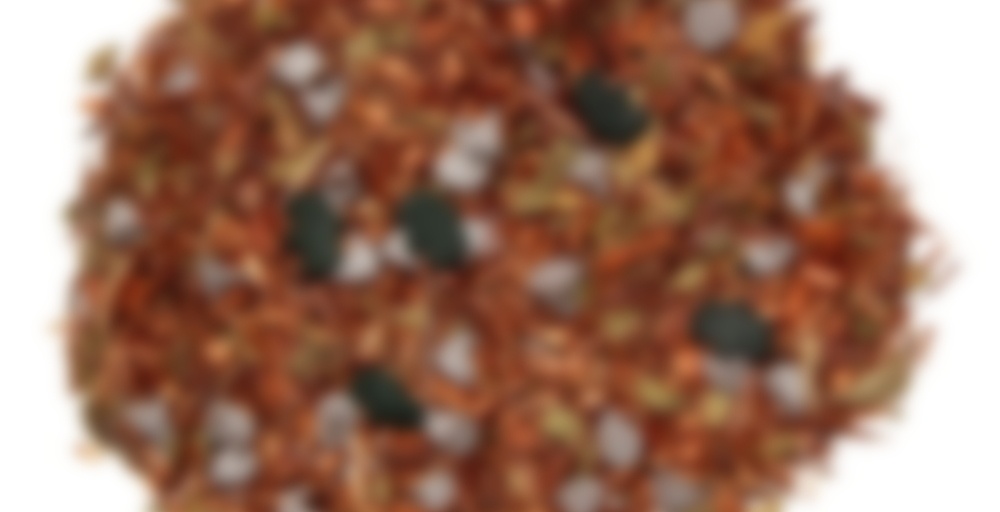 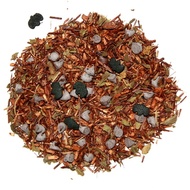 Bats in the Belfry Rooibos

Bats in the belfry… crazy? Yes! And crazy for this tea you will be! Combining black tea with amazing chocolates, mint and a bat, I mean bit of vanilla creates this delicious tea. Throw in some mini bats and you have a scary good treat!

Bats in the Belfry

splendor in the grass

Pause in the Taiga

Ghost in the Machine

I’m all about muddling the holidays, so woo!

This one came thanks to jeweledthumb.

I didn’t actually find this weak like other folks (but I leafed pretty strongly at 2 tsp for my 8 oz cup), but it was pretty much devoid of chocolate flavor. I get a nice mint and a pretty well-disguised rooibos, with a smooth, creamy mouthfeel though.

This was okay, and even really good for rooibos, but give me Butiki’s Peppermint Patty for my chocolate mint cravings, please.

I used a teaspoon and a half for 8 oz, which is slightly more than called for, and this still managed to come out very weakly flavored. I’m not quite sure what happened, but every once in a while Della Terra’s chocolate teas come out this way for me. I was able to taste the mint and chocolate, but they weren’t nearly flavorful enough. I’ll give it a second shot tomorrow, then the rest of this is going on to its rightful owner who graciously let me sample it.

I think it is the same tea with different sprinkles. I didn’t realize this when I ordered it otherwise I would have chosen something else.

Another one I pulled out at Halloween and then brought to work. It’s one of the older teas in my stash, and I figured it deserved an outing after it started to languish! This one has still retained a great deal of its rooibos woodiness, but the mint comes out well so that’s not too much of a complaint. A long brew time and a splash of milk help the vanilla to emerge, but it’s not a strong flavour. There’s not much in the way of chocolate to be found here, even though there are copious chocolate chips in the dry mix. Maybe a hint in the background.

On the whole, this one isn’t my favourite mint choc rooibos. It’s a little too woody for my tastes, but the mint is pleasantly fresh and there’s a touch of sweetness. It’s not all bad! I’m almost done with this one now, and it’s not one I’d look to repurchase, but I have enjoyed finding out! Again, not really a halloween tea, but the bat sprinkles are certainly cute!

I enjoy the Teavana blend so much more than this one, even if there’s a bit of oily residue. Have you tried that one?

Yay, first tea from my Secret Pumpkin – thanks Short Sorceress!

I decided to drink this not knowing what it was (and I’ll continue drinking it forever just because… I wanted to make the Lamb Chop reference). This tea smells delectably like chocolate. It brews up a weird combination of green and brown… like brown with a layer of green on top. The flavor is primarily rich, thick chocolate, reminiscent of ZenTea Rooibos Belgian Chocolate. There’s something else here too – mint maybe? The mint comes out much more in the aftertaste. I actually rather like this. Which is surprising because Butiki’s Peppermint Patty is very similar in concept and I did not enjoy that tea at all. Maybe it’s the creaminess of that tea that didn’t work for me? This one tastes more like mint chocolate than peppermint patty. Not something I would drink every day but definitely a solid dessert tea.

Like Short Sorceress, I found this very weakly flavored. I used 2.5 teaspoons for my 16oz steeping mug and steeped for 4 minutes. It wasn’t bad, it just wasn’t as tasty as it sounded on the package. One thing I can appreciate is the mint didn’t overpower the other flavors, but I far prefer Read My Lips from Davidstea to this. It just doesn’t even compare (ignoring the whole different base thing).

The blends raw scent is of cocoa. Sweet though with a light herbalness.

1.5 tsp of blend put into an empty tea sac with boiling water for 4 minutes.

Steeped scent is strongly of rich cocoa. Sour and dry.

Flavour is dark, rich and smoky with dry cocoa, sweet vanilla and subtle mint tones. It tastes like mint chocolates. It would seem the base change from black to rooibos has made a grave change (har har).

For pictures and a comparative review between the black base and rooibos base please view my blog.
http://www.kittylovestea.co.uk/2014/10/31/halloween-tea-showdown-2014/