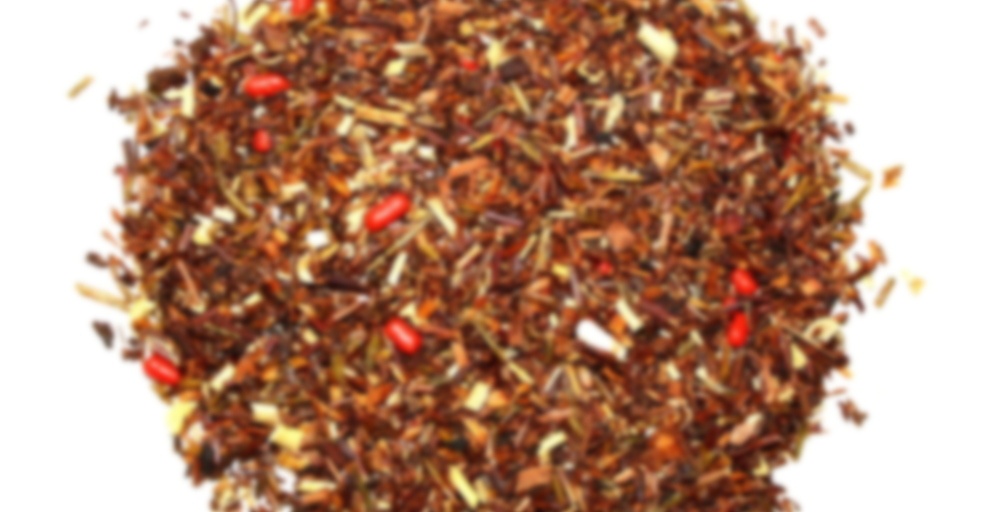 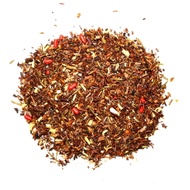 by Della Terra Teas
76
You

Who doesn’t love a smooth, delicious chocolate piece? Well, with this red delight you will be extra satisfied. This tea is certainly for the chocolate lover. Give it a try! An amazing rooibos!

In order to choose a tea for the night, I decided it would be fun to shove my hand in my sample box and just pick one out. This is the outcome of that draw and I am actually really enjoying it. It actually tastes a lot like DAVIDs Red Velvet Cake (I wonder why?! :P) but this is caffeine-free.I actually have a lot of the DAVIDs blend but I think in the future I would actually prefer to stock up on this as I don’t have nearly as many caffeine free options as I have caffeinated choices. I mean if two teas taste the same, who needs both? And this I can drink all day, every day to my heart’s content.

Why do all Della Terra teas taste and smell the same to me? Maple syrup -flavored pancake syrup. I’m going to avoid rating this.

Boiling 5 min, 0 sec
Yours I Like This
7 likes
7 comments
Edit

Maybe they use a similar base flavour in everything that just takes over for you. :(

Has to be! I mean, all of their blacks have tasted and smelled identical to me. I feel like I’m wasting tea.

I have a green – double berry burst I think – if you’d like to try. I haven’t even opened the bag, as I have so many greens open still. :) And I have lemon pepper melange I think as well.

As long as there’s zero strawberry in it, I’d love to try them.

Oh, yay! Thanks for checking.

Also had last night during the movie. This smells quite accurate; I like it more than the David’s Tea version which I tried excitedly at the beginning of my newly rekindled tea fanaticism in January and found pretty disappointing (and also weirdly oily). That said, it is quite sweet by the end of the cup (hi sprinkles), which isn’t really a true complaint as Red Velvet is a terribly sweet thing. Makes me realize maybe it’s not really a flavor I actually want many cups of for tea. Anyway, better than David’s, maybe just not my thing in general as a flavor. The things you learn about yourself!

I polished off the last of this tonight. As I think I mentioned in my initial review, it’s a pretty nondescript sweet taste and doesn’t really taste like “red velvet” cake. I’ve enjoyed it after work but I don’t think it’s special enough to stock it.

This tea smells a little bit like chocolate, but you have to really search for it. I mostly smell the rooibos and something that smells like the upside down cake flavoring.

Sipping… I’m not getting much flavor from this blend. Yes, I taste the rooibos, but there isn’t a ton of chocolate flavor here. The finish tastes just like the upside down rooibos only weaker. It also leaves a very bad artificial taste in my mouth.

I really didn’t like this one as much as I wanted to. I’m all about the sprinkles and chocolates in tea, but this one was gross.

Thank you, VariaTEA! I’m loving this one as well, and at this point I’m thinking DT’s rooibos blends are my favorites. It’s creamy, creamy, creamy with that cream cheese icing tang. I’m not sure it’s quite red velvet in flavor (I’m picky there), but it is cakey and delicious. I’d definitely restock it, but this is a sad sipdown for now.

Ah, now I see what people have been complaining about with the preparation feature. It was 1.5 tsp/8 oz.

Mmm… chocolate. It smells and tastes of chocolate cake. The flavour is really similar to this black blend I very much like. Kinda mild, but still good.

Another one that made the entire office kitchen smell like cake. This one reminds me of Della Terra’s Birthday Cupcake in scent, and I enjoyed that one so I’m feeling encouraged. I gave 1 tsp of leaf 3.5 minutes in boiling water. The resulting liquor is a medium red-brown, with a slightly oily scrim assumedly caused by the sprinkles and chocolate chips.

To taste, it’s pretty nice. It’s another tea that tastes as good as it smells, and that’s always a bonus in my book. It’s almost red velvet, although the chocolate is a little weak for my liking. There’s a light cocoa note in the initial sip, then a whole lot of Della Terra’s “cake” flavour (I still have no idea how to describe that, other than rich, vanilla and somehow baked), followed up with the fleeting sweetness cream cheese icing. Pretty delicious!

The base here is rooibos, but the flavouring is so strong it pretty much drowns that completely. Not that I’m complaining – rooibos is okay with me, but I like to avoid its woodsiness where I can.

On the whole, this is a satisfying cup. It’s another Della Terra tea that makes a great dessert replacement. Sweet, rich, and as close to liquid cake as it’s ever going to be possible to get. Om nom nom.

Thank you so much to OST for sending me this sample, Im a newb on steepster and have no idea how to tag or bold your name! But thank you so much for this tea sample. Ive had about 2 cups now and finishing up the last of the sample tonight. This is DELICIOUS! Reminds me so much of Davids red velvet and birthday cake tea. I doubt I will purchase this as I can get something similar from DT, but I loved being able to try this. Yumm.

Happy you liked it. Also it took me forever and eternity to learn how to bold words. You put * at the beginning and end of whatever you wanna put in bold and it should work. :P In case you’re still wondering haha

Perfect! Good to know, thank you :)

Thanks to Ost for sending some of this my way. I wish I could say I like it, but I really don’t It doesn’t taste like red velvet at all to me. Maybe I steeped it too long and the rooibos got too strong? I don’t know. There something about this that is just not doing for me at all. Of the few Della Terra teas I’ve tried, I haven’t liked the majority of them. So far, it’s Grandma’s Pumpkin Pie FTW.

Grandma’s Pumpkin Pie, Chocolate Pumpkin Pie, Lemon Chiffon, Lime Chiffon, and Winter Nog are some of the very best Della Terra teas. Blueberry Crumble & Pineapple Upside Down Cake are also pretty good. They also make some great minty/chocolatey ones with black or rooibos bases (can’t recall names, and I think some are rebranded for different seasons). A lot of their other teas fall pretty flat though, tbh.

Once upon a long time ago, I did a comparison of pumpkin/pumpkin spice teas, and Della Terra won out over DavidsTea’s Pumpkin Chai, Butiki’s Pumpkin Creme Brûlée, and I believe there was another in there too, which was pretty boring.

Oh I’m so glad to have some recommendations for Della Terra teas because it really hasn’t gone well for me. I’m looking forward to trying Pineapple Upside Down Cake in a swap I’m doing soon. I unfortunately am not a fan of chocolate & mint together (I know…I’m the only person in the world that feels this way), so I’ll bypass those. I’ll be on the lookout for Lemon Chiffon and Winter Nog, though, as well as the Chocolate Pumpkin Pie. Thanks, Kittenna!

If I actually had those teas in my cupboard still, I’d pass things along! I don’t know if they’re all still available, since I last purchased from there probably 1.5 years ago haha.