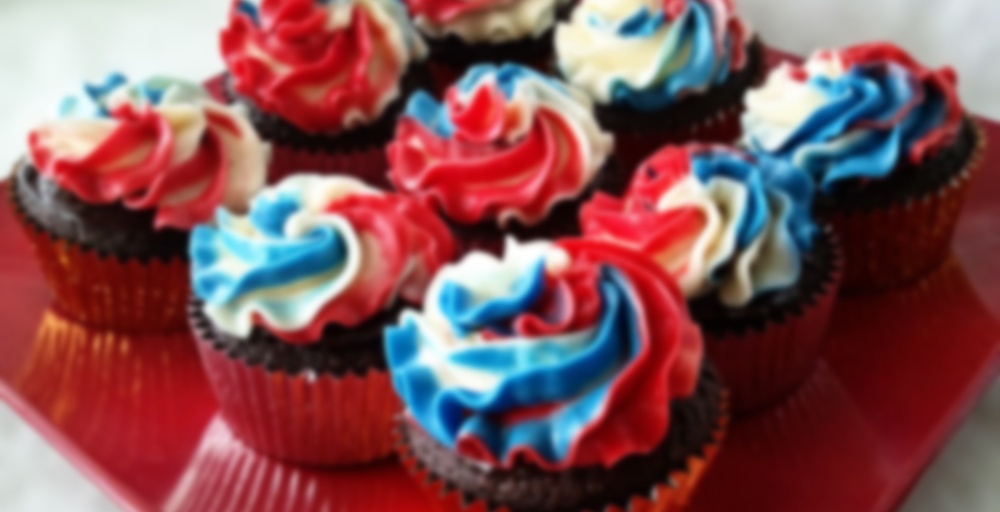 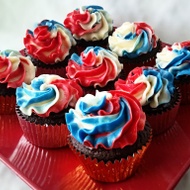 by Della Terra Teas
80
You

I did not expect as much chocolate as I am getting from this cup. I was always more a vanilla cake kind of girl and I suppose I had hoped for the to translate in this cup. It is not bad though, just different than what I expected.

Good to know. I am also a vanilla cake kinda gal.

I wonder how similar this is to their white chocolate coconut cream now that I’ve read your note on this..

They are very different. This is more a chocolate black tea with notes of coconut while White Chocolate Coconut Cream is very sweet and tastes strongly of coconut

Birthday Cake. Yup, that about sums it up. Vanilla cake, with a black base seems somewhat counter intuitive but it works. It really does.
Bare, it was a little astringent/sour for me, so I added some milk and a dash of sugar. I figured that would make it more realistic anyhow. And I was right!!
This kinda had the consistency of white hot chocolate now that I think about it, only with a “cake” or icing flavour more than white chocolate.
I quite literally feel as if I’ve eaten a slice of cake. Perfect for those days when I’m craving something sweet!
Although I can see what people mean about it tasting a tad artificial. Between that and the oily film on top, this may turn off some of the tea purists out there. Ah well. For some reason in this one, I don’t mind so much.

Also, this is one I’d consider reordering. I suspect I will want more once the packet is done!!

Is it anything like Pineapple Upside Down Cake or David’s Red Velvet?

i thought it was a little like david’s red velvet, but better, personally.

I really liked the red velvet, except for the slight twinge of artificial flavouring. This one is just like that, except it’s vanilla, and I don’t get that artificial bite.

I’d say it isn’t much like the upsidedown pineapple cake, this is more cakey I think.

I think I now understand what people on here say about some (most) Della Terra tasting the same? To me, the smores and the eight candles are quite similar probably because of both having marshmallows.

Well, this one and pineapple upside down cake are quite similar also.

If I close my eyes and smell I can’t quite tell the difference. Ditto for the aroma of the brewed tea. This is not really a criticism it’s just… why would I buy different ones if they’re all the same? Just buy a big bag of the one and Bob’s your uncle.

Smells cakey. Brewed, it doesn’t deliver what your nose picked up. It actually gets better as it cools. A lot better. Ah, maybe I just miss my vanilla creamer to add the creaminess and mouthfeel. All I added was a bit of sugar. Not making this one a staple either. (I am, however, making a staple of the almond biscotti from Della Terra. Wowza!)

Lol at Bob’s your uncle. Being French Canadian and having lived my whole life in french speaking communities, there’s a lot of English expressions I’m unfamiliar with. i’m guessing this one means and you’re all set or something like that?

…And Bob’s your uncle is an expression of unknown origin, commonly used in Britain and Commonwealth nations. Typically, someone says it to conclude a set of simple instructions, similar to the French expression “et voilà!” or the American slang expressions “…and that’s that,” or “…and there you go!” (Source: Wikipedia)

Cute, thanks for the info, I like it! I’m gonna add it to my répertoire, but can’t use it much around here, people are likely to let my know that Bob is NOT their uncle, lol!
Will keep it for Steepster, haha!

it’s a cupcake tea and I just got it for fun. I love fun!
It’s a cute and playful tea. But no attachments were formed.

Since it is my birthday, ok not anymore since I took a nap and it has passed midnight…don’t judge me, I had too much cake and needed to sleep it off. It was a delicious Pumpkin Cheesecake Swirl cake made for me by Ben, it was so good I had to have a slice when I woke up from the nap. I might be addicted to to this cake.

Some cakes come in forms other than cake, like cupcakes! Actually no, those still count as cake, how about icecream and tea? Those are cakes that transcend the reality of cake but yet still maintain the idea of cake. Maybe I am still groggy from my nap.

Birthday Cupcake is a tea by Della Terra made from a blend of Black Tea, Coconut, Cornflowers, Cake Flavor, Chocolate bits, Chocolate flavor, and Sprinkles! This tea is very colorful and pretty, and of course smells delicious. The aroma is very creamy and sweet, a bit of coconut and a bit like vanilla. There is also the aroma of chocolate and vanilla, both similar to a liqueur or like sniffing a bottle of extract. The aroma is very much so a German Chocolate cupcake with buttercream frosting, it smells like dessert!

Steeping the tea makes the room smell crazy sweet and creamy! The aroma has more coconut and the chocolate becomes much richer. The leaves have more of a general baked dessert rather than a specific dessert aroma. The liquid however should have a floating candle plopped in it to make a wish on because Holy Cake Batman! The aroma is so clearly German Chocolate cupcake with frosting that it is surprising that it is fact not a cupcake. Very rich, blending coconut and chocolate with the creamy vanilla aroma.

This tea was torture while it was steeping, I wanted to drink it because (well, when I was officially tasting it) I was having a serious cake craving. The taste is sweet, creamy, and chocolaty! The coconut flavor really shines through mid mouth giving the chocolaty taste an added buttery smoothness. It has a slight liqueur taste reminding me a bit of my chocolate rum balls, even though it tastes like liqueur it does not make it have a ‘fake’ taste and makes the taste richer. This tea is quite decadent with its aftertaste of buttercream, as it cools the creamy taste intensifies. Adding a touch of cream and sugar makes for a tea that is intensely rich, very much so a dessert tea! The sprinkles give the liquid a tiny bit of a pink tone, sadly though if this tea gets cold it gets a waxy film from the same sprinkles, so make sure to drink this tea hot.

For blog and photos: http://ramblingbutterflythoughts.blogspot.com/2013/11/della-terra-birthday-cupcake-tea-review.html

I hope it was a nice one!

Thank you all! It was pretty awesome :)

Had for afternoon tea with an old easy peasy favorite I used to make with my parents, fresh-from-the-oven caramelized upside down pear tart ( http://www.epicurious.com/recipes/food/views/Caramelized-Upside-Down-Pear-Tart-14504?id=14504 ).

This is not bad, smells and tastes like a sugary cupcake with sprinkles. Feels a bit redundant with Red Velvet, but this one has a black tea base (which you can taste a little more of as it cools) and the other’s rooibos IIRC. Not sure which I like better, and I have a feeling I prefer Fusion Teas Chocolate Cake Honeybush (they’re not terribly similar; CCH has a floral element that makes it seem a little more like grown up chocolate cake than kid’s birthday party-type…and I definitely feel there’s a place in the world for both types!) over both of those. Husband with his darling sweet tooth enjoyed it.

So I had a cup of this for my birthday, which is today.

It does nicely smell like coconut chocolate cupcakes. The flavour is sweet, and cakey. And the chocolate comes out well with the coconut. Since I brewed without enough leaf, I think I need another cup.

I got this tea in a swap. I quite like it.. its sweet, and the coconut really came through in my steep of it… not too bad at all… i still like their monkey bread better though :)

I ordered some of this in a sampler pack and I am definitely excited to try it! Glad you enjoyed it :)

its not too bad at all! i’m not usually a fan of ‘cake’ inspired teas.. but this one was quite different.

Sometimes I just want to eat cake! And this is one of those mornings apparently. I am working to whittle down the older teas to make room for placing new orders and this caught my eye. It had been a while and it perfectly matched my craving, so there we go. Vanilla, cakey goodness with a touch of caramel perhaps. This is a straight-up bakery tea without overly complex nuances. I am not sure how much caffeine I am getting with it, but I imagine it is a bit weak for a morning cup and the color itself is very light brown. That said, I can sleep whenever I want today so I don’t mind at all. And the sweet aspect of this tea is anything but weak. Yum!

I forgot to log this one last night, so I am backlogging it now! I may update this in a bit though. I was so excited to receive my samples in the mail! The dry smell is warm and buttery. It took me a minute to realize that it smells nearly identical to David’s Tea Red Velvet Cake (which is one my my favorites). It also smelled similar while it was brewing and tasted nearly identical. I did not taste the coconut in this one.

I enjoyed the cup, though I think I will make this and Red Velvet Cake and try them both simultaneously to see if they are essentially the same tea. In good news, I only have one more class to complete work for before I have the week off! I designated this as my work day, so I can try to get it all done and not have to worry about anything next week. Thank you Courtney! :-)

I’m glad you enjoyed this one :)