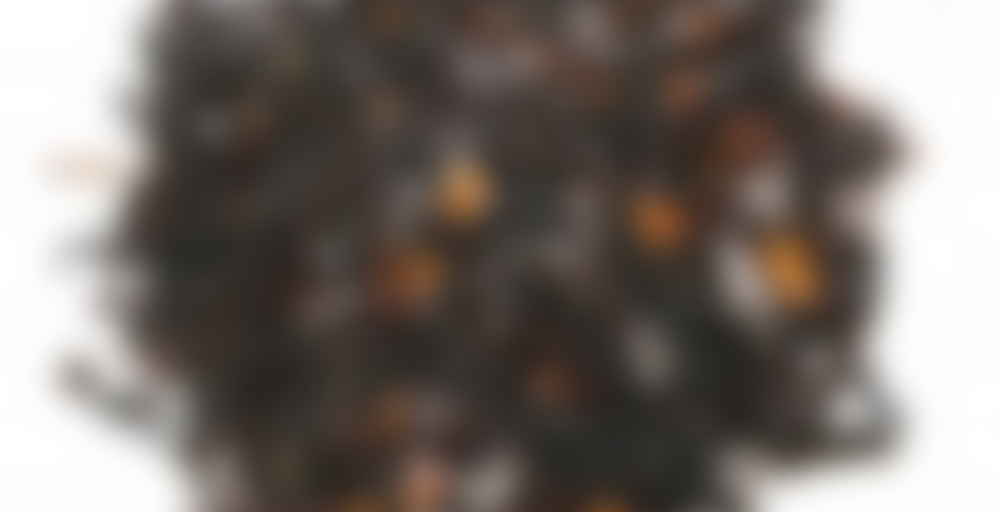 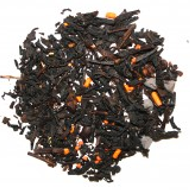 by Della Terra Teas
74
You

Thanks Dexter3657 for this sample!!

This is an interesting tea for sure. It actually does smell like peanut butter to me. When I tried it for the first time I tasted some peanut butter but it almost tasted burnt to me. However, upon my next few tries I realized it wasn’t burnt and I began to taste the chocolate notes a bit more. All in all, I think this is a good cup of tea and I am glad I have enough of it to enjoy another cup (maybe then I will be able to fully wrap my head around it).

ETA: I resteeped this one and whatever I did not like in my very first sip seemed to intensify during the second steeping. I ended up throwing the cup down the drain.

Any idea whether this was renamed on the Della Terra site? I tried looking for some to throw in a sampler, but I couldn’t find it (though I swear it was there just a few weeks ago) :S

yeah I checked the site too and can’t find any

Hmmm… I ordered that in my massive September binge buy – but you are correct it’s gone :((

Blah. That’s a shame. It’s one I was really curious about.

I don’t have any more to send you. I only got it in a sampler and drank half and sent the other half to VariaTea….

Don’t worry about it at all. I’m just going to blindly hope that they’re tweaking the blend or renaming it or something – and it’ll be back on the site eventually for me to try. But it’s really not a big deal – there’s way too many things I want to try anyway, so it’s probably a good thing (financially, anyway).

Let me just start this by saying, I love peanut butter. And peanut butter with chocolate is even better! I finally got around to ordering a try me sampler, and I tried them all today! Ya, 5 cups of black tea in one day! Wheeeeee! Anyway, I really liked this tea. This was probably my favorite of the 5 teas. It has both peanut butter and chocolate notes, but neither overpowers the other. It was a pretty good balance, actually. I also have to confess I don’t much like Della Terra’s chocolate teas; however, mixed with the right stuff (a.k.a. peanut butter…oh, and I also like s’mores), it works! Those that don’t like sprinkles will shun this tea, but if you are going to have a tea that tastes like peanut butter fudge, it’s not like it’s gonna be fancy….bring out the fun! This is definitely a reorder. :)

Ooh, I’m in the same camp. Don’t care for their chocolate teas except S’mores works for me for some reason, so you’ve convinced me to give this one a chance!

You should! I also tried salted caramel & chocolate and was less enthused, though….gonna give that one another try before posting.

Have been looking for a good peanut butter tea too. :)

Would you say their Salted Caramel is better or worse than David’s?

I haven’t tried David’s yet. Will have to!

Another sample that’s been sitting in the drawer for too long. I wasn’t too optimistic about it as I don’t tend to love the chocolate flavored teas. But I do love peanut butter, and it’s swap drawer cleaning day so….

This tea is surprisingly… ok… not a reorder, but not a dump out either. The chocolate is decent flavor and the peanut butter is very mild. Overall, probably a good tea for the chocolate tea lovers in the crowd.

What’s funny about this tea, is I like it for the peanut butter…not the chocolate! Ha!

yeah, the peanut butter’s what interests me about this one…i have too many chocolate teas but no peanut butter.

Doh! I had planned to make myself a peanut butter sandwich later today… so without realizing it my brain went “peanut butter tea!” when I was choosing what to have today.
Huh. Funny how my brain tricks me…
I guess I’ll have to find something else for lunch, because I’d really like to savour the memory of this cuppa. It’s lost some intensity in flavour, but it was still quite delish.
This time, I let it steep an extra minute or two so that I could add a few drops of milk and it turned out just like a reeses pieces. I’m bumping the rating a few points, it was so yummy.

I’ve been having a peanut butter and honey sandwich for lunch almost every day. Can’t beat it! :D

Oh yeh love pb and honey, maybe with some banana!

For work this afternoon I decided I wanted to do a couple sipdowns, and since I saw this one back up on the Della Terra site last night (although, only available in the 1 oz. size) I figured I didn’t need to hoard this any longer and could ‘afford’ the try it: this way if I do like it then I know that I could put in an order if I really wanted to.

So, sipdown! For my 8 oz. mug I used the whole sample I received from Janelle’s tea sale – about 1 tsp. and a half. In boiling water, I let this steep for four minutes. The liquor was a little swampy and oily looking, not unlike the oil from when peanut butter separates. I’m going to attribute this to the peanut butter morsels and sprinkles.

I tried a few sips hot before I poured it into my water bottle, but it was super hot and I just ended up burning my tongue and not tasting a whole lot. Now that I’m at work I’m drinking this at slightly warmer than room temperature. The smell of the liquor is the sorta of trademark “fudgey chocolate” I associate with Della Terra. For whatever reason their chocolate teas taste different to me; more rich. Whatever kind of chocolate they’re using is probably my favourite that I’ve accounted thus far. And, I do get a very faint smell of peanut butter. It is clear enough, though, that I think I’d be able to know I was smelling peanut butter if I was blinding smelling this without knowledge of the ingredients.

Taste wise – this is very nice and fudgey chocolate tasting. I’m impressed in that regard, at the least. The peanut butter is mild, and I definitely wanted it to be at least equal in taste to the chocolate – and it’s not. However I only noticed one small peanut butter morsel in the leaf I used so if there had been more perhaps this would taste closer to what my expectation was. I guess another thing that could be a factor is the temperature I’m drinking it at – perhaps hotter the peanut butter is stronger is flavour.

I think this might be worth investing in another ounce sized sample of, just to test that theory out because ultimately, even as is right now, this isn’t bad by a long shot.

Ummm wow okay i just received over 150 email notices from steepster hahah! like from the past 3 days all at once. it’s tea chaos!!

my della terra order came yesterday !! hello malt shop my old friend!
had to try the peanut butter fudge of course.
It’s a nice treat. Basically kinda like malt shop with a tinge of peanut butter added. And colored sprinkles? that’s cool. it can be my birthday tea. celebratory and stuff!
malt shop is still my current fave, but happy to add this to the heart pile.

Haha me too on the emails! This morning I was like, WTF happened to my inbox?!

That’s awesome! Happy early birthday…. Mine was last month and I’m only just now getting a chance within the week to place my butiki birthday order lol

This tastes like every other Della Terra tea. I get chocolate and nothing else. I’m not tasting any peanut butter.
This is disappointing to me. Not awful, just doesn’t live up to my expectations.

Yay, first note for this tea! I received a sample of this new Della Terra tea with my last order.

It has that characteristic generic chocolate-flavored-tea smell that has never before led me to a good flavor. Believe it or not, this tea did not taste as repulsive as I had expected. It’s no where near a “wow” in a cup, but it’s reasonably enjoyable. I’ve dumped all other chocolate based DT blends only a few sips in, but this one I can finish and without making faces.

The tea base comes through more than I expected, which is nice. The peanut butter notes are very faint and I might not have recognized them if I didn’t know they were supposed to be there. All of the sprinkle and candied bits dissolve and fall to the bottom, so it might be a good idea to stir this tea occasionally unless you want a surprisingly sweet finish.

Not a tea I’d buy again, but I’d be willing to drink it again.

this MIGHT be the kind of tea that i’d love. i keep hovering over the ‘buy’ button but damnit if i don’t still have a ton of swap teas to drink hah. i’m gonna earn this weird peanut butter tea if it kills me!

This I’m pretty disappointed with. It’s not bad exactly (it’s not something I’d dump down the sink), but it doesn’t really taste like peanut butter. Really, it doesn’t really taste like chocolate either. I’m getting a faint dessert like smell and slight taste. Again, it’s not bad, it’s just not good or memorable. Glad I only got the 1/2 ounce sampler.

(I even added sweetener, no dice)