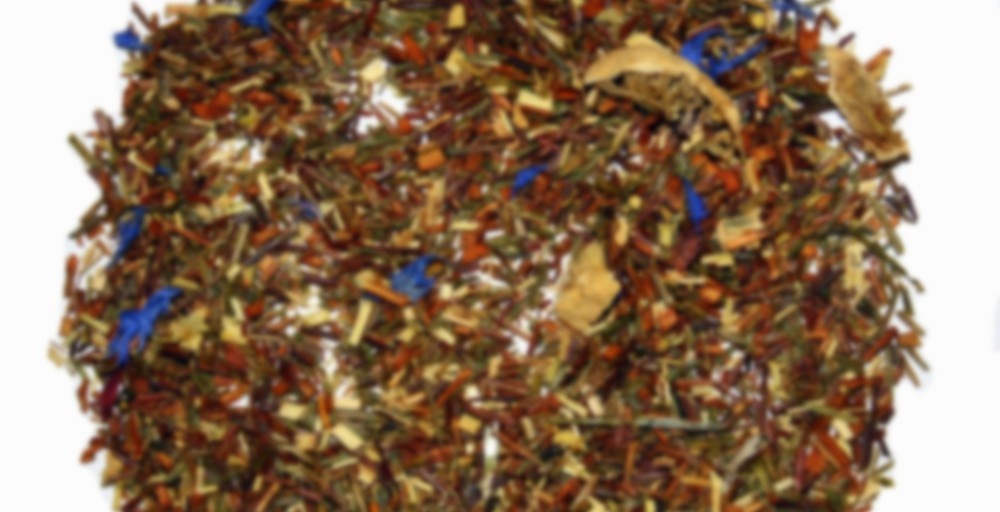 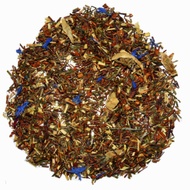 Midnight in the desert, shooting stars across the sky. Those lyrics come to mind when sipping this delightful rooibos! The amazing flavor of peach and mango are combined with cactus flowers in this green rooibos. You can taste the flower in here. Delicious!

Last day of my undergrad degree today! Whoop! Unfortunately I am in super freak out mode, our big presentation is tomo and we haven’t rehearsed/finished it yet… Gahhhh. Hope we get it done! Anyways, i oversteeped this tea today by 2 minutes, but it’s not bad. Comfort teas will be in order tonight to attempt to relax for tomorrow. See previous notes on this tea.

ETA – speaking of comfort teas, i see that my 52 teas was out for delivery today!! That also means my whispering Pines shouldn’t be too far behind, as I ordered it before the other. Hope it’s there when I get home!

You can do it! :D Good feeling, huh? I have my last exam next Friday…

That’s one of the best feelings ever. Congratulations!

Thanks everyone! It does feel pretty good,but will feel even better when i’m done the presentation and my exams :)

So I am sitting, bundled up on the couch, sipping this tea and watching Grey’s Anatomy with my roommate. Unfortunately, this tea is not as delicious today as I remember it being the first time I had it. It is still super tasty just not the heaven in a cup I remember. Thank you JennyFur for sharing, this tea will be missed!

I had to drink this one because the chocolate rocket gives me too much of a boost at times and I don’t want to get dizzy! This is very mild in comparison. I think I like green rooibos, although I haven’t run into it much.

I accidentally steeped this for about 8 minutes (or maybe more?) because Work got in the way of Tea, but that might have been for the best. The peach and fruit flavours are more pronounced than I remember, and it’s a pretty enjoyable cup. Would I get it again? Probably not. I think Rabbit’s Garden was a bit better for when I’m feeling peachy.

Cavocorax sent me a package full of samples yesterday! As soon as I opened the envelope my kitchen took on the aroma of a cupcake shop. I’m very curious to find out which one (or ones) produced that smell.

I don’t think this one in particular contributed heavily but there’s no denying that it smells sweet too, in a fruity way. I had half the sample amount last night and am finishing the rest off this afternoon. The strainer that I used yesterday that I haven’t yet properly cleaned smells of lychee.

I don’t usually eat dragon fruit on its own, but it’s awesome in a smoothie or milkshake. This rooibos blend probably has nothing to do with dragon fruit, except that both of them are connected to “cactus”, make me think of a (not necessarily) white centered “fruit”, and have a sweet but watery flavour (ok, that may be a lot to do with dragon fruit).

I found this to be a bit watery when steeped under five minutes. I also enjoyed the fruity, and floral notes are more when it had cooled down. If I had more of this I’d probably play around with it a bit and see if its watery body could hold up as an iced latte.

Not a fan of the flavours in this one. They kind of jumble together to create a melange of fruity sort of kind of going on thing. I does remind me, as miss lena mentioned, lychee but not the kind of lychee i enjoy in a tea. Overall glad to try this but happy it’s a split with 2 other people :)

woah, the dry leaves smell AMAZING!
Smells like a mug full of tropical fruit while steeping.
this tastes very tropical, with a green taste. for some reason the first thing that came to mind with the green taste was aloe Vera, no idea why though.
once steeped, it’s fruity & floral smelling, kind of like perfume.

really like this, it would probably be amazing iced too.

Sipdown 13. Oh, yum! I forgotten what was in this blend (aside from the cactus flower), so at first I was thinking I’d imagined the peach flavor after drinking so many peachy teas today. Turns out it is an ingredient. This blend has a great natural sweetness from the peach and mango. There’s a taste and smell to this blend that I just can’t identify, but I suspect must be the cactus flower. It’s quite delicious. I think I’m starting to really enjoy green rooibos.

Yum! I think this is the best Della Terra Tea I’ve tried so far! The dry leaf smells fragrant and perfume-like. I didn’t detect any really artificial smelling things like DTT’s Oatmeal Raisin Cookie, which was a relief.

On first taste it oddly tastes like cactus pear, especially since it feels so thick in the mouth. I guess that’s due in part to the cactus flowers? I did a double-take and had to look at the ingredient list to make sure I hadn’t skipped over cactus pear in the list. As I kept sipping I started tasting the fruit flavors and it started tasting less like cactus pear, but it still tasted good. I’m glad the peach flavor didn’t overpower the whole thing like in a Rabbit’s Garden. The after-taste is a little tart, but not bitter.

I don’t know what a cactus flower should smell like but this tea reminds me of men’s aftershave. I’ve been mixing it with a green tea mao feng to make it more tea-like.

This 1oz package was a surprise from the Spring Mystery Box.

I was so happy to get to this one – I was starting to worry that none of Della Terra’s flavorings would be for me. But this put that concern to rest!

Other tasters are spot-on when they say this smells like lychee. It really does. It brews up into a burnt orange color and some of the lychee similarity comes through in the taste, though I’d say the mango is the predominant flavor. This tastes best slightly cooled down from hot.

A 5 minute steep was honestly a bit short. I’d say you need at least 6 minutes to get a real fruity flavor out of this.

Boiling 6 min, 0 sec
Yours I Like This
3 likes
0 comments
Edit