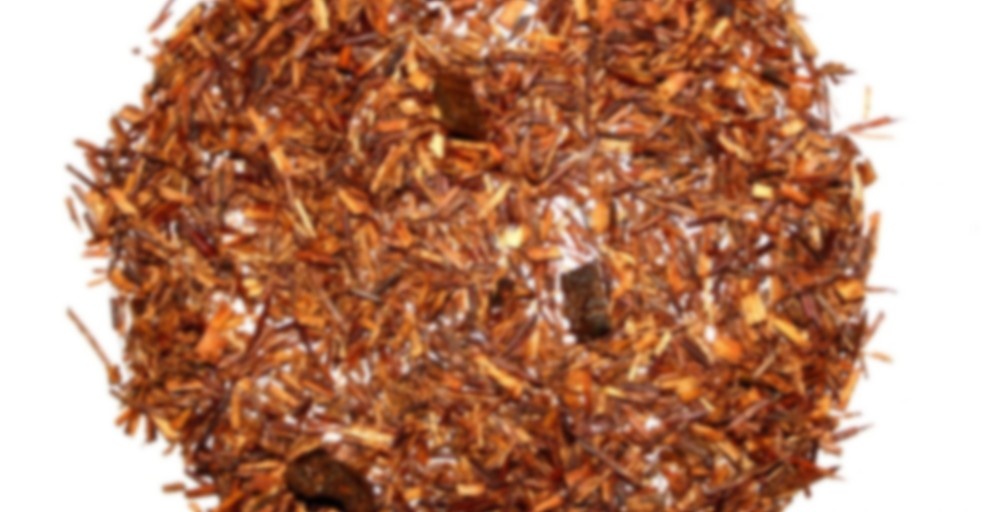 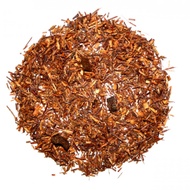 by Della Terra Teas
77
You

A delicious vanilla cream combined with roasted rooibos. A sure favorite for vanilla and rooibos lovers! Give this a try, so creamy and packed with amazing vanilla flavor!

Ahh I’ve tried 3 other of my new Della Terra teas but didn’t have time to write notes for them! All were very good :) I will get around to writing notes once I have cups of them again! Anyways, I am writing a note for this one haha. I got it in my try me pack because I love rooibos and vanilla.

The dry smell is very vanilla, like, a lot of vanilla. I think there may be some vanilla bean bits in the bag making it very rich, it definitely smells like very strong vanilla bean ice cream. Not bad :) I steeped for somewhere around 4 minutes. The steeped smell initially was very vanilla, but at the end of steeping, I get mostly rooibos. Hmm, where did the vanilla go? Ah! The vanilla returned a bit after the cup had time to cool!

Now for taste…yes, it did not disappoint! At first all I got was rooibos, then the aftertaste hit…yep, lots of vanilla! I can definitely see the likening to cream soda with this one, it has a very sugary aftertaste that is almost spot on to it! You still get a vanilla-beany taste though in the earlier aftertaste.

Overall, I’ll admit, I was a bit skeptical on this one, but it turned out to be a rich, vanilla creamy filled dessert rooibos. I shouldn’t have been worried, Della Terra knows what they are doing with rooibos flavoring! This is a nice decadent treat, very nice as a dessert or before bed, or during homework, as I am doing right now.

Aww, I hate when a rooibos smells so tantalizing but then it all just disappears.

It actually came back a bit after cooling, and the taste is definitely vanilla :D

apparently vanilla + rooibos = no thank you for me unless there’s something else going on in the tea. On the plus side, that means i get to leave all the rest of the sample pack for kittenna hahaha! :)

It’s not bad, but i much prefer creamy vanilla + something else rooibos.

How about creamy vanilla & something else…LOL.
I keep trying to like Rooibos, but it just always seems to be missing something.

Heh. There are a few rooibos teas out there that I like quite a bit. Never going to be my favourite but S long as they don’t carry that “rooibos” taste, I’m good

And that’s where the problem lies, since Rooibos is the base, it’s flavor is always there.
It goes good with some things, like the peach tea you sent, for ex. That one was tasty, thank you! But with other things, it’s just not a good mix.

I love vanilla rooibos teas and I enjoy trying out new ones from different brands. There’s something about the woody rooibos and the soft, creamy vanilla that I adore. I realized that I am not the biggest fan of honeybush and so I was pleased to see that this was just a rooibos tea and not a rooibos & honeybush blend. This is a nice and smooth cup. I’m not sure if this particular rooibos is like this on its own or if it’s the addition of the vanilla flavoring that helps make it soft on the tongue.

This is sweet and has a nice vanilla flavor. I wish that there was something more creamy and silky about this cup. It’d be nice to see more complexity in the flavors, but it’s vanilla and rooibos, so I suppose that I can’t expect all that much. It’s a solid cup of vanilla rooibos, but I wish that it had something more.

Yes! A fellow rooibos fan! We’re so scarce around here, I did a double take when I saw ‘rooibos’ on my dash…

Anna, I love rooibos, too! Glad that you’re a fan as well – there really aren’t too many like us here. It makes such a nice cup, though!

thanks to Anna again for the great opportunity to taste some of these teas!
i just ordered a ton of Della Terra’s Cafe Vanilla and i even have a tin labeled and set aside and ready for filling. that’s how happy i will be to have it on hand. vanilla is easy!
i’m really into having some hot herbal tea to drink in the evening as i read.
it’s a good habit i’m getting myself into.

Really? No notes for this one? Well I received a free sample of this with my last order. The aroma of this tea is very rich. The flavor is pretty creamy with vanilla. My boyfriend mentioned that it tasted like cream soda. It’s a pretty simple blend but it’s delicious when done right. Thank you Della Terra!

Cream soda?! Oh goodness now I want to try this one, but I can’t drink rooibos much. First world tea problems.

It’s definitely one of the better vanilla rooibos blends that I’ve had. I haven’t really been a rooibos fan but Della Terra is changing my mind lately :]

It does sound good!

I’ve been sadly slowing down with reviews lately on account of drinking less tea and also I’ve been drinking boring old peppermint tea bags because my gut issues have been acting up at an insane level.

Ordered this with a few other rooibos from Della Terra as I’m looking for more caffeine free options and so far I’ve been impressed with this company’s rooibos offerings.

I drank some last night, and I think I’m with Sil in that I need something else to help hide the rooibos taste, as the vanilla alone isn’t sufficient given that I don’t really like rooibos. Their Blueberry Creme and all the lemon/lime chiffon/cream tart teas blow my mind, but this one is too much of the hay like medicinal taste. I will probably still drink it but maybe I will add some maple syrup or something, haha.

I am wondering if I should have tried the caramel rooibos instead?

dunno if you’ve tried it already but if not: American Tea Room’s Choco-late is a rooibos-based chocolate tea that tastes a helluva lot like Swiss Miss hot cocoa. In case you need more ideas of rooibos-based stuff that isn’t icky.

You know those nights when you want a bedtime tea but are not in the mood for anything sugary, tart, spicy or minty (you know, like the tea equivalent of staring into your closet and exclaiming that you have nothing to wear)? This is the perfect tea for those times.

The flavors are simple but satisfying; vanilla and cream with just a little touch of sweetness at the end. Adding milk enhances the creamy feel (and makes you basically forget you’re drinking rooibos). It’s a nice comforting cuppa before bed. This is the one that hits the spot when I’m not sure where the spot is.

This tea has a nice scent, kinda like ice cream. It has a nice, creamy vanilla flavour. Tastes like vanilla ice cream and cream soda.

This was part of my massive Black Friday haul. I’m increasingly realizing that there is a law of diminishing returns for good sales on tea. The more tea you buy, the less likely it is that you will be able to enjoy all of your teas at their freshest and tastiest. Pu’erh can be the exception that proves the rule.

Anyway, I can tell from my first tasting note that this tea is capable of being very good. And I would expect it to be, since I still adore Della Terra’s cream flavoring. Alas, I think this tea’s gone bad. I have brewed this up several times over the past few days and always run into the same problem: no matter how much leaf I use or how long I steep, I can only eke out the tiniest bit of flavor from this blend. Mostly it just tastes like rooibos. I had this happen once before with a chocolate-flavored rooibos from another company. It was delicious when I first got it, but when I came back to it again after a few months it had lost all its chocolaty goodness. Neither blend actively tasted bad. It’s just that the flavoring had gone bye bye.

I mixed 2 tsps of this with 1/2 tsp of cinnamon chips and let it steep for 20 minutes. The result was a smooth, slightly spicy, woody brew. I think the best use of this tea now may be as a base for playing with add-ins. Perhaps some dried orange peel next time?

I’m not changing my original rating because the loss of flavor is my own darn fault for letting it sit in a cabinet for 6 months.

Smelled vanilla, but didn’t taste it. Not giving up…