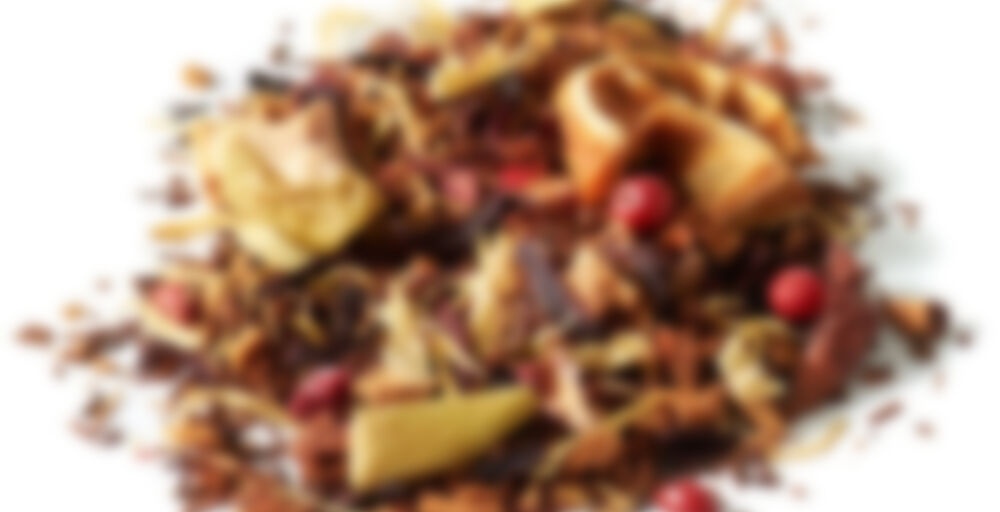 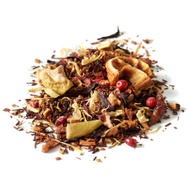 Inspired by the tradition of finding a mandarin in the toe of your Christmas stocking, this holiday blend is—as you may have guessed—delectably sweet & citrusy. Made with real orange pieces, whole red raspberries, rooibos & pretty hibiscus blossoms, every sip is a festive celebration. Add a splash (or two or three) of bubbly for that true mimosa flavour, or sparkling water if you’d prefer a mocktail. Bottom’s up.

This citrusy blend is caffeine-free, making it perfect for everyone.

It’s an amazing base for cocktails, and not just mimosas.

Deep citrus featuring a hint of red fruit and a slightly boozy finish.

Sweet, bright and citrusy! I tried this hot this morning and I love the fruitiness of this rooibos based tea. It does contain stevia for a little sweetness, but I think the fruit is also lending some natural sugar as well, and the citrus flavour covers the stevia aftertaste for me, so it’s not offensive. I love it hot, but I bet it will be even more delicious iced!

This one smelled great, but the flavor was a little tart and strange for me. I added some oat milk, which added a creamy element that it was definitely missing. I personally prefer a lighter, fresher orange flavor. This one was heavy, tangy, candy-like, and artificial. I’ve had it several times now, and I’m just not a fan. Maybe the rooibos base and flavoring don’t get along well. I’m not sure, but there’s something weird happening here.

I wasn’t a fan of this one either, but I might try it iced with an addition to cut the artificial sweetness. I’ve been listening to Steeping Around podcast (Maya tea) where they drink a lot of iced tea in the Arizona heat. He’s got some interesting suggestions for adding to iced tea, muddled herbs, booze, fruit juice. Maybe I’ll play around with this mimosa to sip it down.

Those are some good ideas! I tossed this in my swap box because I guess I give up too easily, but I might try some of their suggestions on some other teas I have!

Finally picked this up after seeing some positive reviews; definitely wish I’d have been able to only get a few grams of it to try. It pretty much tastes like a citrus rooibos, with a really nice, bright, sweet orange flavour. I’m not sure if the raspberry adds anything in particular. The stevia didn’t really bother me, but the rooibos was definitely offputting, as it typically is. The rest will be destined for iced tea that, fingers crossed, I do not have to drink.

For anyone not averse to the flavour of red rooibos, this tea probably hits the mark well.

A new tea for the holidays and New Year!

I’m trying to think about when the last time I was this excited for a rooibos blend from DT was, and nothing is actually coming to mind right now. I suppose maybe Bed of Roses/Lavender Buttercream, but those are definitely very different vibes from this one as they’re more relaxing and this is fresh, sweet and fruity! I think the last time we had a new fruity rooibos would have been Cranberry Dandelion Detox?? To be fair, I like that blend too – but it’s more straight forward cranberry and a bit less fun, IMO.

Like, in the last year as I’ve been waiting for this tea to launch I actually finished a full 50g of it – which might not sound like a lot, but bare in mind that I own 1000+ teas so it’s pretty rare that I double back to the same teas in a short time span. I’ve now replaced my finished off 50g with a fresh 100g bag – we’ll see how long that last me, haha.

So what does this taste like!? Well, mostly orange – but a very fresh and sweet orange with more of a berry/red fruit kind of undertone. Think “Blood Orange” but also then factor in the sweet, fresh raspberry that is also incorporated into this blend and that pretty accurately nails the juicy orange/berry vibe of the tea. There’s also a hint of apple, some tartness, and a mild boozier kind of finish. It’s nice as a hot tea, but it’s great as an iced tea or cold brew – and I’m actually drinking it cold brewed now while I work on tasting notes. I should probably be drinking advent teas, honestly, but I just really wanted to make this because I was excited that it was finally officially released.

Honestly, I would love to see this get carried year round – but truthfully it does feel a little bit too seasonal to me, but as a non-chocolate and non-spice blend lover it’s just really nice to see a holiday tea that leans fruitier like this, and I’ve been obsessed with the idea of a “Christmas Orange” inspired blend for a while.

The name of this one definitely got me excited since I loved the Teavana blend of the same name. I’ll have to grab some of this in my next order!