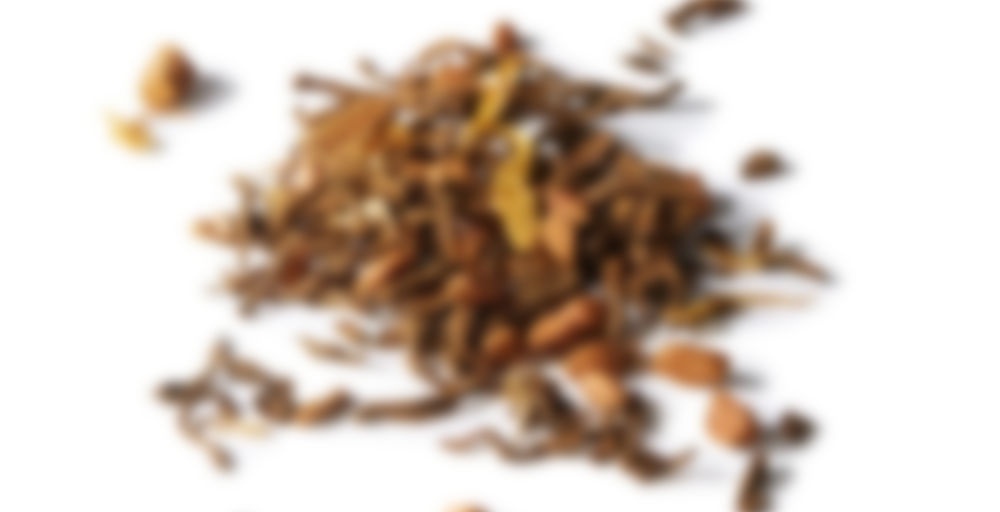 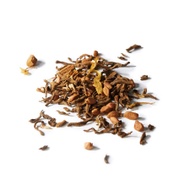 The star of your tea cupboard: A captivating blend of rich shou pu’erh, energy-balancing chaga mushroom, creamy vanilla & über-calming reishi, a super fungi known for its skin-soothing & comforting properties. Sweet, bold and oh-so-smooth, this organic chaga tea is a delicious way to help get you back to your natural rhythm. Try it with a splash of milk for the ultimate adaptogen latte.

Another one of the new teas from the most recent collection – Reset/Recharge.

This one is online exclusive, and I actually tried it for the first time yesterday despite having been around for the entirety of its development. Why only just now? Well, people here on Steepster who know me well will know that I’m allergic to mushrooms. There are two kinds of mushroom in this tea; the chaga as well as reishi. However, I’ve tried both other mushroom teas DT has released in the past – just, carefully and only once. I have a sort of sip, swish, and spit technique that I use. I also do it in an environment that I have control over, with antihistamines and plenty of water at the ready.

I just know that it would REALLY bother me to not know what the tea is like, especially if it does well, and to no longer be able to truthfully say that I’ve tried every tea that DT has released since I started working there. However, this is an ADDED level to why I want to try this tea – I actually named it. This is the first tea from DT that I have ever named; and it’s a VERY cool feeling being able to say that. It was always something, when I started at the SSC, that was on my “dream DT things” bucket list, and now I’ve done it. Yes, it is a Lady Gaga reference. I just think it’s really fun, and more in the spirit of the older cheeky/pun heavy names that DT used to use frequently – like Quince Charming.

Also yes, for those reading between the lines, I named a tea that I am allergic to and had never tasted before. Such is my legacy.

Obviously I can’t do much to describe the tea given such a brief experience with it – but it’s better than nothing. I know this is meant to be a simpler flavour, and more of a rich and creamy one as well. I think, based on the aforementioned sip, swish, and spit technique, that I kind of agree with that? It seemed quite full bodied, with a lot of earthiness – I imagine that’s probably a step up from the normal earthy quality of shou too because you also are getting some earthy and umami notes from the two mushrooms. I experienced a brothy and slightly salty quality too, which I want to attribute to the mushrooms but I’m definitely not the expert on that. However, after that initial wave of loamy earth notes and umami bomb I was hit with a creamier vanilla and supple sweetness. That’s the flavour I think is what we were trying to achieve – and I think, especially with milk, it would probably make for a really decadent feeling latte. I’m not going to put that to the test, though.

Based on this snap impression/tasting, I don’t think this would be a blend that I would personally gravitate towards if I wasn’t allergic and could actually drink it. Something about the cream note didn’t sit perfectly with me; and that’s definitely something I’ve had issues with in the past when it comes to cream flavouring – from DT and otherwise. However, I appreciate the simplicity of the flavour. It feels straight forward in its intentions.

Someone else who can drink a full mug will need to tell me if they agree with my assessment, though.

Congrats on naming a tea! That is awesome. And I’m happy to see Davids has another chaga tea (I like chaga teas despite hating mushrooms.)

Also, did you notice the rosehips the description mentions?

Didn’t notice them at all – hard to say if they’d come through or not in a proper cup, though.