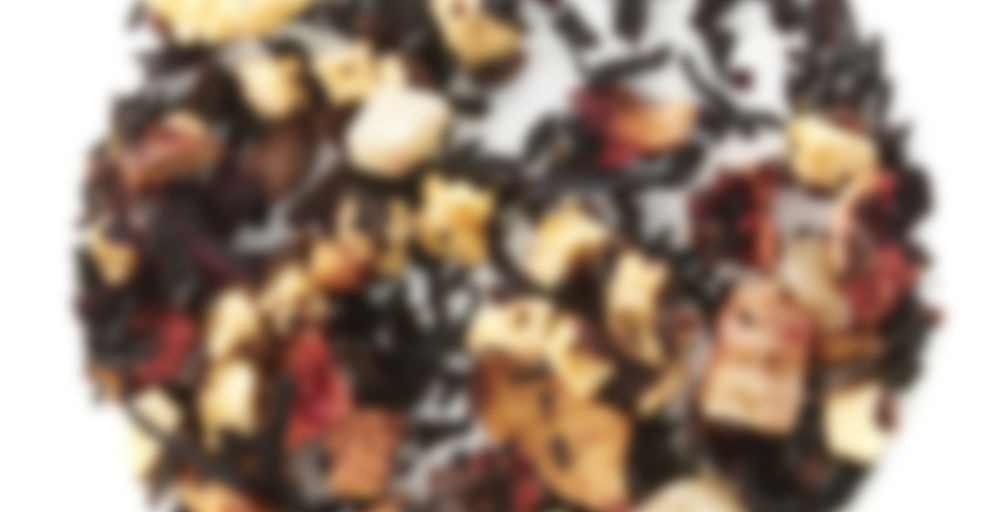 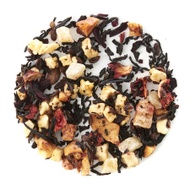 Add a little sparkle to your weekend sipping with this classy bellini-inspired iced tea. Bursting with bold Chinese black tea, sweet strawberry and floral lychee, it’s a fun and refreshing way to up your brunch game or cocktail party – especially with a splash of prosecco. Break out the champagne glasses and get ready to bubble up, buttercup!

Bold and refreshing, with sweet strawberry and a light floral note

This bellini-inspired iced tea mocktail is made with an energizing base of black tea.

The perfect way to class up any occasion – from Sunday brunch and family barbecues to backyard cocktail parties.

Sip it on ice or try it with a splash of bubbly and fresh lychee for a mouthwatering twist on a white sangria.

For some reason when I woke up this morning thinking of what tea I wanted to make this one popped into my head. I was also pretty sure I hadn’t reviewed it before so it seemed like a solid choice.
This is a tea that I feel like most people would prefer cold but I actually really enjoy it hot. The fruit in this one comes across as very juicy and sweet. It’s floral and slightly perfumey but not in a yucky way. I’ve never had actual lychee fruit but I think this tea is one that lines up with the name. I do get the lychee flavor profile here and can see the bellini comparison.

This tea smells moderately strongly of strawberry in the pouch, but not overwhelming. Definitely a sweet smelling tea though.

To prepare I used my standard 0.75 tsp of tea for my 12 oz cup. Steeped at slightly below boiling (95C) for 5 minutes (I was aiming for the mid range time of the 3-5 minutes that was recommended, but I got distracted lol…)

After steeping, the tea came out a dark amber colour and smells strongly of fruit, but not so much of strawberry anymore, so maybe that’s the lychee I’m smelling now? I’ve never had lychee before, so I don’t really have anything to compare it to.

The hot tea isn’t as bitter as I thought it might be due to it being a black tea, but the ingredients do list sugar and stevia extract, so that probably has something to do with it. Also, the black tea was the less prominent part of the dry tea mix. It does get a bit bitter though as it cools down, so I ended up adding some sugar partway through while drinking.

As for flavours, the flavour that’s coming through strongest to me is mango, not the strawberry like I’d been hoping for. Mango is the third ingredient after apple and black tea. The flavour is very reminiscent of a mango juice I used to drink years ago from a can.

Would I buy this one again? I don’t know. I’ll still have to try this one cold, but as a hot drink, I’m pretty neutral towards it. It’s okay, but nothing spectacular.

Cup count from the 27g pitcher pack: 1 (Plenty left to play around with)

A year ago I was a very casual tea drinker. By that I mean that I enjoyed the occasional cup of tea from time to time. While stopping by a David’s Tea location I was recommended this tea by the tea guide, and that’s where my journey started.

I LOVE this tea. I would absolutely reccomend this tea to people who enjoy fruity teas but want something caffeinated. I just wish they made it a permanent item in their collection!

I just ordered this tea a few days ago along with a bunch of other fruity teas from David’s Tea and I can’t wait to try them out. Hopefully I’ll love this one as much as you did. :) Caffeinated fruit teas seem like the perfect treat for when I want something sweet, but am looking for a nice burst of energy while I’m working!

I hope you’ll let me know what you think! I just ordered a bunch more myself. :)

I don’t like this one. I got it as part of the cocktail collection back in November and today I prepared it to go for a socially distant visit with a couple friend. This was just a super convenient single serving pack of tea with caffeine that could be nice iced while we sat outside.

It’s not bad but for my tastes it just a touch too sweet. Sweet and has that waxy apple/fruit flavor that some DAVIDsTEA blends get. It does have a sort of Bellini vibe to it so I could appreciate where this is going. It just didn’t take me there.

I really enjoyed Peachy Lychee, so I was really hoping to like this blend. Alas, it’s way too strawberry-forward for me. Even with black tea AND hibiscus, the strawberry completely overpowers everything. I love a sweet tea, but this is strawberry candy…or strawberry jam. Not my jam.

Finishing off my weekend with a few more teas. It has been a fairly satisfying weekend (I suppose last weekend was, too), because I feel like I managed to get on top of daily chores in the house, and even make some progress on things that have been needing to be done for a while, both inside and out. It’s interesting how a clean(er) house can improve my mood, or maybe it’s just the fact that I’ve been getting some sun lately. Hopefully I can maintain the productivity this week!

Onto the tea. This is actually not too bad, although the flavour is quite fake IMO. Definitely tasting mango and there are some florals, though not as flowery as lychee usually tastes. I don’t know what’s actually in a bellini, if there are standard ingredients; I probably have never had one. It’s also sweet, but not cloying – I’d guess blackberry leaves but I just checked and apparently it’s just regular old sugar from the sweetened dried fruit? That would explain the lack of lingering, though. Probably should try it iced/chilled. Not a fave, but not bad.

I love lychee and I enjoy bellinis, but the strawberry in this doesn’t work for me. IT tastes artificial. There is also something almost sour in this blend, but I’m not sure what it is. I prefer the other cocktail collection teas over this one.

I know that this is one of those teas where, if I drink it too regularly, I’m definitely going to burn out on the really saturated and sweet lychee candy flavours. However, since I am cautious of that and try to space out when I’m drinking it that just means the cups I do have are these massively juicy and sweet flavour bombs of syrupy lychee and strawberry deliciousness. So refreshing and juicy and just everything I could possibly want in a lychee inspired cocktail blend like this.