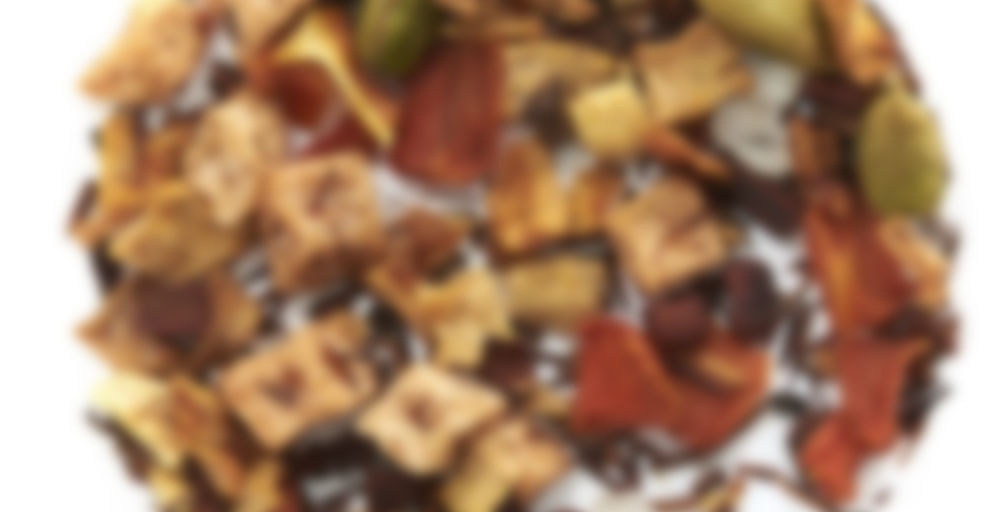 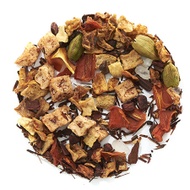 Bursting with sweet pumpkin goodness, this warming caffeine-free rooibos is frighteningly good. Its secret? A spicy and comforting combination of cardamom, cinnamon and clove. Packed with all the delicious flavours of fall, this pumpkin butter-inspired blend is sure to be a graveyard smash with little ghouls and goblins. For a special treat, try it as a tasty tea latte.

How it tastes:
Just like smooth pumpkin butter – sweet, spicy and comforting

What makes it great:
● This pumpkin butter-inspired rooibos is caffeine-free, making it the perfect treat for your favourite little monster.

I got more apple-butter than the described pumpkin-butter for this one, but I still really liked it. It was surprisingly smooth for a rooibos-based blend, and managed to be festively spiced (cloves and cinnamon) without veering too strongly into yankee candle territory. I found that the longer I steeped this one, the more the ‘pumpkin’ it tasted.

It has a yummy pumpkin flavor and the spices are just right in this blend. I really like this tea. It is really delicious as a latte too!

This tea really made me so sad that I dont like pumpkin. Like it was so good but im just dont like pumpkin which is what hols me back from buying a bunch of this tea. The pumkin taste is the main focus but its not over powering. Im just really bummed I don’t like pumkin