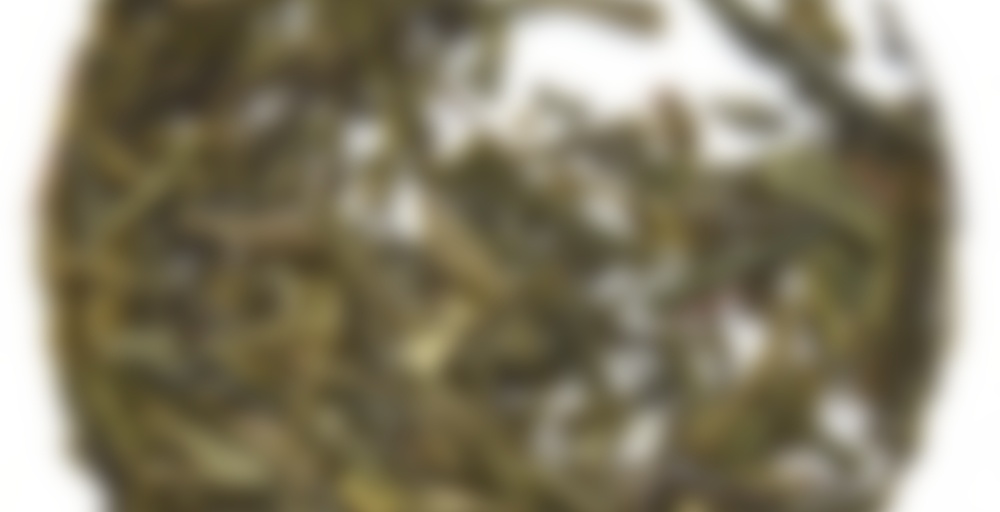 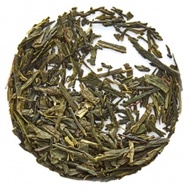 This mouthwatering Japanese sencha is a gateway to green tea addiction. It’s bold, crisp and dangerously delicious, with rich caramelized butter notes highlighting its natural umami flavours. The sweet aroma alone is enough to make anyone fall for it – from straight tea newbies to well-seasoned pros. Perfect for breakfast, second breakfast, elevenses and afternoon tea. You know what they say… two cups are butter than one.

For the sipdown prompt, “a vegetal tea.”

This tea had such a strong aroma that I could smell it any time I opened the gallon ziplock bag that housed this and several other green teas… and that was with the package still factory-sealed. (I do hope the other teas in that bag haven’t taken on any residual aroma…) And this tea is from 2018, I believe? The test of time apparently hasn’t dialed down the butter flavoring.

It’s the same sort of butter flavoring that is added to many Milk Oolongs, which (controversial, I know) I don’t mind, and sometimes downright crave. I really like naturally buttery and sweeter sencha, but never know how to find them and always end up with sencha that is strongly marine/seaweedy or really umami which just aren’t my favorite flavor profiles, so I was intrigued by a butter-flavored sencha. It’s good, but doesn’t taste too much different than what I’d get from a flavored Milk Oolong… it even sort of has that silky mouthfeel. I can taste a grassiness beneath the butter, but the main flavor note is brussel sprouts drenched in melted butter.

I think I must always immediately think of this tea when pancakes or waffles are mentioned. I used this for another sipdown prompt last year, National Waffle Iron Day. Anyway, I oversteeped the crap out of this and now it’s bitter. Ugh. I can still taste the butter though which is nice at least.

Running out of this one! :( I know it’s flavoured, but I don’t care, I still like it and wish I had more/it was still available.

I used to be obsessed with this tea, but I seem to have lost my love for it. I’m just not finding it to be as delicious as it once was, and I don’t think it’s because of the tea’s age. The butter and brown sugar notes aren’t as delectable as I once found them.

I can’t decide how I feel about this one — sometimes when I brew it it’s the beautiful buttery green tea goodness that I love, but then I steep it for one minute longer and it’s a grassy disaster. I’m typically sensitive to grassy greens, so that makes sense, but the cup I’m drinking right now was probably the best brew-job I’ve ever done on this tea. 1 minute and 30 seconds at 195 degrees Farenheit is the goods!

I bought this because of the high rating, but it is a disappointment. It tastes and smells like weak vegetable broth. I don’t get any butter, caramel or other rich notes.
I’m fairly new to unflavored green teas, so maybe my palate needs to mature. I’m going to save this for winter and use it in vegetable broth or cold-fighting tea blends.

I thought I had steeped this briefly enough, but it was a little bitter. Will try going under 2 minutes next time.

Average in every sense of the word. Nothing especially bad about it, but doesn’t stand out either

This tea had me at one sniff I knew that I would be purchasing 100 grams. The smell of butter and caramel mixes so wonderfully together and its just not with the dry tea leaves but even continues once brewed. I can get at least 4 really good steeps for with one teaspoon and only let it steep for about 45 seconds, just watch your temperature with this one.

I was glad to read this review. I was against the idea of using flavour with sencha. I will have to try it.