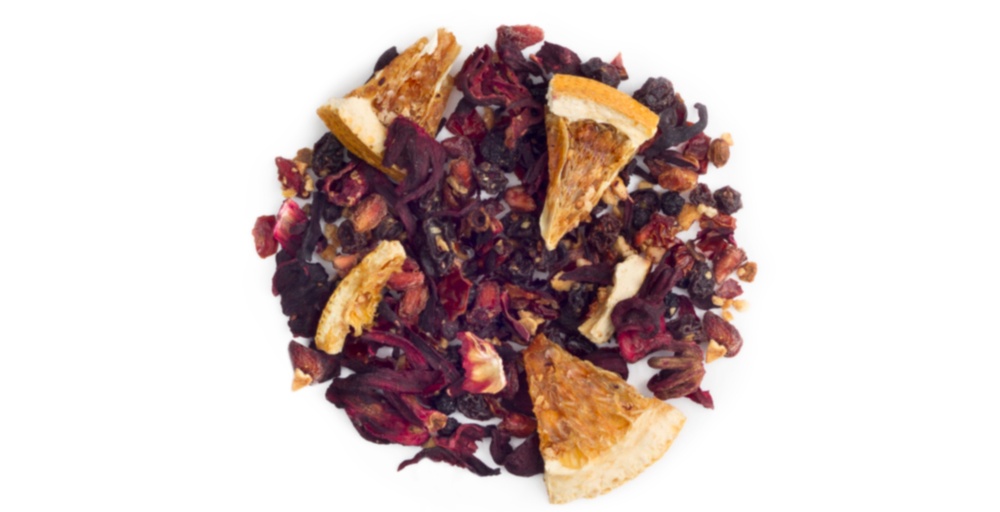 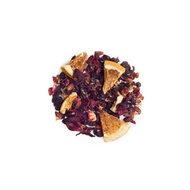 Wasn’t sure about this one when i first tried it but after trying it a second time I can say its a winner. Its got the sweet fruit taste that i remember as a child having shirley temples and it brings me back to the woman it is named for and what a wonderful person she was

My recollection of this tea was that it wasn’t bad (brewed hot, probably cooled to room temp per my usual routine), but I wanted to try it iced. Well, 6 years later, here we are. And believe it or not – it’s actually pretty good iced, even this old! It truly does taste like grenadine and orange. I am impressed.

Finishing this one off as part of trying to cut down my stash. The smell is fairly consistent with the maraschino cherries of the Shirley Temples of my youth, but the flavor is almost all hibiscus, maybe a bit of orange. I feel David’s overuses the red hibiscus for its color and ends up with half their herbals tasting the same. Not too sad to see this one go.

Generically fruity, not overpoweringly sweet. Might have been better as a tea soda, but I never got around to it. Oh well, this was good but not something I’m sad to be out of.

The dry leaf smells like a cross between cream soda and black cherry soda. It tastes sort of like that too, but far more watery. It’s ok, in that very generic DT’s imitation flavoured red herbal tea kind of way.

I had an awesome evening yesterday!

Since moving back to Regina I’ve reconnected with a couple friends I’d drifted apart from when I moved and for the first time since getting back we all had the day off work so we went out for supper and then hung out afterwards! I also got to know my friend Kandyce’s boyfriend who I’d heard a lot about and met briefly right when I first moved back (he’s the receptionist at the place I got my nose pierced). He was really fun and very easy to quickly get along with.

We started off going out for supper at these neat place that specializes in gourment poutine. Because Taylor is way too generous she paid for my meal. It was really fun, and we ended up being those asshole customers that stayed until the place closed. Probably a pain for the employees but just a great chance to catch up with everyone else.

Afterwards we stopped at my house; Kandyce works at DAVIDsTEA and is very into tea so I let her raid through my tea stash and grab samples of anything she was interested in trying. Mostly, she’s only ever drank Teavana/DAVIDsTEA so I tried to give her samples of good stuff from places like Lupicia, Butiki, Dammann Freres, RLT, What-Cha, and Camellia Sinensis. Her boyfriend Seth was more than happy to just go along with whatever she wanted, but the one thing he picked out for himself was Lapsang Souchong! I’m hoping he likes it; they only live three blocks away from me so it’d be cool to do a Gong Fu ceremony some time with them using my yixing dedicated to LS because no one in my family will drink it with me.

Afterwards we headed to Kandyce/Seth’s house and watched some Bo Burnham and laughed our asses off. Of course, since she works at DT, Kandyce has a LARGE stash of DT blends. She wanted to save the fancier teas for special occasions so we each picked out a DT blend. I wanted to drink something I couldn’t have at home which led me to picking this blend! I was sure I’d had it before, but apparently I’m confusing it with something else because I’ve never logged it here on Steepster and if I had tried it I definitely would’ve done so.

It was pretty tasty; I’d never buy as much as Kandyce has of it (like 200g) if it ever made a reappearance in stores but I’d probably buy at least some. My cup was hot, and this is obviously a tea intended for cold methods of prep. It had a very watered down grenadine flavour though. A mix of cherry and pomegranate actually which is hilarious because traditional, authentic grenadine was made with pomegranates and more “modern” grenadine uses in cocktails is now often cherry. It was also citrusy (orange) but that wasn’t the focal point.

But seriously though: just what a great night.

Yours I Like This
13 likes
3 comments
Edit
keychange
Delete

I love nights like that. I’m so glad you’re (re)connecting with great people after moving back!

Sounds like a great night! And I LOVE poutine!

This tasted very similar to Cherry SnoCone so I wonder if that’s where your confusion lies. Also that sounds like a great evening!

So I have been looking for a few fruit infusions to sub in for sweet drinks in our home, ones that exclude the gross chemically aftertaste of artificial flavorings. This one fits the bill nicely and the ingredients are kid friendly. My favorite fruity tea from DAVIDsTEA so far.

The main flavours here are cherry and orange, neither of which overpower the other. It has a generically strong, fruity taste that isn’t immediately reminiscent of a Shirley Temple but is quite similar to a good fruit punch. I could be fooled into thinking this is a juice. Wonderfully sweet with just a hint of tang, it also steeps a gorgeous dark red. So good!
Part of the DAVIDsTEA 2015 Old Timey Treats collection.

I purchased a small amount of this tea to try this summer.

It has been a while since I drank it, but I was not very fond of it anyways. The flavours were definitely very strong which was nice, but to me it just tasted like a fruit punch. It wasn’t awful, but it wasn’t anything special either. I haven’t had a shirley temple in a very long time, so I couldn’t remember if the flavor profile is accurate or not.

I didn’t repurchase this because I have teas that I like a lot more. I would drink it again if I was offered some, but I wouldn’t buy anymore for myself.

I’m starting to think I’m an oddball in the tea community. Teas I love have bad reviews, teas I dislike get great reviews. I think you see how this review is going since this tea currently has a lot of favourable reviews.

My first steep I went hot. I know this was straight up marketed for iced tea, but I was in a hurry and I just threw in my thermos for work. All I got from it was a sickly cherry cough syrup taste.

I brought it home from work and iced the remainder. Not so sickly cherry, it was now palatable. I probably have about 20g left. I’m not exactly dying to steep it…

I hear you, I hate hibiscus unless it’s iced cause it tastes like hot, sugarless koolaid