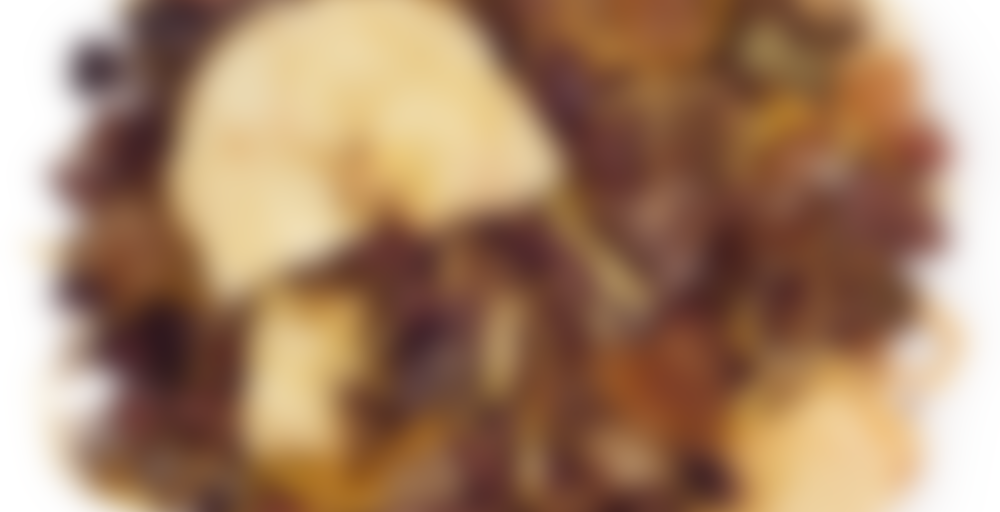 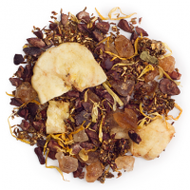 with 33 Ratings Rate this tea Rate This Tea

Is there a more perfect dessert than a banana split? From the drizzle of chocolate sauce to the signature sliced banana, it’s three scoops of nostalgic greatness. So, what genius invented this malt shop classic? It wasn’t a restaurateur or even a chef – it was dreamed up in 1904 by David Evans Strickler, a 23-year old apprentice pharmacist in Pennsylvania. And with chocolate, banana and sweet meringue, this rich and creamy treat brings the taste of his soda fountain treat right to your tea cup. Now you can have sundae…every day.

I am horrified at the number of teas that I haven’t written notes for. Particularly from this company, and when I liked a tea enough to have repurchased a decent additional amount! This is one of those teas – I picked up a handful of pitcher packs of it when they were heavily discounted, as it was cheaper than buying it loose. I had intended to drink it hot (which would make it last a lot longer), but given the size of my stash, I figured I’d give it a shot iced! It’s actually really tasty, and I remember why I bought it – it actually tastes like a banana split, specifically a mouthful of banana/chocolate sauce/whipped cream/ice cream. Yes, the chocolate is a bit fakey, in the same way that squeezable chocolate sauce is, but it works quite well here. The banana tastes, to me, perfectly ripe, and actually quite realistic. The ice cream/whipped cream elements just come through as an overall sweetness/creaminess. I’ll note that this tea is pre-sweetened, which I’m generally not a fan of, but at least it’s rock sugar here instead of something gross and artificial. If desired, the large chunks could be picked out.

I’ll admit, slightly pleased with myself for stocking up a bit on this one (I believe I was trying to reach free shipping, though I did like this tea.) I have two pitcher packs left (I think I lost one that may have been opened to the work mouse); will probably ice one and use the other for hot brews.

This is a yummy tea, hot or as a latte. Very creamy, with chocolatey and banana flavours to it. It’s a good sweet dessert tea – if that’s your thing.

Sample from TeainSpoons. Thank you!

Chocolate teas are tricky to get right. Banana teas are also tricky to get right. So, I wasn’t going into this with very high expectations. To my surprise, this is quite good. It has a light, chocolate-banana flavor. There is a bit of a creaminess to it as well, so I understand why they picked the name they did. The rooibos isn’t very noticeable at all, which is a positive thing for me, since I tend not to enjoy rooibos. I would be tempted to make this as a latte, but I imagine it would require a lot of leaf.

This tastes very much like a banana dipped in chocolate. Considering the fact that I don’t like the taste of bananas, I was surprised by the flavours which complimented each other- mainly the banana and chocolate.

There must be something wrong with me because this tea has great reviews. I had high expectations because I love bananas but I did not like this drink. Too sweet and I couldn’t really taste the bananas.

Definitely a favourite! It is very much a dessert tea, so perfect for kids or tea lovers with a sweet tooth. It was one of my first purchases, and I instantly loved it. I love the hints of calendula, which aren’t completely masked my the sweet, chocolaty, banana goodness that is the rest of the tea. Although delicious, this tea isn’t particularly fancy or refined, so maybe don’t use it to try to impress your mother-in-law :). As well, though the tea is delicious, the after-taste isn’t overly pleasant.

Good easy sipping…creamy with chocolate, the banana is strong and it is great hot and cold. Too bad it’s limited edition :( but I’m hoping banana nut bread will be just as good

There are entirely more ingredients in this blend than I prefer. But it’s darn tasty. Creamy chocolate and banana, mmm. Sipdown!

Opened this one tonight and – my stars – I can taste banana. Mmmmm. Sweet, creamy banana! And, at the end of the sip, just when you least expect it – CHOCOLATE.

I need more of this…

I was going to make some today but went with Lime Gelato instead.

FREGGIN DELISH!!!!!!!!!!!!! Thank you ccoppens for sharing with me. I love the chocolateyness with the banana understones