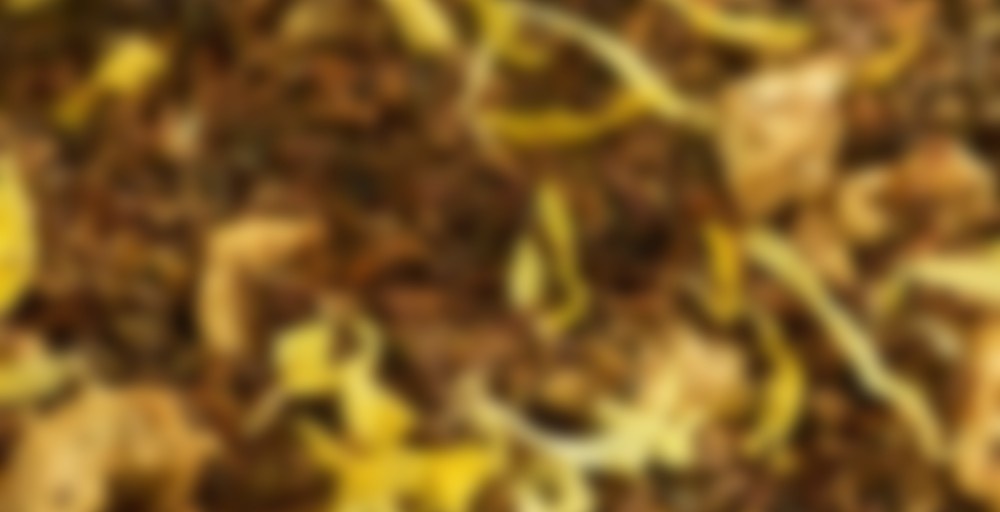 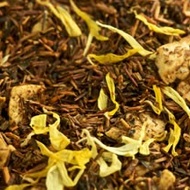 For pear lovers
This is one delicious blend of fair trade rooibos, apple, marigold and natural pear and caramel flavors. And though it may taste deliciously dessert-like, it’s also nutritious. Studies are showing rooibos to be an excellent source of antioxidants, capable of slowing the aging process, boosting the immune system and preventing cancer. So you can enjoy it for years to come!

I finally steeped this for an appropriate time! The pear is strong, like jelly belly pear jelly beans, as opposed to real ones. The caramel was lost somewhere. It was sort of…sharp. I still like it, but won’t be buying again when it’s gone.

Mm, I’ve been looking for this one for a while at Davids! One of the ladies at the counter told me mixing Forever Nuts, Oh Canada, Caramel Pear, and adding some steamed milk creates an absolutely divine tea that resembles apple strudel. Whether or not this is true — I have yet to see ;D

Oh man. I have all those teas. Maybe I’ll give it a go. I’ve had this tin for nearly a year now…maybe it got discontinued?

Ooo, if you do try that combo you’ll have to let me know what you think! :)
I don’t think the tea has been discontinued, it just likes to hide apparently! lol

“For pear lovers” sounds about right! This is like… drinking a pear! Some reviews mention the pear flavour not tasting real, but I disagree… to me, it tastes exactly like this awesome pear nectar I used to buy. It war more like a liquid puree, 100% pears, and it was just too tasty to be true. Yes, the pear taste is really, really strong. In fact, I can’t taste any of the rooibos or caramel flavours – honestly, I don’t really mind, cause it’s so yummy. One does get the impression of it being sort of sweet, but at the same time, I think it’s only a result of such strong pear taste, it doesn’t actually taste sweet as if one had put sugar or stevia in it. The sweetness is a pear-sweetness, really. If you’re not into pears that much, skip this one!

Boiling 6 min, 0 sec
Yours I Like This
1 likes
0 comments
Edit

Oh, I wanted to like this so much and yet . . . and yet. It’s very sweet, and I’m more of a savoury tea person. The pear flavour is overwhelming, and not in a good way. Kind of a Dole-tinned-pears-in-syrup way.

Boiling 7 min, 0 sec
Yours I Like This
0 likes
0 comments
Edit

It’s gentle, makes your room smell great and it’s not too heavy. It doesn’t scream anything amazing though.