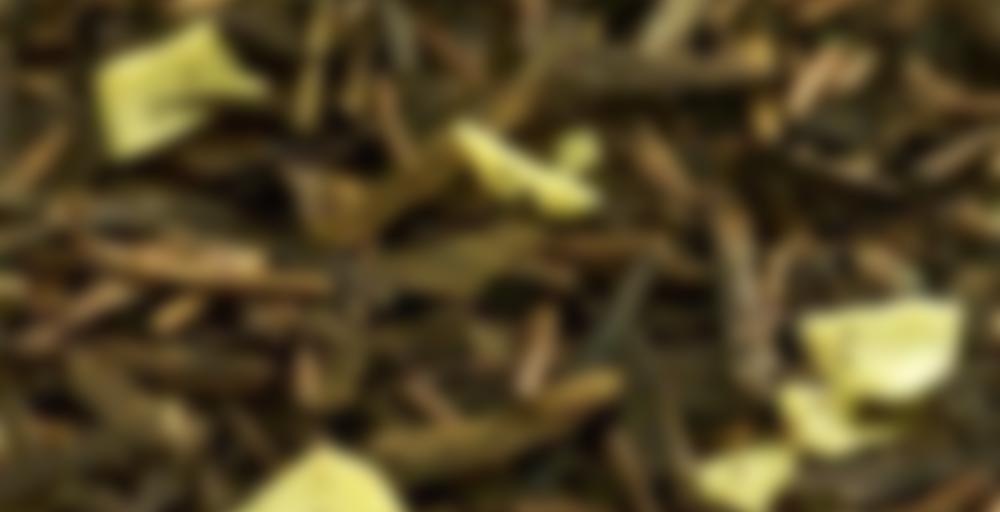 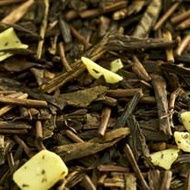 Roasted to perfection
In Kyoto, in the 1920s, a curious person decided to roast bancha green tea over charcoal. The result? Hojicha, a deliciously toasty, nutty, caramely sensation. Ours is hand-roasted and blended with cold-pressed vanilla essence and flowers. It’s a popular tea for right before bed. We aren’t sure if that’s because of vanilla’s aphrodisiac reputation, or because Hojicha is so low in caffeine

I smelled this one on about 3 or 4 different trips to David’s Tea. I kind of liked the smell, but wasn’t too sure about it. Tonight when I went in search of more green teas (since my last excursion for greens ended up with 4 more blacks in my cupboard), I smelled it again, and it was a definite yes.

I’m sorry I waited so long on this one. The smell of the dry leaves is nice and vanilla-y, with a bit of earthiness lurking behind. When I first started to brew it, my heart fell, as the vanilla scent evaporated, and left just an earthy scent that wasn’t terribly appealing to me. Well, I’ll try any tea once, and I’m glad I did. This is a very mild, easy to drink flavour. There’s a nice hint of vanilla without smothering the flavour of the roasted bancha. There’s a touch of dryness to the tea, but nothing unusual, and there’s no bitterness. It’s very comforting.

My fiance tried a sip, and said it reminded him of genmaicha, which is somewhat true for me as well. It has the same soothing, comforting essense as a nice genmaicha, while not being quite so warming.

As I reach the bottom of the cup, I do notice a few small beads of oil on top of the drops left. I noticed the oil at the beginning of the cup, but the tea does not have an oily mouth-feel. I expect it’s from the vanilla essence.

Also, I can’t say it’s a beautiful cup of tea. When I took the infuser out, the first thing that came to mind was swamp water, especially with that oil sheen on the top. Definitely not the most attractive thing I’ve had in my cup, but so so tasty. Definitely worth a try, and sooner rather than later.

Sadly, this tea like many other DavidsTea blends is no longer in production. I bought a full tin of this tea a few years back and promptly forgot about it. Last night, I pulled it out of the cupboard and took a whiff—smelt okay but nothing special. It smelled mostly coconutty. I decided to brew it and I almost chucked it out. The tea smelled pretty gross to me, not terribly appetizing but I thought I would give it a try. I am really glad I stuck with it, this tea is quite delicious. It brews up with a fairly orange soup. It’s pretty oily and has a thick, oily mouthfeel but I really like it. It coats the inside of my mouth with yummy flavor. You can see little beads of oil in the tea. I haven’t looked up the description so I completely forget what’s actually in it, but it seems to be a roasted green with some perhaps vanilla, coconut, and there are some yellow flower petals in it as well. It has a sweet, fruity flavor with a slight astringency (though I may have used water that was a bit too hot). All in all a great tea, especially if you want something relaxing and desserty without being too sweet. No need for milk or sugar, which is a big thing for me as I’m generally a black tea lover and I like milk and sugar in my tea normally.

I miss this one a lot.