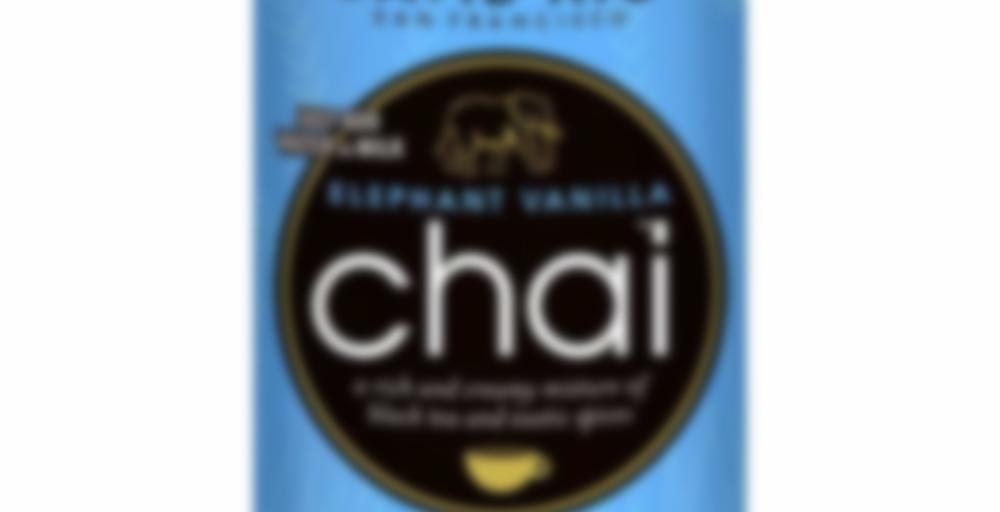 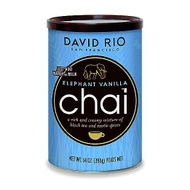 OMG I should NOT have checked Steepster this morning. Stupid idea. For two reasons. 1) It made me miss the train (again) and 2) I’ve spent the whole entire day in a ’don’t wanna work, wanna play!’ frame of mind. Needless to say, the day went by reaaaaaally slowly.

On the way home from work I came over kind of peckish so I stopped in at this new little bagel place at the train station to get me something to eat on the way home. They also had your basic coffee drinks, cafe latte, cappucino, that sort of thing. And they had chai. Remembering my recent experience with the Chai-cino from Baresso, I thought I’d try what the chai here was like. As it turned out, when I had ordered, they had several different kinds to choose from. It didn’t say so anywhere on their menus or signs or anything, and I couldn’t really hear the girl who made it very well, so I picked this last one because it was the only one where I could hear what she said. I had already asked her to repeat herself on two other things, and I was getting tired of it. Too much noise around. They had some awesome looking tins, though. Unfortunately I couldn’t seem to spot a brand name. I have, however, found a website that tells me they get their chais from David Rio, and then they listed their five variants. Some further poking about the internet landed me on David Rio’s site which was rather more forthcoming with the details.

Based on the description on DRs site and the fact that I’m pretty sure I picked one in a blue tin, I THINK this was the one I had.

This one was a better experience all in all. It was definitely vanilla-ish and it blended well with the milk. It wasn’t as drowned in cinnamon as the Chai-cino was, but I could still find a touch of cinnamon in it. There was also something else that I couldn’t identify at the time. It was a warm sort of flavour. Not hot like chili or something like that at all, but a warming sort of flavour. It wasn’t even really a flavour as much as it was a sort of sensation of some sort of warming spice being around. Does this even make sense? In my head it seems very likely to have been the cloves and cardamom in combination.
I thought it even had an overall caramel note underneath all the vanilla.

It still tasted quite fat, though, and it was obviously rather sweet. It tasted really nice, but it was more kind of a dessert rather than a beverage.

I think I’m getting better at this chai malarky!

And now to tackle the Dashboard. Deep breath of courage
Beware, I shall start playing with my cupboard very very soon!

Your search fu is strong.

Apparently this is even a brand that you lot over there would be likely to encounter. :)

Now that I know what’s in them, I can try one of the others some other time.

When I want chai, THIS is what I want. I have a little milk heating pot/foamer, and I add this to the milk with the mixing attachment. It dissolves/infuses nicely, leaving no clumps. The flavor is perfect with vanilla soy milk.

My tea twin Roswell Strange sent me a sample of this and it was sooo good! I wasn’t sure quite how to make it so I put two tsps in hot milk and let it stir in my machine. The result? A super creamy cup of awesomeness. It tasted somewhat like vanilla frosted Cheerios and it was amazing. I will definitely be having more soon. Thanks Roswell Strange!!

Miss Roswell Strange was nice enough to send me a sample of this and the Green Tortoise version. She works at a grocery store and they carry David Rio chai mixes. I’ve tried the Maple Moose flavor before and liked it a lot, though I will admit that these mixes are very sweet. However, I have a huge sweet tooth so I like sugary drinks sometimes. So I’m happy I get to try a couple more flavors! This powder is a pale reddish-brown color and it smells sweet and vanilla-y with some spice. I used the whole sample (somewhere around 2 tablespoons I think?) in 8 ounces of hot vanilla soy milk. Double vanilla!

Mm, so thick and creamy and decadent! Sometimes it’s nice to have a sweet and super rich beverage, although I suppose that’s why so many people go to Starbucks. I’m not one of those people, so this is a nice treat for me! It’s very vanilla due to the soy milk, and I love vanilla. The spicing is present but still mild enough that it doesn’t overpower the vanilla flavor. I would say there’s definitely cinnamon and clove, possibly anise? Overall, yums! :) I would totally keep some of this around for a treat every once in a while. And I bet mixing this half-and-half with the maple would be amazing!

That’s generally all I ever have for “milk”. :P

I generally have 2% or 1% moo-milk but when I want it in tea I usually want that creamy texture so I have cream or half-and-half. Soy milk sounds like a less fat filled option. :)

I’m not a fan of actual cow’s milk so I generally only use it in baking and such.

I like having these two around as well because I can get Tre to drink them; to him it’s like drinking fancy hot chocolate. Plus, part of the sale price goes to animals! :)

So, I did it! I bought the tin of this from work yesterday – and trying it now. When I got home last night I opened it up to inspect it, and it’s definitely interesting: visually it’s a very, very fine powder like instant hot chocolate mix, and it had a strong smell of cloves and ginger with a heavy, vanilla sweetness to it. At first I was kind of reminded of graham crackers but then I realized that it’s a dead wringer, smell wise, for fresh gingerbread!

Now, the company recommends 3 tbsp. for 8 oz. which, to me, is SUPER extreme and the kind of crazy thing you tell less hardcore teadrinkers who need EVERYTHING super leafed and heavily sweetened so I definitely did not use 3 tbsp. Instead I compromised and went with 1 1/2 tbsp. mixed in with 50/50 milk and boiling water in a 12 oz. timolino. And even with half of what they recommended this is still very flavourful. It’s actually really rich/creamy with a very sweet vanilla flavour and then the right balance of spices to, again, really remind me of gingerbread! It’s cinnamon, and nutmeg, and a little bit of cloves, and something very cookie like! I’m pretty impressed, and happy with my decision to take a chance on this one.

I can tell you right now though, if I’d followed instructions this would have been hella sweet/cloying. Hooray common sense!

VariaTEA I’m definitely sending you some because it’s weird and interesting and I think that even though you, like me, dislike Chai you wont totally hate this one. Plus, it helps the animals.

OH, I like this so much! There’s a spicy one too, Tiger I think. London Drugs used to carry it but they don’t anymore.

This tea is a perfect blend of spices and creamy flavor. Chai spice teas usually make me think of autumn and are great for that season, but David Rio’s vanilla is definitely an autumn and winter tea. It’s not overpowering and perfectly sweet as is without sweetener (or sugar, if you go that route).