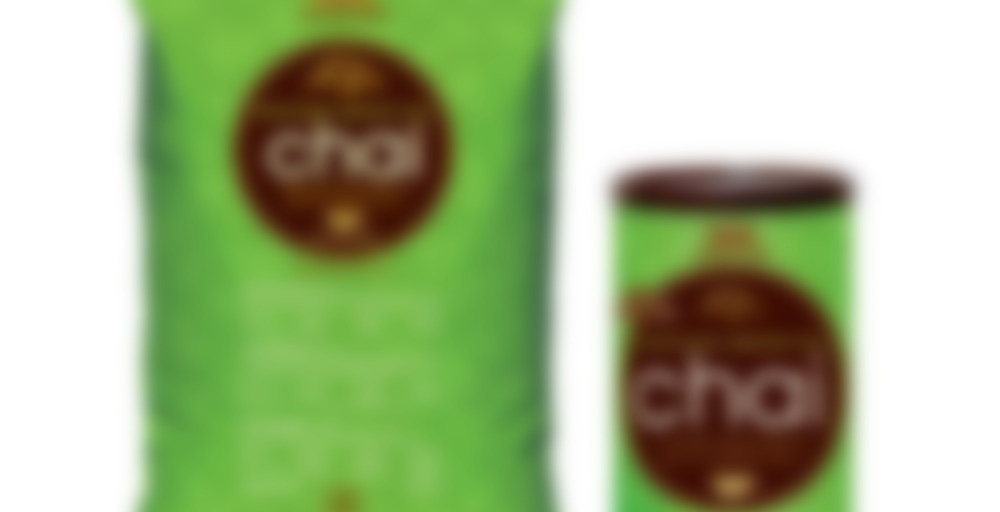 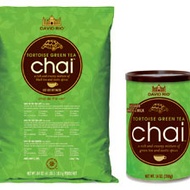 This innovative chai combines a pleasant hint of green tea with sweet and savory spices. The smooth aftertaste will keep you coming back for more.

I had this as a chai latte at the DFW airport on my way to vacation last week. I was looking for some breakfast before the flight and this jumped out at me. It was excellent. I wasn’t sure what to expect from a green chai, much less a powdered one. The guy making it told me he was also putting Japanese matcha in it but who knows. He was a little hard to understand and it was early in the morning. :) He did give me the extra that wouldn’t fit in the regular cup in a little tasting cup and gave me a medium for small price. I had asked for a small and he either misunderstood or he was bored because he made a medium and then told me he was charging me the small price. Not gonna complain about that. :)

At any rate, this was thick, rich, sweet and amazing. I’m going to have to keep an eye out for some. It was best hot, but cooled off to lukewarm it was still good, though the aftertaste got stronger and wouldn’t have been my favorite part of it.

UPDATE: The dude who made this for me did indeed add matcha to it. When I made this at home tonight, it was not green and it tasted different. Still had an odd bit of aftertaste, but not as creamy and not green. :) Tried adding some matcha powder I got from Teavana awhile back and blech. I think I need to figure out how to mix matcha before I try this again. That and I’m pretty sure I just don’t care much for matcha when it tastes like matcha. :)

ah, vacation. I hope it was nice!

It was wunnerful. :) Ready to face the daily grind again. :)

I discovered a sample pack of different David Rio chai mixes in my cupboard today and I remembered the last time that I drank this particular mix (years ago) I wasn’t super thrilled, so I decided to try my recommendations in the old review and try it with hot milk instead of water this time.

There’s really nothing that even remotely says ‘green tea’ about this mix – even the colour is pale, milky-looking. The flavour is all sweet, creamy vanilla with a few spices thrown in. Don’t get me wrong, it’s a tasty treat and using milk really brings out the vanilla, but I was hoping for a something a bit more…authentic, I suppose.

Oddly enough, I normally like green chais just a little more than the blacks on occasion. I got this at one of the coffee shops I used to go to in East Lansing (now closed, which greatly irks me!) and I would get it with steamed almond milk. It is really good with that combo. I could see why it might be better with regular milk, because this latte mix is very sweet, gingery, and green. Yet that might depend on preference.

This is the chai for green tea lovers, especially green tea with some sort of cream and sweetener. The biggest drawback is how sweet it is, and possibly the ingredients for people who want to eat cleaner.

Brewed this with cashew milk and it was incredibly sweet. This is definitely best paired with traditional milk.

This was a sample from Roswell Strange. I’ve tried the vanilla and maple versions of it, and this one is a “plain” version but it has a green tea base instead of black. I mixed the whole sample, which looked to be about two tablespoons, with 8 ounces of hot unsweetened soy milk.

I must say, it’s just okay for me. The level of sweetness is somewhat high, but I tend to like sweet things so it’s not really a problem for me. I do find the spicing to be a bit too mild, I would call it more of a mildly spiced creamy beverage than a chai. I also can’t taste the green tea, which makes me question the point of doing a green tea-based version. It’s perfectly drinkable and tasty and decadent, but I see no reason to purchase this version over the black tea one.

I did nothing productive yesterday, and it was great.

I had the day off from Sobeys; so after Calendar Club I stopped at the liquor store, which may have been a bad idea because I ended up walking out with about $80 in alcohol I don’t need – and there’s still more that looks amazing that I want to go buy. But alcohol costs MONEY. Ick. I’m trying to justify by “but you can mix it with tea” but over $100 in booze is not a smart thing.

Here’s my alcohol haul though, for those curious:

And here’s what I didn’t get, but want/ed to:

And then I got home and had a couple drinks, because that’s what you do after a booze haul. Some of those drinks were non drinks though – by which I mean they were actually tea. Like this one: which was actually a hot tea latte. Teaception?

Some observations about this one: it’s noticeably less sweet and “weighty” than the Elephant Blend (snickers), which has a black base instead of this one which is green. There is some sweetness though, which is good for me. Visually, they’re different colours too: Elephant is like a lighter brown, and this one is kinda yellow-y. The vegetal/green tea aspect of this isn’t super obvious – great for non green tea lovers such as myself. But it is subtly there, and I imagine that would be more obvious if this was just in regular water. Spices are present (clove and cinnamon being more distinct), but not overwhelming.

Don’t feel bad, I went to a new liquor store that has amazing prices and walked out spending $190!!! Now $80 of that are presents for Xmas but…..wow!

Whenever I am in the liquor store, I am always amazing at the million flavors of vodka and I am always tempted to buy them but then I remember the one time I got drunk on vodka, I became a crazy person and wound up at the hospital

sailor jerry has new pin up girls this year… sigh

Haha Sil, you’re like their number one fan :P

Before work, or just before wedding planning, Sil? ;)

um… i refuse to answer that on the grounds that it might be both.

I am thankful that I dislike most alcohol, so I’m far less tempted by the delicious-sounding things, knowing I won’t like it on the grounds that it is booze. However, that Criollo stuff sounds amazing >.>