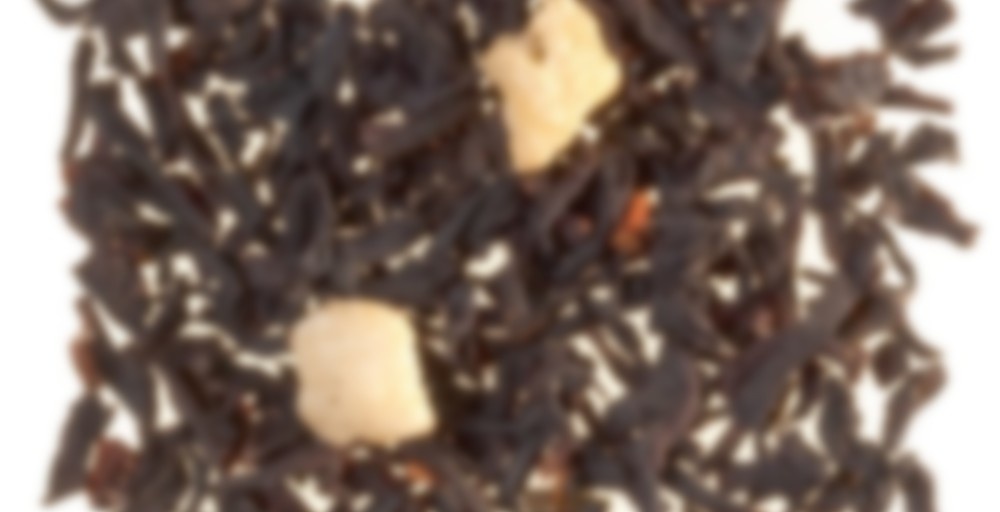 by Dammann Freres
78
You

A blend of black teas with sun ripened mango flavour lends to a warm and fruity infusion. Bits of fruits complete the aesthetic appeal.

This last week seems to have been unintentionally themed around mango teas; it honestly feels like I’ve had more of them now than I have had in the last two or three months. That’s probably because I’m a picky person when it comes to mango, but because it’s such a summer flavor there’s a surplus of mango teas around which equates to more that I’m easily swayed into wanting to try out.

This one was done as a cold brew; it had a very natural and realistic mango flavour. I personally find that the actual fruit mango has a very pine like and sappy flavour. I know I’m not the only person to have observed this; and it seems to be commonly observed with unripe mangoes but even ripe ones have this flavour to me. However most teas with mango as an ingredient don’t seem to convey this flavour and as someone who always tastes it when they eat the fruit it makes me feel like something is missing. Thankfully, I did taste is here! While I loved it the vast majority of people might not given than mango ’isn’t supposed to taste like pine’.

There were also floral notes here, probably from the black base and I thought that added a nice depth to the flavour as well. While the fruit might not have had a robust, juicy flavour like I expected that didn’t stop this from feeling complete. I am, however, wary of how other people would feel about this; like mentioned it has that “undesirable” pine taste. It worked well for me, though.

This is a very tasty tea with a strong flavor of mangoes. The black tea base is nice too but the mango overshadows it. This is not necessarily a bad thing. This is the first of my teas from my group order I am drinking. So far all the teas from Damman Freres have been good both from the group order with Marzipan and my own order. Thanks Marzipan for all the work this order took. I wonder what other French tea companies ship to the USA? I know some don’t.

I brewed this once in a 16oz Teavana Glass Perfect Tea Maker/Gravity Steeper with 3 tsp leaf and 190 degree water for 3 min.

I know Palais des Thes has a presence in NJ/NY, so it’s easy to get those. We can get Mariage Freres, but Fauchon doesn’t ship to the US. I thought I would look at a few of them once we put this one to bed. I hope you were happy with the repackaging!

The repackaging was great. I have heard that Palais des Thes has a store in NYC. I will one day have to go into Manhattan and check it out.

Don’t know when I will have the time but eventually, eventually.

First to review, that’s a surprise!

I really like this. It’s very heavily mango flavored, and has a little something extra – almost if mango could taste floral, it has an extra layer of mango on top?