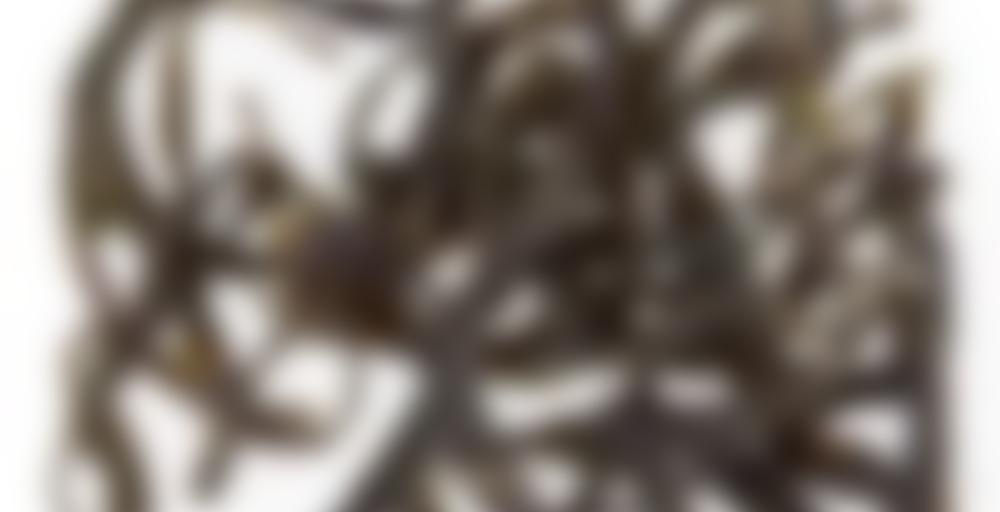 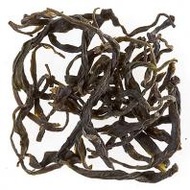 by Dammann Frères
70
You

This tea is rare as it can only be plucked at springtime. It comes from the mountain Meng, in Sichuan province, where tea growing started during Han dynasty, more than 2000 years ago. At that time, yellow tea was only served at the imperial court. The 5cm long leaves are green with a pale yellow hue. The interesting colour and flavour of that tea come from a very unique processing technique. The fresh leaves undergo a swift withering and are then rolled in small quantities in “Niu Pi Zhi”, a kind of old yellow paper, in which they are left to dry naturally. This tea shows a pale yellow cup with a mellow character with hints of walnut.

Doulton – I love you. Thank you for sending me this tea. It is truly amazing.

But I’m not complaining at all, because this tea is sublime. Delicious, rich, nutty, sweet. No astringency, no bitterness… just deliciousness. I can taste only a subtle hint of vegetative quality at the finish.

Put simply, this is an amazing tea. I want more.

The second infusion of these leaves is equally as amazing. It is a little lighter, but the flavor is still sweet and nutty and delicious. YUM!

Your review has me intrigued. Any idea where I can get a sample of this without shelling out the money for 100g?

Unfortunately, I do not. I used the only leaves I had of this today. In my opinion, it IS worth the money, though, and I will probably be placing an order within the next couple of months.

Ok, this is where I reveal what a tea idiot I am w/ some aspects. I just got this updated from Upton… the name is similar… but is the tea similar?

ZG62: Huang Shan Mao Feng Superior “This hand crafted tea is a more affordable version of our Supreme Huang Shan Mao Feng. The cup is sweet, with notes of apricot and pear. The liquor has a slightly darker hue than the Supreme, and is notable for it’s smooth flavor and light, sweet aftertaste.” 40g packet is $10.80; more about this item at:http://www.uptontea.com/shopcart/index.asp?home=Item&itemID=ZG62

Ok. Well I tried. Yellow tea is like Pu Erh… I’ve seen it lumped w/ both green and oolong. And white too I think. Runs and hides in shame of her stupidity…

When I opened the lid to the brewed tea, it smelled like a huge cigar. I was surprised how much this smelled like tobacco!

This is my first experience with yellow tea and DF. It has a strong flavor for such a light brew. I am just not a fan of it. It has a smoky like flavor. It does have a sweetness to it. It reminds me of pine nuts, which I don’t like.

I just couldn’t down the cup! I think for me, to enjoy this tea, I would need to be in a certain mood. I just didn’t like it.

This is the first time where someone’s description for a sub-20 rating actually sounds appealing to me. I’ve only had a yellow tea once before and it was disappointing as well, but that was because it had no character at all. This sounds interesting but I like smokey and nutty.

Yeah, I just hate smoky teas, I love smoked meats. I can send you the rest of it, it’s like maybe 20 grams. I know I won’t drink it, rather give it to someone else who might like it!

Mel: I will take it if you don’t want it. Would you like to swap?

The last tea of the long weekend.

I have consumed much more caffeine over the course of the past three days than I typically do, so pysched was I to taste and write notes on a number of new teas, and sip down a few as well. I almost didn’t have that much today because it’s been affecting my sleep. Or rather, it’s been affecting my muscles’ ability to relax. I’ve awakened feeling quite clenched up the past couple of mornings.

But I decided to power through because I don’t often get this kind of time to devote to writing of any kind, including note writing, these days. In fact, I actually fell a bit short. I had hoped to try another matcha and some pu-erh. I briefly considered resurrecting project chai sipdown this weekend just because I found an American Tea Room masala chai sample.

But instead, I stuck to whites and oolongs, with a black tea in the mix.

I have a new project, not that it’s of interest to anyone but me. I want to make tasting everything in my Steepster cupboard at least once and writing a note on it a priority. I feel like I have all these things I don’t even remember I have, and this is one way to remind myself. But I’m so close to 100 sipdowns for the year, I don’t want to fall off the pace on those either.

As I was going through my cupboard, I discovered I had never tried this. And since I drink green/yellow tea during the week when I have less note-writing time, I also try to make it a priority to do my initial tastings of these on a weekend.

I steeped this like a green tea for my initial try. I also had some crackers to cleanse my palate after the Todd & Holland Citrus Sanctuary.

In the tin, it smells a bit grassy for a Chinese tea with a sort of a dark oolong-like sharp note.

I know I’ve been describing a lot of liquors as pale yellow and clear lately. But if the shoe fits…

I am having a very hard time describing the taste and smell of this tea. I cheated and looked at the previous notes. It’s funny, I never would have thought of cigars — but now that I see it mentioned, I can understand that. Though I have to say, it’s not the first thing I thought when I smelled or tasted this tea. Pine nuts? Not really that either. Nutty at all? Not my first impression.

What I get from this is more like pine needles, though very faint. I used to chew pine needles as a kid, and this reminds me a little of that.

As the tea cools, I get more of the nuttiness. For me, it’s a sort of cashew-like smell and taste.

Different, and interesting. It gets props for that.

Great goals! My cupboard is out of control. I do not enter samples or really small amounts of tea. I have so much tea that I just haven’t bothered to add to my cupboard. I did a nice straightening of the main tin display area today. Now to get the number of teas under control…Best of luck with your endeavors!