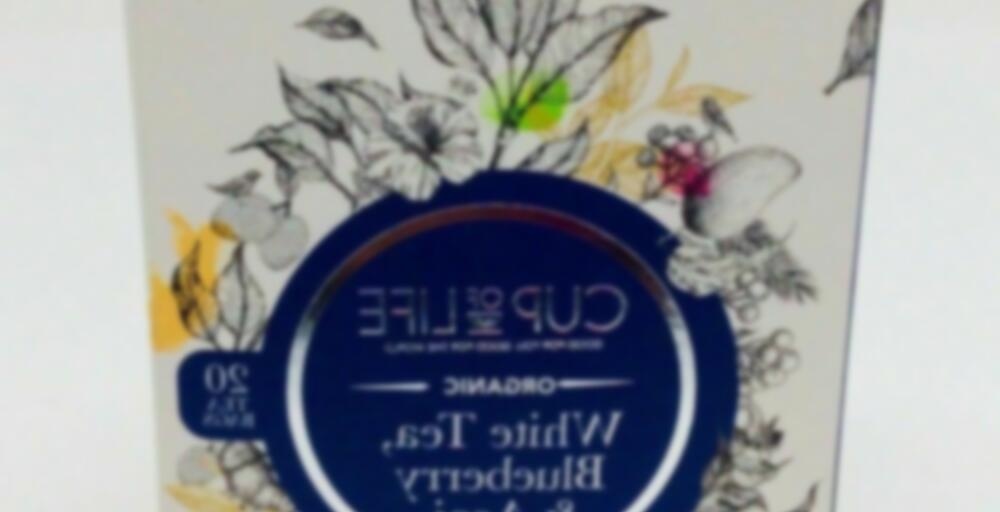 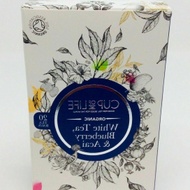 From Cup of Life

White Tea, Blueberries and Acai Berries are mixed to perfection to deliver a refreshing tea packed with wonderful flavors that make you feel good and relaxed throughout the day.

About Cup of Life View company

I put this tea from Izzy (thank you!) to the database, downloaded somewhere digged pictures and added them. I see now they are mirrored! Oh well, but they were right when I was downloading them. That’s so weird.

Anyway to my cup of tea. There isn’t any preparation method written but steeping time. As it’s white, I decided to make it a bit colder than just off boiling water.

The base reminds me common tea-bag whites, light tea which isn’t much from both green and black. It is just a base tea. And then, blueberries are there, but well, it’s nothing much to write about. Same with acai. Peppermint/lemongrass? Nope. Not in taste. I steeped it for two minutes, maybe I should do longer one next time (I have two tea bags remaining); but it was all somehow muted. Not overpowered by anything, just a bit musty and muted flavours. I have been expecting more fruity taste for sure!