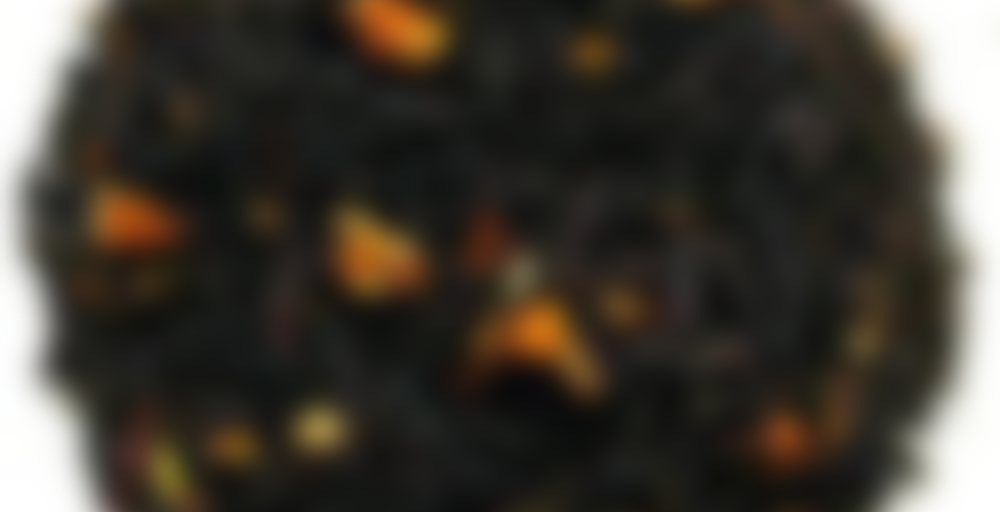 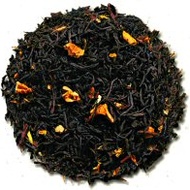 This lovely rich flavored Pumpkin Spice Tea should be the poster tea for Autumn. Just brew a pot and the season is suddenly Autumn.
Made with all natural flavorings

Appearance and Aroma of dry leaf: about the same as the rest of the flavor-added black teas from Culinary Teas: medium grade leaf, strong, spicy aroma with the barest hint of pumpkin.

Value: Culinary flavor-added tea’s are generally very reasonably priced; as most of her flavor-added black teas are, this one is $8.15 / 4 OZ, which puts it at about $2 / OZ (and even less with any discounts and/or if you buy it in larger quantities).

Overall: This is the sixth? of the flavor-added black tea samples from Culinary. I was ‘scolded’ for brewing this up out of a desire to finish these samples off as she’s not digging drinking scalding hot tea in the summer; what’s her problem, anyway?! :p It’s weird that the chocolate notes were much more in the forefront and that there was no pumpkin flavor (at least none I could discern). I didn’t care for this tea, and my wife didn’t either. Not planning on buying this one again. Still, another one bites the dust … http://www.youtube.com/watch?v=rNQRfBAzSzo (I didn’t know Queen performed this?).

For real? That’s one of Queen’s classic hits.

This tea tastes similar to ‘Sunrise Sensation from STeap teas in that it is a weak cinnamon-flavored brew. The tea base is extremely weak and the only flavor that really stands out is cinnamon. The cinnamon in this one is slightly stronger than the other though. It really isn’t much of a pumpkin-spice tea.

Thank you for sending me such a generous sample TastyBrew, but I think I’m going to let this one move on in a future swap.

Yeah, I realized that I just don’t love pumpkin spice tea. So I didn’t even try this one. Culinary teas have proven to be a bit of a letdown to me.

Have you tried Butiki’s Pumpkin Creme Brulee? That is a good tea. It tastes like pumpkin and spice and tea. It’s in my top ten :)

I will be reviewing this tea in depth on Tea Examiner, probably this weekend. The spices are very tasty, but the tea flavor was a bit weak for my personal taste. I felt myself wishing there had been a bit more tea in proportion to the flavorings.
Another thing that crosses my mind is that I have yet to taste a pumpkin spice tea that really tastes like the spices most commonly in pumpkin pie, which seems to be what the tea companies are trying to do. The primary spice in pumpkin pie is ginger, followed by cinnamon, clove then nutmeg. Pumpkin spice teas always seem heavily spiced with cinnamon with the other flavors lagging sadly behind or completely absent.
Despite this fact, however, Culinary Teas’ Pumpkin is a delicious and very drinkable tea.

This is the first Pumpkin tea I have tasted, so I don’t really have any points of comparison. I’m the kind of person who chases after things like “Pumpkin Pie Martinis” and “Pumpkin Ravioli” so I write from the perspective of a pumpkin lover.

This tea pleased me very much. Most importantly, the pumpkin flavor seems true and not at all synthetic. The mix between the black tea, the spices, and the pumpkin was exquisitely done. If you like flavored teas as I do and if you are a fan of the Pumpkin as Food or Flavor source, you owe it to yourself to give this a try. Very well done, Culinary Teas!

Love this in the fall.