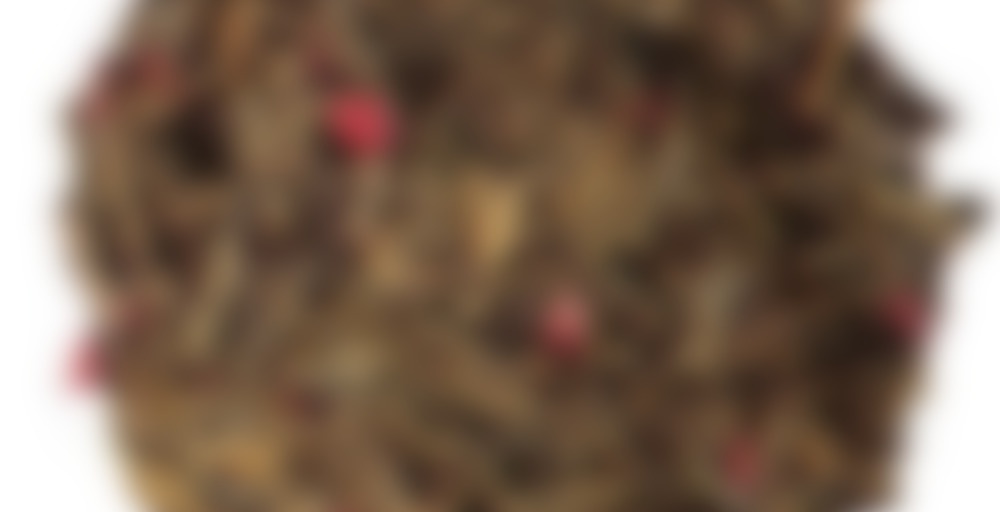 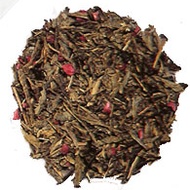 by Culinary Teas
77
You

Country of Origin: China
Region: Hunan Province
Shipping Port: Shanghai
Grade: Japan Sencha style
Altitude: about 2500 feet above sea level
Manufacture Type: Pan fired green tea
Cup Characteristics: Ooh-la-la refreshing raspberry with smooth green tea notes.
Infusion: Bright pale green to yellow, light colored cup.
Ingredients: Luxury green tea, Raspberry pieces, Natural Flavors.
Information: Raspberries have been enjoyed as a delicacy in Bohemia, a region of the Czech Republic, since at least the 900s. One need only drive a little way outside of Prague to find wild bushes lining many of the roadsides that wind their way through the countryside. These sweet little berries were purportedly the favorite of Boleslav I, the first King of Bohemia. Unfortunately, old King Boleslav, also known as Boleslav the Cruel, murdered his own brother St. Wenceslas. The murder allowed Boleslav to take the throne and was committed at a family feast – some family! Given the kings fondness for raspberries, there is no doubt that along with murder, the fruit was also served. It is too bad Bohemian Raspberry green tea wasn’t also available – itmay have relaxed the man a little. This blend, with its mellow grassy undertones and sweet raspberry notes, is one of our most soothing greens yet

Bohemian Raspberry is based on a Sencha style green tea manufactured in Hunan Province, South Eastern China. Sencha, a Japanese style green tea, is produced by skipping the fermentation process required to produce black tea. Interestingly, both green and black teas can be produced from the same bushes. In green manufacture, the freshly plucked leaves are steamed or heated (to kill the enzymes that cause fermentation) immediately and then bruised either by machine or hand. Next the leaf is pan-fried or basket fired – a process that gives the tea its distinctive glossy looks and feels. Senchas typically have dark green, needle shaped leaves and produce a pale green to yellow, very bright and smooth cup with a sweetish, honey like finish. Infuse a pot today, inhale the sweet aromas and raise a toast to Boleslav the Cruel. On second thought, make that St. Wenceslas.

This tea is balanced well. The fruit and green tea come out in the right strength. Love the rich raspberry flavor. I might have to buy some raspberry jam to mix with the tea. Wonderful iced.