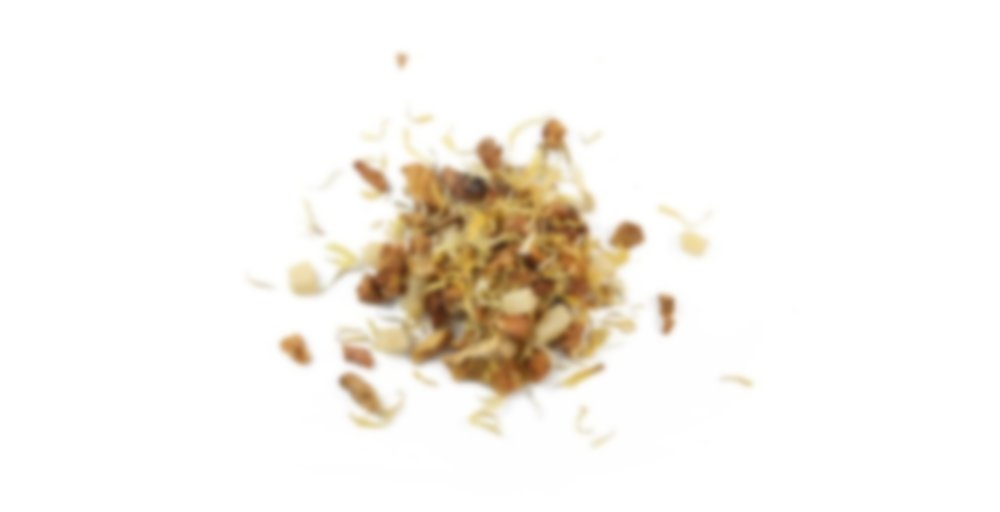 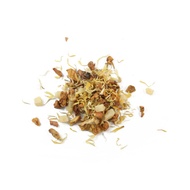 by Cornelia Bean
76
You

One sip of Pineapple Mimosa and you’ll be relaxing on a tropical beach with this sweet and tangy blend!

I was certainly feeling the caffeine from my earlier session with Camellia Sinensis’ Jin Die so I needed something caffeine free to kind of mellow out a little bit for a while. This was part of my vacation haul, and I’ve been pretty excited to dig into it so I figured why not give this one a whirl.

Is it just me or have a lot of companies been going for this “Pineapple Mimosa” flavour lately, though? I know I’ve seen a few companies here on Steepster but even just in general I know I’ve seen others that aren’t on Steepster just from cart building on different websites in the last year or so. I think the first time I heard of it as a flavour was when DT did it a few summer’s ago as part of their cocktail collection. I liked it a lot then, but it was really new to me as a concept. Is this is a thing now outside the tea world that the tea world has then set out to replicate or is it a thing that’s unique to the tea world!?

It’s good though! Very, very strongly pineapple flavoured without a lot much else going for it other than sweetness and apple undertones. I mean, I like pineapple A LOT – it’s my favourite fruit and definitely in my top five favourite foods of all time. So, you know, I’m down. I could see this being a little too cloying or “candied pineapple” tasting for some though, and if that was the case I could see people easily being turned off by it. Understandably, as well. It’s a touch weird as a hot tea though; I think I’d be much more into it either iced or cold brewed…

Also, even if I like the profile doesn’t mean I’m sold on this whole “pineapple mimosa” thing as a concept. I mean, a mimosa is champagne and orange juice – right? So even if we’re, in theory, replacing the orange entirely with pineapple shouldn’t there still be something in this to replicate the flavour of champagne? ‘Cause right now it’s essentially just a sweet but straight up pineapple flavour. I think if you, as a tea company, really were committed to the idea of a pineapple mimosa you’d do something to introduce another flavour here to actually give a proper nod to cocktail you’ve named your tisane after.

But that’s just my opinion.