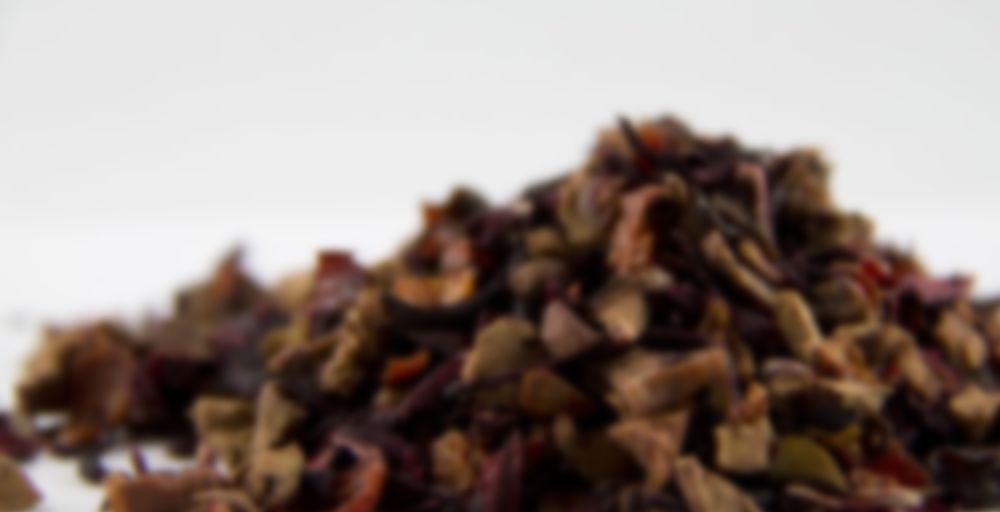 by Cornelia Bean
74
You

I cold brewed three teaspoons of this in a bottle of water and the result is a very sweet, juice-like drink. Granted, it is thinner than juice, as to be expected but it still has a juice-type flavor. The apple is it’s typical sweet self but it doesn’t take over as the cranberry certainly holds it’s own. It’s actually quite the tasty evening treat so thank you Roswell Strange for sending some my way.

Hmm, there’s cranberry and apple and a lot of tartness, but also a medicinal flavour that’s just not working for me right now. Boo.

I wonder if I’m getting sick – this is the second cup today that’s tasted medicinal. My partner is sick right now, and my sweetie was also sick recently, so between the three of us, it seems unlikely that I will successfully dodge that bullet.

Still drinkable. Maybe if I think of it, I’ll cold brew the rest and see how that works for me.

I made my partner a carrot cake, since he’s feeling crappy and had a sweets craving. It’s pretty delicious.

Edit: Okay, cooled, this is loads better. The medicinal note has faded a lot, and there’s mostly just lots of cranberry now. Bumping up my rating.

(Ok, before we get into the backlogged tasting notes from my queue Imma have a mini rant about my kinda crappy day)

I just tipped over a bowl of Cinnamon Toast Crunch all over my lap. There’s milk everywhereeee…

Just the cherry on top of a roller coaster of a day, I suppose? It started off with me sleeping through my alarm, which was set for 8AM today. When did I wake up? 10:10AM. When did I start work? 10:30AM. Thankfully I live very close to work, so I wound up only being 5 minutes late – but I had to skip a shower, breakfast, and making tea for work. I spent the whole day paranoid that I smelled funny.

And then, upon getting to work I was written up because, I guess, when I closed the store last night I forgot to fully turn the latch on the door to lock the store. I half turned it, but since it wasn’t completely turned it was a security risk. Blah. If they say I did it, I did it – but I just can’t imagine not fully locking up. Oh well. Still, not a pleasant experience today.

And then, my card got declined on break when I was grocery shopping which was really embarrassing. The clerk was super chill about it; but I felt like I had basically just wasted not only the clerk’s time, but my break too which sucked. I got home and figured out why my card got declined though; today is Sunday and I’ve been so out of is this week I thought it was Saturday – I have a “savings” feature on my account that every Sunday morning at 10AM my account automatically transfers $100 from my spendings account to my savings – and it just so happens this week I had only a few dollars on top of that usual 100. Blerg. If I had realized what day it was, I could have transferred it back into spendings before leaving for work.

NOW ONTO THE TEA!

So, this was a cold brew – and one I was really excited about. This blend comes from Anlina courtesy of the secret pumpkin swap. I think it was super thoughtful of her to include a bunch of cranberry teas (as well as other flavours I love) for me to try; that’s the element of this one that really gets me pumped about it! And, cold brew seemed like the natural route to take with prep.

Unfortunately, I didn’t record any notes for this one after I drank it (I think it was on one of the days where I was just exhausted and basically collapsed onto the couch straight after giving home, and went right to sleep) so I’m writing based off vague recollection. That said, I remember really liking this and thinking it was surprisingly sweet and juice like – cranberry always surprises me in tea; it’s never as tart as I think it’s going to be.

If I’m remembering correctly, both the apple and cranberry were present, though the cranberry slightly more so. I think the apple leaned more heavily on the “red” side of the fruit. I don’t recall that more tart/crisp green apple flavour. And, speaking or tartness – I really don’t recall any overwhelming hibiscus flavour in this. For me, at least, the hibby was on its best behaviour.

So really, gotta make this again sometime soon because I want to really, properly review it! This make shift rant/review combo isn’t cutting it, for me. Because I know there were other things I noticed when I drank this, and now I can’t remember the specifics. Smeh.

oh no…. I had one of those days a few weeks back right after I came home from the hospital and husband was out working. I hope today brings many unexpected smiles to make up for the messiness of yesterday.

Sorry to hear you had such a bad day.

Hopefully the days coming up go much more smoothly for you.

Looking at the ingredients, I am not surprised to find rose hips and hibiscus in this. Is it ever tart! I cold brewed some and I like a tart iced tea, but even I am trying to work out if this is a good tart or a bad tart. I want to say that the dominant flavour is cranberries, but there does not appear to be any actual cranberry in the leaf, so I take it I am tasting the tartness from the hibiscus and attributing it to cranberry. The apple is present, under the berry, but really, it is the tart hibiscus/berry you are tasting. Overall, the flavours don’t clash, but the whole blend tart, bordering on downright sour.

I am glad I brewed some of this up, and I think it is a well blended tea, but I am not sure if it is the berry blend I am looking for.