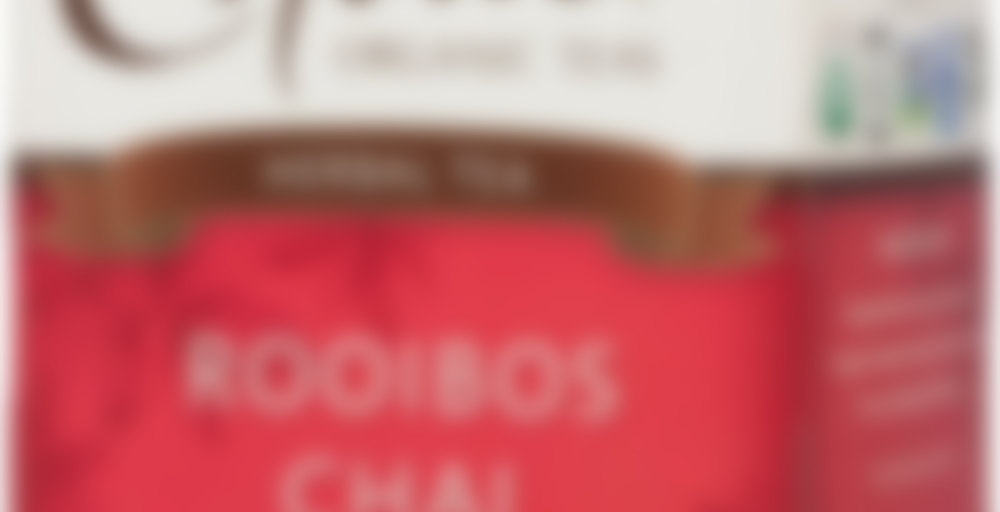 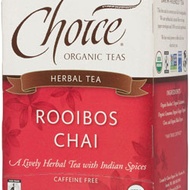 by Choice Organic Teas
78
You

Thrill your senses with this naturally caffeine-free twist on traditional chai. We blend rich South African rooibos with the finest masala spices for a cup that’s warming, robust and subtly sweet. It’s a luscious treat that pairs wonderfully with milk and sweetener. (Caffeine Free)
Ingredients

I’ve been drinking this on occasion, but, I just realized that I’ve not logged it even once!

This is a really good rooibos chai. As I’ve said on many occasions, I’m not big on rooibos, but, I do enjoy organic rooibos, and I did at one time have a very tasty rooibos chai blend that I crafted using a similar recipe of spices that I used for my Masterpiece Chai. It’s been so long since I’ve had that rooibos chai though, that I would have a hard time saying how this one stands up to that. This one IS good though.

It’s warm and nicely spiced without tasting too spicy. The ginger and pepper sit off in the background, providing a warmth to the cup but it isn’t an aggressive, peppery chai. Nice and warm when it is COLD outside!

Rooibos chais are great for cold evenings. They have the wonderful warm spices of real chai without the caffeine. I really enjoyed reading this tasting note.

I’ve had this one for a while and I thought today was the perfect day to try it. Not only because of my BB but because I could use the spices as I heard many of them are good for soothing tummy issues.

This smells like a sweet yet slight spicy chai post-steep.

The color is a nice rich dark red-brown.

I could see myself drinking this often! This one surprised me! If you see this on a shelf at a good price – give it a whirl!

James R sent me some tea bags to sample when I bought the delicious Harney’s Hot Cinnamon Spice. This was one of them! thanks! Surprisingly, I hadn’t previously tried any of the teabags included in that package! Nice! This one is a spicy chai with a rooibos base, so I can drink something with flavor at night without the caffeine. I’ve been trying to only drink rooibos or herbals at night, since I don’t sleep very well as it is. Of course, I can’t really taste the rooibos with all those spices… but it’s nice and peppery! A decent cup. I think I’ll resteep this with some black tea tomorrow morning. (Yes, my morning teas are much more fun. I was almost going to say because I have so many more choices, but I think I have enough choices just in the herbals & rooibos departments!)

The second tea in my search for a good rooibos chai. This one also has cardamom listed as the second ingredient, so the cardamom flavor dominated. Not one I will buy again.

I depleted my rooibos stores the other day, and bought this tea and the Choice Rooibos Superfruit so that I have some nice antioxidant-packed, caffeine-free evening beverages (I can’t seem to get into chamomile). The chai spices work very well with the rooibos. They are not overwhelming, but they definitely are stronger than the rooibos flavor. The local tea store near my sister’s house has some decent loose rooibos that I’ll have to purchase next month. In the meantime, I will enjoy this tea. Hopefully the Rooibos Superfruit is a good one as well.

One of the smoothest teas I’ve ever had!

When I’m not in the mood for something with really bold flavor but I still want a good taste, this is the tea I choose. I think it’s awesome when tea companies can get the smoothness just perfect on a blend, and I can definitely say that about this one. Such a favorite, it’s a taste I can never get tired of :)