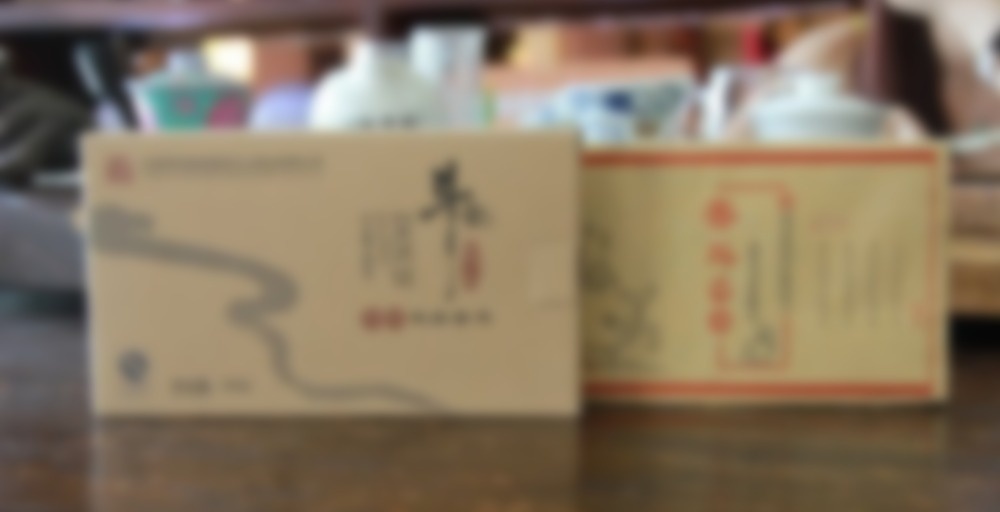 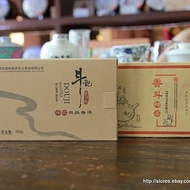 As always, Douji is one of the better producers of “main stream” puer. This brick is not really their best effort, but it still destroys most other puer available outside of China. Douji’s lowest quality product still beats out all of the competition, in my opinion.

I hope I am not making a mistake by trying to drink this tea so late in the day. It’s almost 5 pm and that is pretty late for me and sheng but I really wanted to try it. I have 2 other mini bricks from Douji that are around 100g but this is a 250g brick I purchased from China Cha Do for $34.99.

Definitely a nice sheng puerh, very light on the bitterness if that is not your thing. I’m doing short steeps of around 15 seconds in the yixing and getting a deep yellow tea liquor. The tea is smooth and thick and is mostly on the woodsy/sweeter side with notes of citrus. I am getting lemon, orange and anise. The bitterness snuck up on me a little bit after I had about 4 steeps. There is no smoke in this tea either. I do like smoky young shengs sometimes but it’s nice to have some that aren’t.

I played around with the water temp on this and found that steeping it at 190f or so yielded good results for me and brought out the sweet, fruity flavor. If you’ve never had Douji and you like raw puerh I would recommend giving this a try. The mildness of this has made it a really good afternoon tea. It is delicious. I would definitely like to try more Doujis in the future!