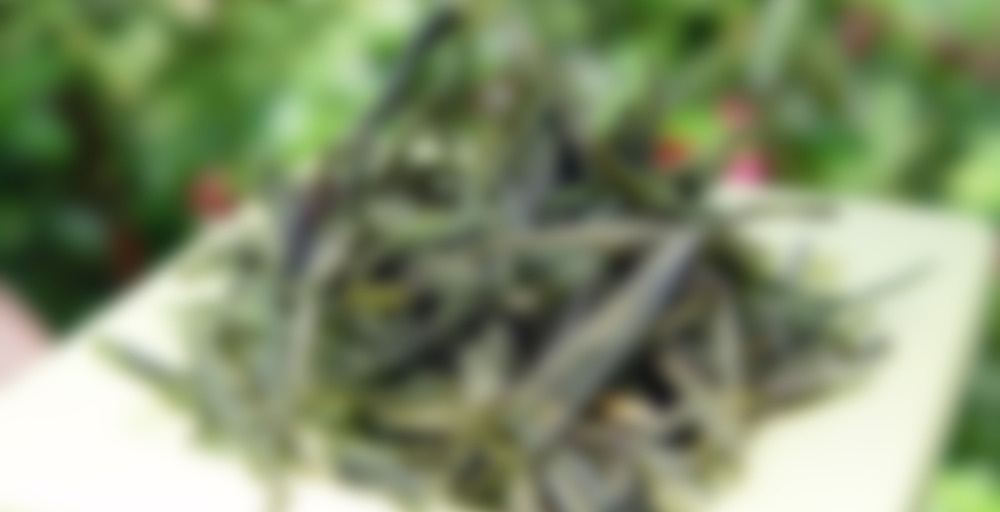 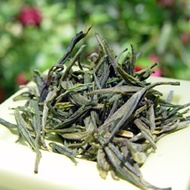 We just received a fresh batch of TOP #1 GRADE (bud and two leaf), hand cultivated 2010 Huoshan Yellow Bud Tea from our good friend, Ms.VeeVee Zhang. This yellow/green tea was grown in the tea gardens on the high mountains of the Da Hua Ping area, in Huoshan County, Liu An City, in the Anhui Province. The tea garden been using the same ancient tea cultivars 金鸡/Golden Chick and 霍山早/Huoshan Morning used in these tea gardens since as early as 91 B.C..

This rare tea was imperial tribute tea in the Tang, Ming and Qing Dynasty. The processing method was said to be lost and only to be re-discovered after the 70s, since then, it has been sent as tribute tea to China National Departments every year.

The aroma of the dry leaf is gentle with a hint of sweet hay and the liquor has a soft, fresh sappy aroma of great charm, with a warm toasty edge and a delicate vegetal taste that lingers on the tongue. This is the best of the harvest, which produces a slightly more refined, lighter liquor, yet retaining the characteristics of a green tea.

Now that I’ve had time to contemplate my feelings about this one, I must say that I LOVE IT. It is amazing. Quite possibly the best yellow tea I’ve had.

My full-length review of this one will be publishing in a little while on SororiTea Sisters.

I need to try this. Have been meaning to get some, but alas the list is long.

We are continuing with Sample Week and after nearly forgetting it yesterday, I’m starting early today. :)

Today’s choice is a yellow tea, and I’m not very experienced with the type. I remember having had one relatively recently, but I can’t recall what it was that made it ‘yellow’ other than a process to make it less something than green teas. Grassy, I think. I can’t recall which tea it was either or even where it came from. I can’t even remember what I thought of it other than I found it fairly nice. But wether that was 60 points worth of nice or 95 points worth of nice, I have no idea.

Which is just as well because it means I can assess this one on its own merits, seeing as I still have very little idea of what to expect. Chi of Tea is another one of those companies that I’ve had a good experience with so far. I’ve liked what I have tried from them, some more than others of course, and shopping with them has been completely without problems. And they USED TO HAVE the best vanilla tea I’ve ever met. (If you’re looking, Chi of Tea, that’s a great big hint there!)

Now, this one has the same sort of aroma as the one I had yesterday. Yellowish green is the colour, my brain says. The Chinese colour. It’s thick and buttery, slightly salty and grassy and with an almost sticky quality to it. It’s the sort of aroma that gets into the nostrils and then clings on for dear life. A sort of ‘after-smell’ if you will. :)

It’s not the sort of aroma that would lead you to believe you were about to have a sip of something refreshing, and at first taste you find that it is indeed a quite buttery cup. As mentioned yesterday it takes a lot of butteryness before I think it’s properly buttery, butteryness not necessarily being a wished for quality, and this one is getting closer to it than the green tea I had yesterday, although it’s still not quite there. I do get that feeling of the palate going sort of round, but it could definitely be a lot worse.

If it hadn’t been for the fact that the flavour experience is twofold here, it probably would be. That round buttery note is one part. The other part is cleaner and crisper. It’s like a single clear-sounding little bell striking out in a murky, silent darkness. A very small sound but still heard far and wide. I like this note a lot better than the former. It tastes like hay and spring and it leaves a cool, almost minty aftertaste. which doesn’t seem to be turning sour. It just goes on and on being there, being minty, refreshing me and making me think I have nice breath as a result.

That freshness is what really makes the deal for me and seals the score. It’s not something for me to invest in, but it’s very pleasant to get to try. It’s rare for me to find a tea so awesome that I must keep it around always and have it NOT be one of the darker types of tea.

yellow tea is made either from early spring buds or Mao Feng pluck…after the initial drying, just before the first firing, the tea goes through Men Huan, a step where the leaf is slowly and lightly steamed and covered with a cloth to allow the leaves to breath and reabsorb their own aromatics (also known as ‘sealing yellow’)..the ‘rest’ period can be hours or days and this causes the fragrance and sweetness to increase…its similiar to the way that gyokuro is done…..in case you were curious