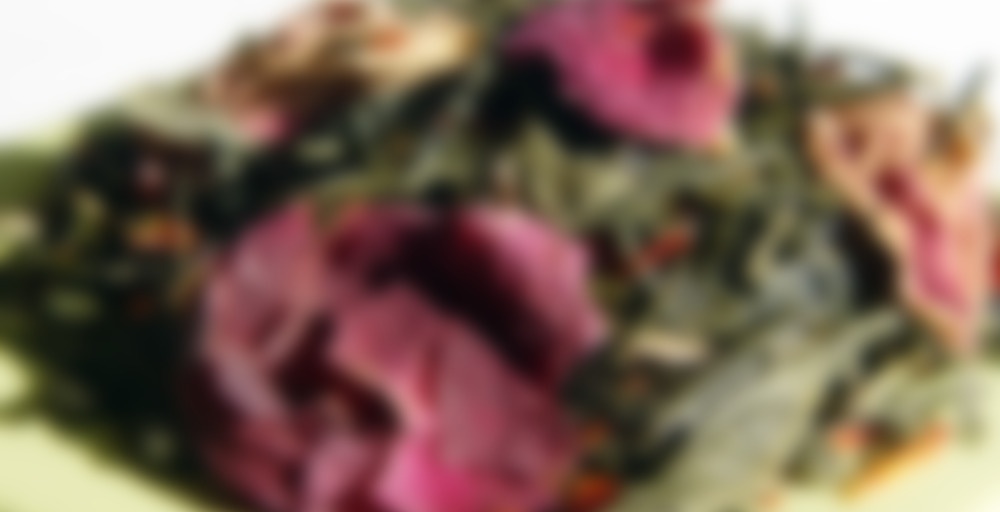 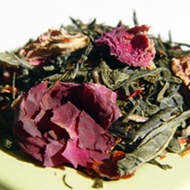 Aroma While Brewing: Woodsy and Sweet. The aroma of woodsy roasted tea during a morning rain in a garden of sweet pink roses.

This is a sample I received with my order, I decided that I need to dispatch this one as fast as possible as it smells like perfume, and literally was changing the smell of all the teas around it! I’ve had rosebuds with green tea before with some degree of success but it has never smelled as strong as this! In fact, when i opened up the package I received from Chi of Tea, this was the only smell I got.

Tea appearance is broken sencha pieces, safflowers and rose petals, and some rosehips i think. It tastes literally like perfume. I don’t taste anything but rose, with a sweet aftertaste. I’m sure there is someone out there that would like something like this, but this is fringe undrinkable. I don’t think adding sweetener will help, it’s already pretty sweet. I don’t see this working as an iced tea either. Again, there are ways to get rose and green tea to work nicely, but not when it smells and taste like perfume. (You might ask, well how do you know what perfume taste like?) I’ll leave that to you to figure out :)

As a last resort…make a simple syrup from it (equal parts sugar and steeped hot/strong tea, add to pot and reduce to desired thickness of syrup) and either use it as a topping for french toast or pancakes or in ice cream or sorbet…strawberry sorbet with rose green syrup might work to save this..but I’m with you on teas that are way over scented that the tea is lost

You know, that’s the first time I’ve heard about using tea to make syrup, which actually could be a great idea for mixed drinks. Thanks for the suggestion, I only have about 1 more cup worth of tea of this stuff, but the idea could very well be applied to other ones.

Well. I love rose scents (and am always worried this will make me smell like a little old lady), but was a bit hesitant with this one. Opening up the packet, the tea did smell rather perfumey. But, I thought it might be a nice and soothing cup after my first time in the gym in months. And, well, it does taste like I’m drinking rosewater. It’s strange for me. Not unpleasant, but as though something’s made it to my mouth that isn’t meant to be in there. I can’t really taste the sencha through the strong floral flavour. I suppose I’m just not accustomed to this!

Another free sample from Chi of Tea with my last order. This is very perfumed – I could smell it strongly through the packet. It smells sort of like rose flavour turkish delight. It tastes pretty similar to the dry scent – very sweet, rosey flavour. But it is so strong it comes across as a little artificial. I steeped for 2.5 minutes – perhaps if I steeped a little longer the sencha minght come through a little more?