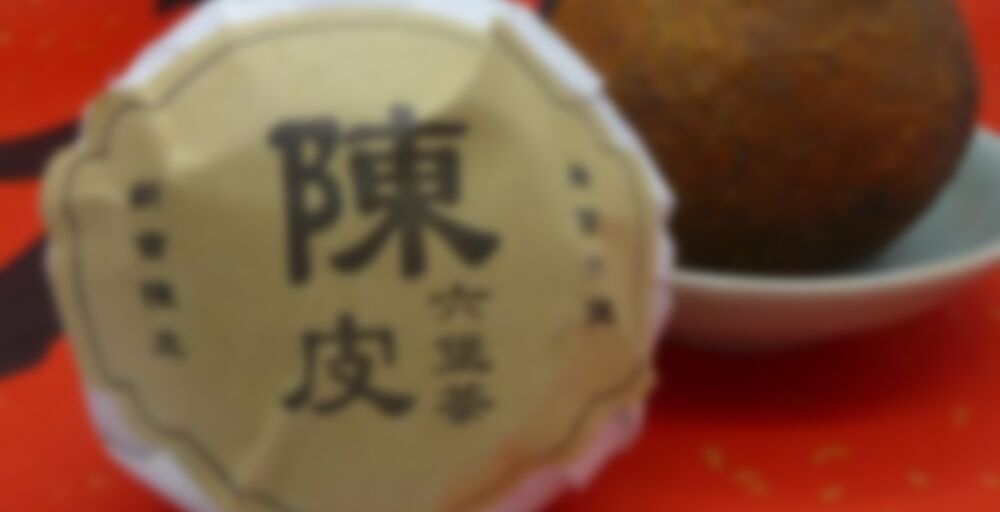 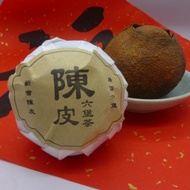 Normally is used ripe puerh tea in tangerine, it´s some traditional Guangdong product for tea drinkers. This is an special order by official Wuzhou TF dealer, just small quantity and high quality product! The fruits outside are from Xinhui District, Jiangmen City. Tangerine peel is a kind of Chinese traditional medicine and could improve digestive system and cured dry cough.

I just noticed that I created duplicate entry. Thought I checked if it was listed. Maybe it was with space in name. Or maybe one picture. Whatever. Will be careful next time as if there was not enough cleanup around to create my own trail of mess. It is not my review per se, more relaying what newbies introduced to it told me. I don’t expect them to review anything, so I am voluntarily stepping in for this honorary delegation duty. It is one of forms I only sent to others direct from vendors as these are more taste friendly. I do drink a lot of liubaos so I kind of know whom might benefit from it, medicinally. Anyways, I dump 80% of my blind buys so opportunity to give someone tea seems more aesthetic than compost legacy. This person were into oolongs which seems to be a marijuana of teas. The gateway. So all they had were ripe tuochas, dogwood berries, gotu kola, Hainan kuding, apart from that they are fermented liver diet proponents. So their report is that this guangxi chenpi is facilitating contemplation and “flushed in the face”. Moldavite flush ? How do I introduce someone to green brick. Tough. There is a site I bought few times called “liu-art-tea”, it could be my obsolete tablet of workplace setting but I can’t copy/ paste text and/ or images. Not sure when I feel enthusiastic to print descriptions and type them manually. Maybe at next eclipse ? But I checked, and they do have orange liubao brick. Pricey. Shipping from Germany costs as much as DHL from Kunming. So my plan is to roll-out tianjian, mojun and old tree liubao instead. I still think it is intuition that is guiding people towards tea. And their body immediately knows it is good. And then it is just tweaking of nuances. Myself prime example, was sceptically eyeing my ex Czech gf years ago having white tea in a plastic bottle that she would occasionally heat in a microwave. I was into scotch whiskey at the time. So there is time for everything. Like seasons in politics. Hope they never run out of fruit to stuff heicha with. I mean, 6 billion people, 6 million dolphins, what is ratio of tea to tangerines on this planet ? If there was a war between tangerines and tuochas, would we have northern Irish style of make love synergy ? Is it silence, is it breeze tumbleweed emptyness, is it a snowcoated cockroach melting inside my head. Oh, brewing, they don’t have gas, which takes 45 mins to bring slowly to boil from cold, which is my new fav as it super economical. I mean 5g for 8 cups. So they had electric hob and it took 20 mins. I would push it for continue boiling for 20 mins, but that’s me. Accidental discovery when got fresh as opposite to dried gotu kola that smelt gorgeous but wasn’t as oily when brewed. So boiling from cold took care of that. And it works for lots bearable brews. Not sure what metallurgy behind it. Maybe it is additional kill-green processing ? Who knows, will see if it gets it artificial intelligence cookbook in 200 years from now.