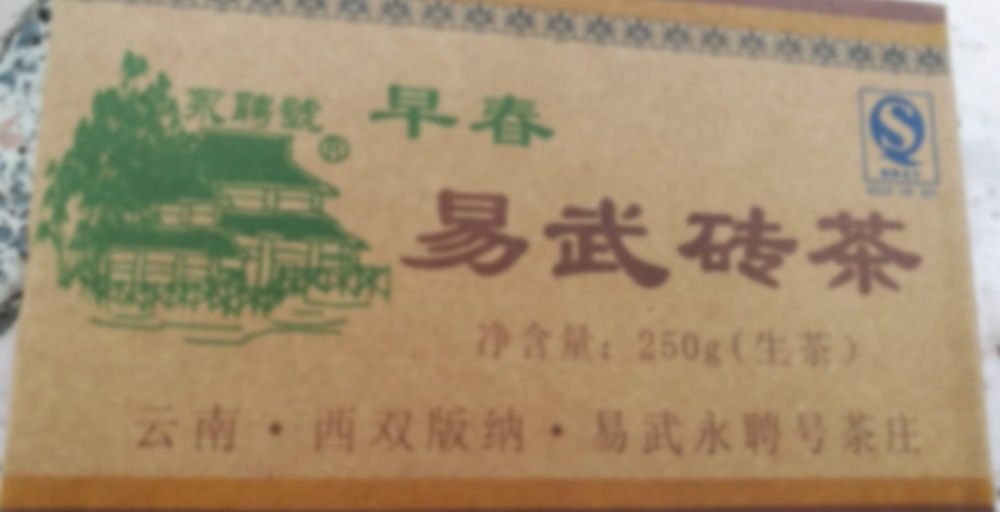 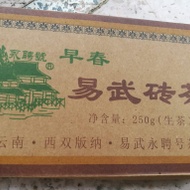 I’ve just tried a few Chawang Shop teas and this wasn’t a favorite, but it has an interesting character and potential so I’ll mention how that went. I think now (in 2019) it’s right in between losing the last of it’s younger-range character and picking up aged attributes, even though it’s a 2008 version, 11 years old now. The flavor is as subtle as I’ve ever experienced in sheng, which has actually came up before in trying aged Yiwu versions. The thickness of feel is positive, and although the flavor isn’t pronounced the wood and mild floral tones are positive. I think it will get there, it will just take a few more years. For value this is off the scale; it was priced at $40 for a 250 gram cake, and I think it will be subtle but quite decent aged tea within 2 to 3 years. Note that the tea is yellow-golden in these pictures; I think that along with the flavor aspects will change over that time, darkening in color and moving onto warmer tones, maybe even very mild dried fruit range.

The review post goes a lot further with all that and cites a couple of related reviews to support more speculation about aging pace and general character of related versions: