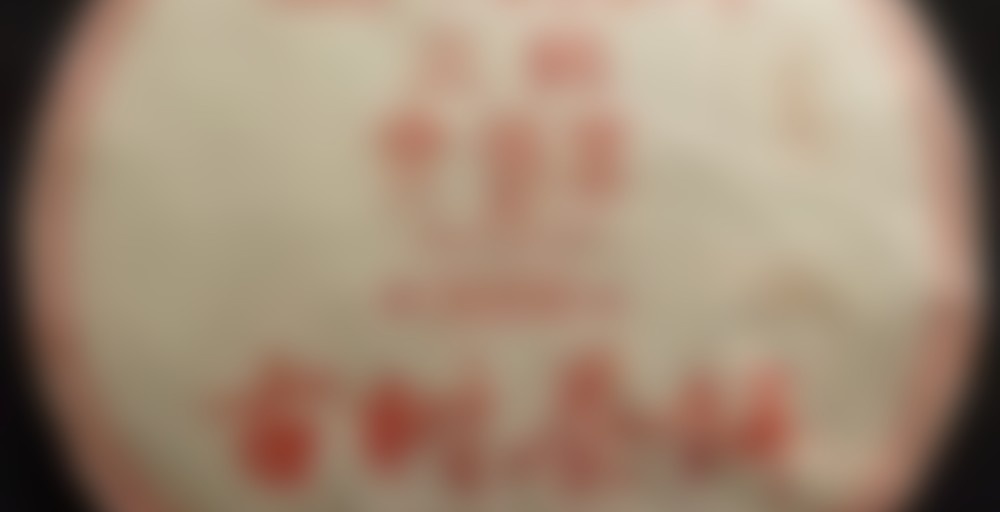 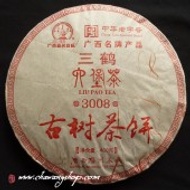 Here is an attractive raw Liubao tea that is truly worth tasting. Also great for Sheng Puerh lovers!

This Liubao from Chawangshop is an iron cake in the truest sense of the word. It was so heavily compressed that my Damascus Steel tea knife was not up to the task of breaking it. I had to break out my awl, which was barely able to break it. This is basically a raw liubao cake according to how I read the description on the Chawangshop site. Produced in a similar fashion to raw puerh tea. The tea liquid is brownish in color, like the color of a ripe puerh. The taste of the tea is very spicy. A potent taste and aftertaste of spice permeated the first six steepings then began to diminish. There was also a slight sour note to this tea, although I did not find it unpleasant. I have never seen a cake quite like this advertised elsewhere. Liubao is usually fermented in my understanding, more like a ripe puerh. This ono is decidedly more like a raw puerh. There were also some sweet notes to this tea, but I did not find the kind of fruity notes you sometimes find in ripe puerh. Also no notes of chocolate. This tea is plainly hard to describe as I have no frame of reference to describe it with. I found it quite enjoyable. In the end I gave it eight steeps although I’m sure it would have gone a few more. I am sure it would have gone twelve at least.

I steeped this eight times in a 120ml gaiwan with 9.5g leaf and boiling water. I gave it a 10 second rinse and a 10 minute rest. I steeped it for 5 sec, 5 sec, 7 sec, 10 sec, 15 sec, 20 sec, 25 sec, and 30 sec. Again this was very enjoyable and more like a raw puerh cake than a ripe puerh cake. I can’t think of any other way to describe it. It did not have the type of bitterness associated with a 2009 raw puerh cake. There was very little bitterness. And the bitterness it did have was different from the bitterness of a raw puerh. It’s very hard to describe this tea.

Yssah I put some of this in the Puerh Tea TTB. You should try it.