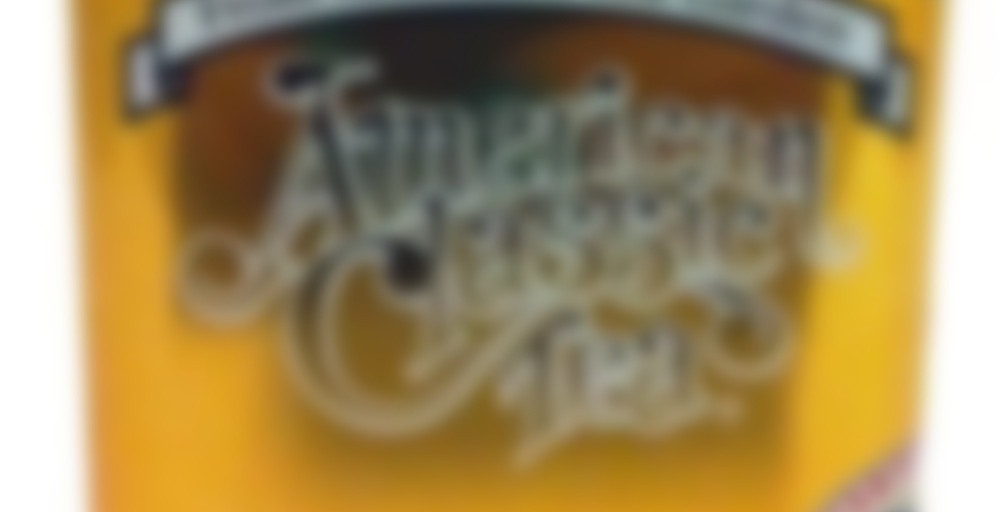 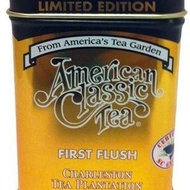 by Charleston Tea Plantation
78
You

Over 100 years ago, tea planters brought their finest ancestral tea bushes from China and India to Wadmalaw Island near the historic old city of Charleston, South Carolina. Now the direct descendants of these very plants have been lovingly restored to their former grandeur here at the Charleston Tea Plantation, a lush subtropical tea farm. It is in this context of great natural beauty and colonial pride that we bring you American Classic First Flush® Tea made from 100% tea grown at America’s own tea garden. Produced from the leaf that is the plants’ "first flush" of new growth for the season, First Flush Tea is the absolute purest, freshest and most amazing cup of tea available! It has a unique and more defined taste that encompasses a smooth and mellow flavor. First Flush is only available once a growing season and will only be offered for a limited time!

A solid English style black tea. Brewed a large pot in the Western style, and enjoyed the taste without cream or sugar. Definitely worth checking out for casual drinking or for less sophisticated tastes.

I bought a tin of 2014 harvest last year and am just getting around to drinking it now.

The leaf is dark, very chopped and thin compared to Chinese leaf tea, like tea leaf flakes. I’m drinking it gong fu in a gaiwan, but with every pour my inner logic keeps saying “get out the kyusu,” because I keep losing too many bits into the cup. However, I’m lazy and a kyusu just says spring and right now the winter is holding fast. This tea definitely needs a strainer. That is the bad part.

The good is the taste is very unique. The tea brews up golden brown rather than red, and has something of a maple syrup, burnt oak and ginger taste profile. Recently I’ve also been drinking a black tea beeng cake from Yunnan Sourcing which tastes more like Tetley or ordinary black tea, but this Charleston tea has nothing of that usual black tea taste I’m familiar with. It doesn’t have the thickness, but lasts a good six flash steeps or more.

It is, however, kind of like a bag of snacks I keep eating long past what I really need or want. After I get my six or seven steeps, I dump the leaves and start again fresh. I can go three sessions a night on this stuff compared to one or two of the Chinese counterpart. A good tea for lightweights or newbies, an interesting taste profile for the regular tea drunk who usually drinks a whiskey sheng and is now making do with Pabst. Crumple the can, throw it in the bucket and grab another and whoops, I guess that twelve pack is history.

The tin is cool and I plan to keep it. This tea is sold out from last year and you have a couple months window maybe to get one. Bought mine right from the company website. I have the green also left to taste.

Edit: this tea is really growing on me over the past couple of weeks. Drinking it frequently. The caffeine level and qi in the middle of my back is awesome, I’m loving the mental clarity. Raised the rating by 5 points.