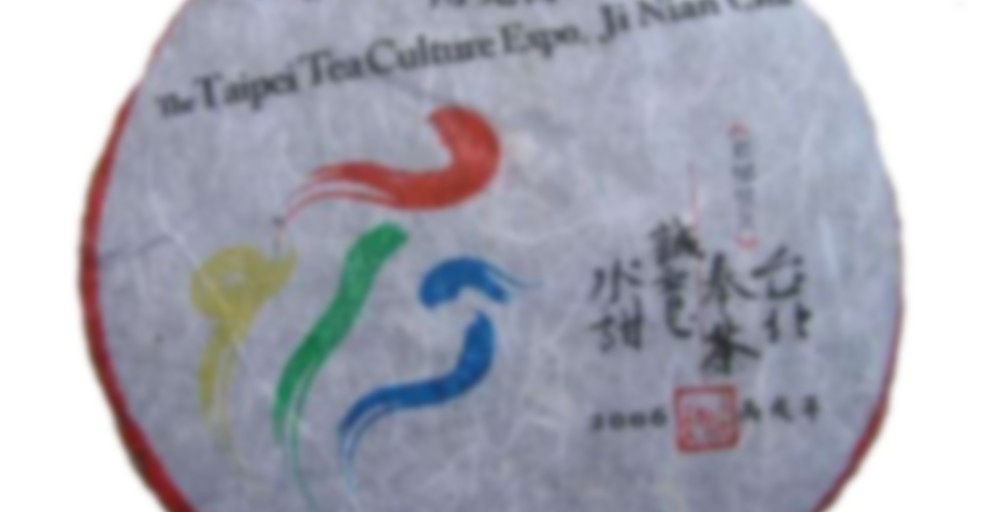 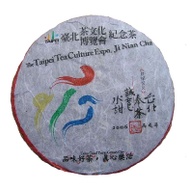 by Changtai Tea Group
71
You

This cake was created to commemorate the Taipei Tea Culture Expo 2006 held in Taipei, Taiwan. It was blended by the Taiwanese tea expert Mr. Huang Chuan Fan and produced by Changtai tea factory.

The sample piece I had of this sheng cake looked rather tidy with the appearance that it consists mostly of whole leafs. Given this it was a surprise that my first two infusions (30 and 20 seconds respectively) poured onto my bowl with a lot of leaf debris. I don’t know where the small pieces came from but I decided at this point to flush the leafs well by just pouring hot water in to the gaiwan and pouringit out with a large gap between the lid and cup. This somewhat reduced the amount of leaf pieces i got into my bowl with later infusions. I don’t actually mind having some leaf pieces in my bowl but they tend to disrupt the balance of the tea if there’s too much of them.
This tea started up mild and smooth. I was expecting that it would open up as a sweet and juicy young sheng pu’er but this turned out to be quite far from what actually happened. The tea reaches it’s peak at perhaps fourth or fifth infusion. It is a rather dry tea. It reminds me of wet newspaper. I get an image to my mind of the space under my family’s summer cottage where the firewood is stored. This place is somewhat damp but not wet. The damp firewood and the ground has a kind of ….well, woody aroma that actually feels dry to the nose. The profile is rather unusual, not unpleasant or pleasant. While it did become milder and smoother as I continued observing it approaching tenth infusion, the characteristic dry profile stayed the same. The aftertaste is fresh and there is also some amount of ‘afterfeel’ on the tongue which I think is a positive thing.
Overall I’d say this tea is interesting and the quality is acceptable. I expect my teas to impress me and unfortunately this tea failed here. I can still recommend it to those who wish to explore the taste space of tea as this tea occupies one of the more quiet corners of that wonderful place.