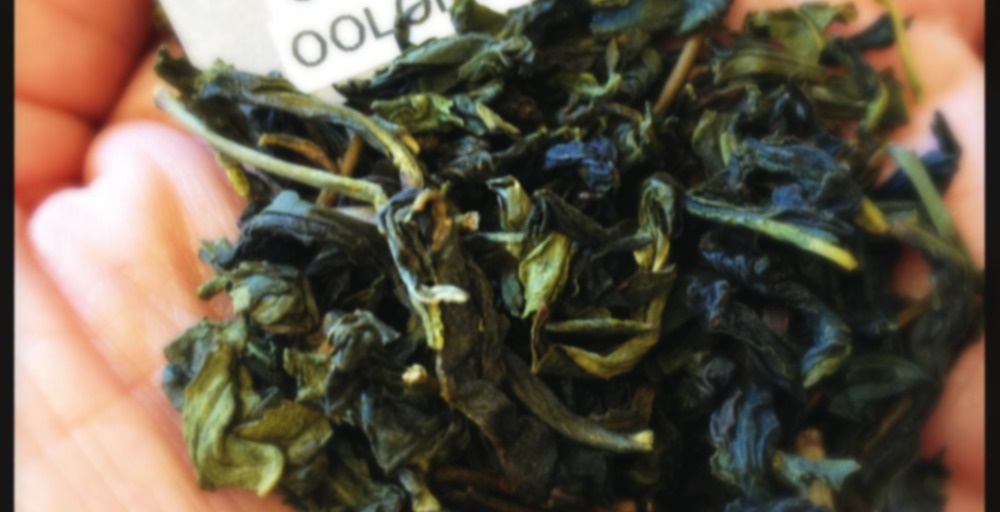 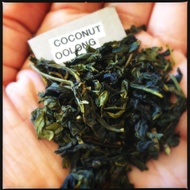 by Carytown Teas
87
You

This was a surprise sample in my swap from Shmiracles! Thanks for sending it along!

Coconut oolongs, and coconut pouchong/baozongs in particular, are pretty popular, and its one of those things where people always wonder if they are coming from the same source. I think I have actually only tried Golden Moon’s Coconut Pouchong, but I love it so much that I’ve never sought out another. Of course I also haven’t had that one in my stash for forever (and won’t until my stash gets smaller), so I rarely have one. When I opened the pouch for this one it smelled not just like coconut but toasted, baked coconut, and I always associate that smell with coconut macaroons. It also smelled a bit more floral than I remember the GM tea smelling, more like the bao zhong base.

Haha, it just occured to me that Shmiracles sent me the macaron tea from MF, but she also sent me a macaroon tea as well!

Anyway, this is quite a delicious example of this type of tea. Sweet, creamy coconutty but not raw coconut. Toasty coconut, like a cookie, which is really the best kind for me. For tea, I guess, because I love raw coconut to eat, but it sometimes makes me ill in teas. Not this one, it’s all deliciousness all the way. The bao zhong is a bit floral here as well, but not enough to be distracting. Quite lovely, glad to have a sample!

i’m glad to hear you like this one. for me, it has a rare kind of purity/clarity that i can’t quite put my finger on but it feels very special.
high-five!

i opened this timolino to let it start to cool down, and as i finished the previous cup of another tea all I could smell was warm vibrant coconut.
i’m SO GLAD i bought this. i stood there at the counter hemming and hawing about whether i should spend the money. but once i get the tea home i’m always glad i have it and don’t think a bit about the money.

i’ll write more notes later. probably tomorrow when i drink it again. i just have too much to get done today is all.
i’ll obviously have to compare it to the davidstea version once i get time to taste that one.

This is a very old sample sent from Shmiracles back in the day before I got pregnant and stopped drinking tea for a year or so.

Not sure what makes this one different, but I didn’t like it quite as much as the original Coconut oolong from Davidstea (before they brought it back with the unnecessary addition of lemongrass).

This one seemed a bit more floral. I used 85 degree water and steeped for three minutes. Maybe two minutes would be less oolongy.

Either way, decent! I think I will cold brew the rest :)

A long overdue thanks to Shmiracles for the sample!

“unnecessary addition of lemongrass”: totally agree! WHY?? To me, that’s the reason I do not like DT’s Coconut Oolong AT ALL

I think Shmiracles sent me this one a loong loooong time ago. It smells heavenly! The flavor is amazing. It has that nice buttery oolong flavor tied with toasty coconut. The flavor is so rich it reminds me of some type of cookie or dessert. It’s super creamy and smooth. I really, really like this one! Thank you!