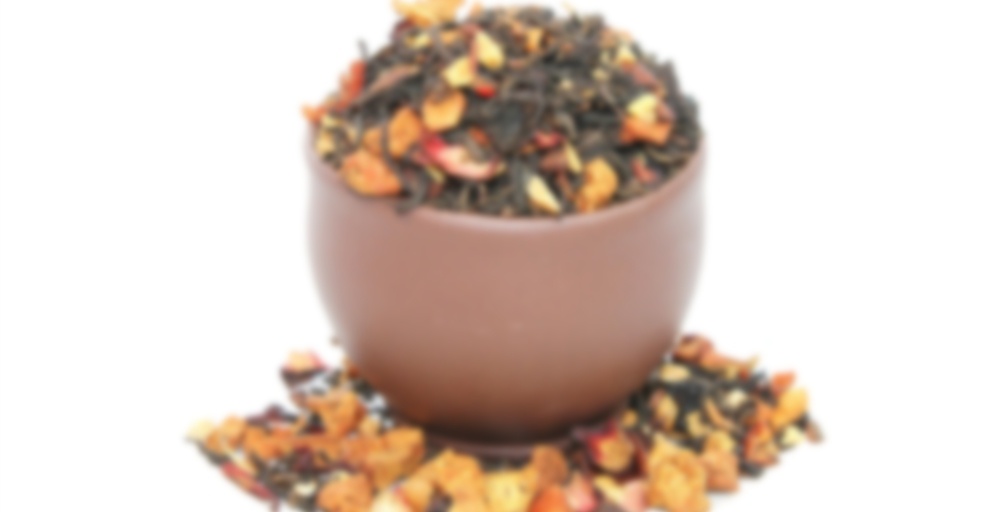 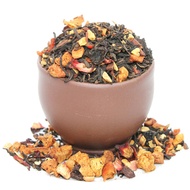 by Capital Teas
77
You

Welcome autumn with this blend of toffee-infused pu-erh and premium black tea masterfully infused with almonds, pistachios, caramelized apples, cinnamon, black currants, elderberries and peppercorns. Enjoy before or after ‘trick-or-treating’, beside the warmth of an autumn fire, or with a slice of your favorite pie for a frightfully delicious sensation … available for a limited time only.

Back from my job interview and I thought it went well, but I’m happy to be back at home in my yoga clothes typing notes on Steepster. :))

I didn’t realize I had bought a puerh tea until I added this concoction to the database just now. It is about 1/2 puerh and 1/2 other things like fruit and flavoring. I didn’t think I would like this but it’s actually pretty tasty. There’s a strong apple and elderberry flavor along with the pistachio and cinnamon. The puerh gives it a nice earthy flavor which is very grounding.

I did try adding a bit of soymilk to see what would happen, but I think this is one tea I prefer plain, the soymilk curdles. Never had an apple flavored puerh before and I like this a lot. It doesn’t taste a lot like toffee, but that’s ok. I also picked the fruit bits out to eat as a snack, he he. This is a good blend.

ooh this sounds really tasty! and it’s a puerh!

Nice, I"m always leery of pu-erh but I guess when it’s mixed with enough things, it adds a nice accent. Great to hear your interview went well!

A little more appley than I expected, didn’t really get much caramel. Almost more like an apple cider. People who love dried apples would love this one.