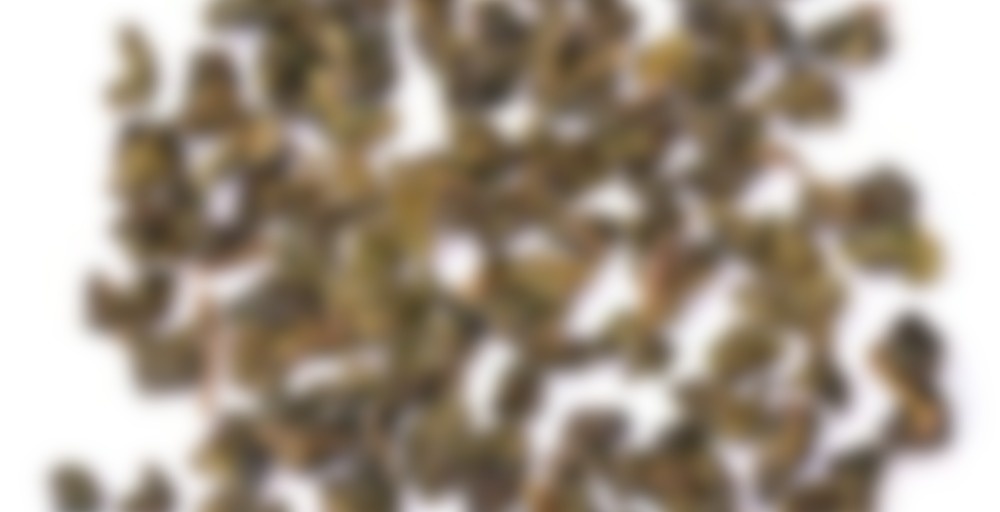 Wow, I am staying waaaaay past my bedtime literally planning out my cups of tea – how many, at what time of day, which teas, what order – and going through and eliminating all the teas I won’t have time to try. I just realized I hadn’t written tasting notes for two teas I drank yesterday when I stayed home from work…. I mean Monday. It’s Wednesday now. -_-Ugh, someone please hit the pause button. I need more days in the week.

I remember this was a rather strange oolong. It kind of did smell and taste vaguely like milk, which I just found too weird to be tasting in herbally infused water. It wasn’t bad per se, but the oolong didn’t have the traditional deep earthy woodsiness to it that I was expecting. The favours seemed to be on one level of depth, with the scent of milk. Interesting, but not for me.

Interesting. I decided to Gong Fu this whole sample too since the scent was faint in the bag. I could maybe tell it was a Jin Xuan with ginseng even without the “milk scent” indicating that possibility. Or it could be a Tie Guan Yin with the creamy florals. It’s on the greener side anyway, but still earthy.

The first steep had an interesting taste and smell. Some floral lilacs with a powerful sweet and earthy ginseing, and some creamy hints. The liqour itself was definitely a green milky oolong with the ginseng slowly opening up into a fruity character. The combined profile was like a hot liquid version of a Pina Colada Jamba Juice-but with stronger hints of other tropical fruit. I could be over describing the sweet ginseng-but something like papaya, mango-or barely pineapple.

The next few cups were a swish back and forth from spinach, minerals, to the florals, and the tropicals. A part of me wonders if I was less impulsive and brewed this western with less leaves: that is, if I would have gotten a more subtle tea. I probably would have gotten the same thing, or so I think as I sip.

Glad that this was a sample because I’m not a huge fan of ginseng oolongs. This, however, made me rethink the dimensions that ginseng can yield with a greener oolong. I’m pretty impressed with the topical fruit character that this tea was able to yield, and am glad to have had it. Thank you Evol Ving Ness!

Thanks for the sample Evol!

No tasting notes on this one yet?

Unfortunately, the day that I drank this was one of those “hurry up and gulp your teas before it gets cold” kind of days and I forgot to jot down my tasting notes. Next time, I will pay more attention.