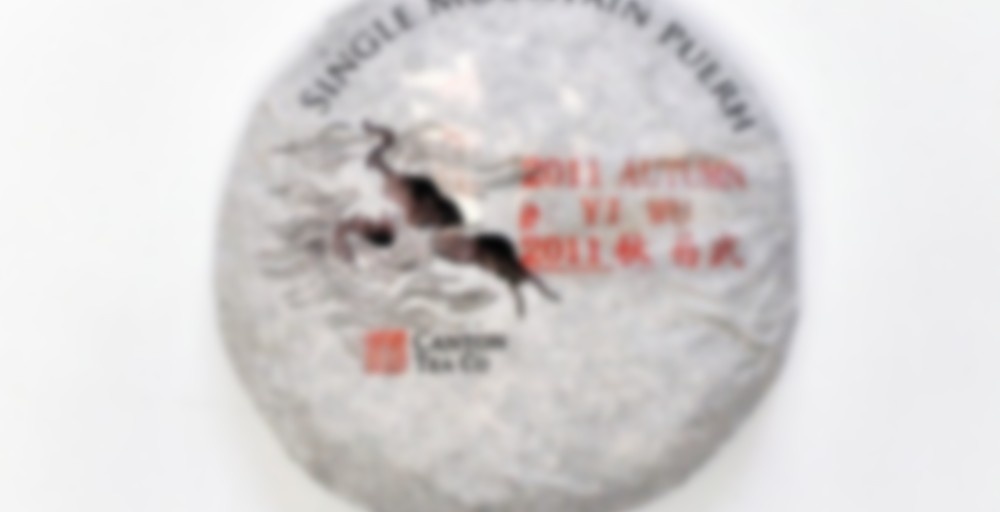 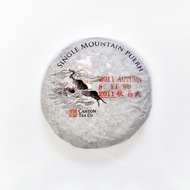 Looking at the cake I have tried this a few times in the past but can sadly remember much of my previous encounters with it (more due to time than due to the tea).

The first infusion brewed rather lighter than I was expecting (considering this is now around 7 years old) and didn’t pack a huge punch. There was a fruitiness and subtle creaminess, with the tea seeming to have mellowed over the years.

The strength increased for further infusions with more bitterness coming through and a nice lingering taste coming back a while after drinking the tea. Some almost citrus notes appeared to be present later while drinking as well, which offered a certain crispness to counteract the creamy element.

All round I would say the tea is perfectly pleasant, though not to complicated tea.

This was the third, and final, tea I ordered when buying a puerh bag and a puerh pick from CTC. The review on here made it sound great and, at £10 for 100 g, it sounded like a bargain.

This morning, I set down to breaking a bit of my cake off (just shy of 5g, I think) and prepared this in my Verdant Gaiwan. Having never broken up a puerh cake before, I’m not sure if this was typical, but it was more difficult than I expected! Videos on Youtube always make it look so easy hahaha. The leaves were nice, though – brown-and-dark-green, with some stem (but not much!). They were nice and intact, and they were consistent throughout the cake – what was on the outside was also on the inside, which I took to be a good sign.

After drinking WP’s Arbor Mist sheng puerh, I had a decent idea of what to expect, but I actually think I preferred (on the first attempts, anyway) this sheng – the infusions it produced were really lovely! Flavourful and tasty, but it was also quite fruity. Alongside this fruitiness, there was a lovely smooth mouthfeel and a surprising, almost cream-like note. It was also lovely and sweet.

The initial infusion was a pale yellow and subsequent infusions became a darker, gold/golden-orange colour. The earlier steeps were more vegetal and a little pungent, with that hint of bitterness and astringency, but later infusions had such amazing fruit and cream notes! The tea left me feeling alert and happy, so that’s a plus too. The final infusions (#9-11) were milder, but still really delicious – I got stonefruit notes, along with that lingering creamy flavour. It did also give me that tingly mouthfeel, that I’ve often seen described, so it’s nice to fully understand that concept now :D

I still haven’t tried enough sheng, I don’t think, to award a particularly meaningful score to this tea. But I’d strongly recommend it – it was really lovely! I’ll certainly be turning to this tea plenty in the future – brewing it like this (which, tbh, I think I will) will mean I’ll get another 19 sessions. Delightful! :D

Okay, be forewarned, this is another Sheng Yiwu Snob alert. This tea is another of the Canton Tea Company Single Mountain Puerh Collection. The color of the soup is a beautiful golden color. The taste is excellent, it is neither too strong or weak but right on the money. It has a very nice earthy/grassy/vegetal flavor with very nice kuwei and a hint of astringency. I really liked the fact that the taste lingers for quite a while after you are done drinking it. An excellent Sheng and at $16.80 for 100g, it is a very nice bargain.