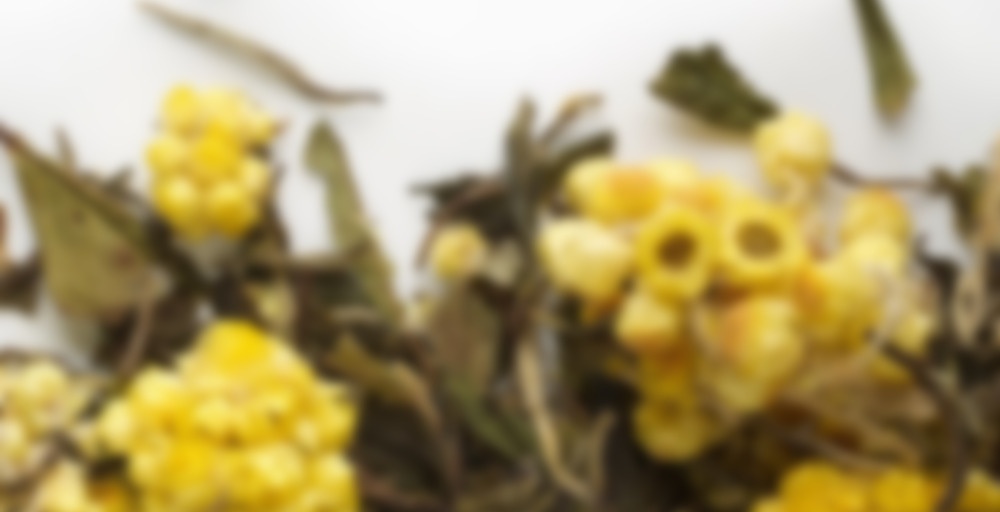 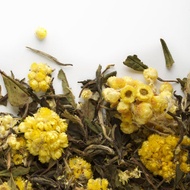 This delicious white tea flavoured with pear and spices develops a light and well balanced golden liquor. Its floral fragrance is generous and has an intoxicating persistence of helichrysum.

Not recommended during pregnancy.

Okay… so I’ve drank a decent amount of tea and to date, I have never came across something so funky.

I have no idea what I was tasting when I drank this.
I read the description and chuckled at the “Not recommended during pregnancy” as I thought about just writing a review saying: ‘thank goodness I wasn’t pregnant when I tried this one!’ but that would be odd, though technically I still did.

I’m not sure if i like the flower in this one. The aniseed and pear combination is a good idea with a white tea, but this flower in seems a bit overpowering for me (but I’m also picky with my flowers)

Wow, I had a huge influx of tea samples today! I received no fewer than four packages from various tea friends, and each had a generous selection of tea samples inside. So now my poor cupboard has swelled from 95 to 145 teas! Oof. Thank you, generous Steepster friends! This tea came from Roswell Strange, and it’s first up to be tried because I’ve been curious about it for quite some time. The white tea leaves are somewhat broken, but that’s pretty much to be expected when white tea gets mailed. There are beautiful yellow helichrysum flowers mixed in, along with some pieces of star anise. Dry scent is fairly strong on the licorice.

The steeped cup smells quite licorice-y as well, but I can smell the hay-like white tea underneath. Ooh, the taste is mostly licorice as well, but I actually like licorice (as opposed to licorice root). I can taste the pear a little bit, and it actually makes a nice accent and aftertaste. The white tea base is smooth and light, with a strong oat-like presence. Overall, this one is interesting. Perhaps a tiny bit less licorice would serve it well. :)

I keep thinking about this one, and I totally should have added some to my order. Oops. :)

Oh wow, VariaTEA (and Roswell Strange)! Thanks so much for this sample.

It is GOOD. I really like it. I was concerned it would be too “pear” for me, but it’s not. And although I can taste licorice, it’s not too licoricey (and there’s no licorice root so it’s fine for me…). In fact, I’d say this tea is really fresh rather than sweet and cloying. This will definitely get resteeped.

I wasn’t sure about getting some, but I think I have to add it to my “maybe but probably not” potential order. (As in, I might order but probably won’t because I’m trying to stick to a budget.)

This is AMAZING and EXCELLENT hot, but I don’t like it as much when it gets cold (I got distracted with dishes. It happens.). So I’m not sure I’d get it. But it’s so good when it’s hot!

Roswell Strange was kind enough to send a sample and it was too licorice-y for me so I thought it might be something you’d enjoy. I am glad you did.

:D Thanks, you two! The tea has travelled all over.

Wow…the licorice is strong in this one. I hoped it would be merely one component of the tea but to my tastes, it has taken over. Seeing as I am not a licorice lover, I am not really a fan. Nonetheless, thank you Roswell Strange for sharing.

Last tea of the night.

Made this one when I got home from work simply because I was craving a good, White tea. I’m so tired now though – I’m almost literally fighting to stay awake to write this note. So since I’ve done a more detailed description of this before I’ll just use jot notes and keep things short/simple: