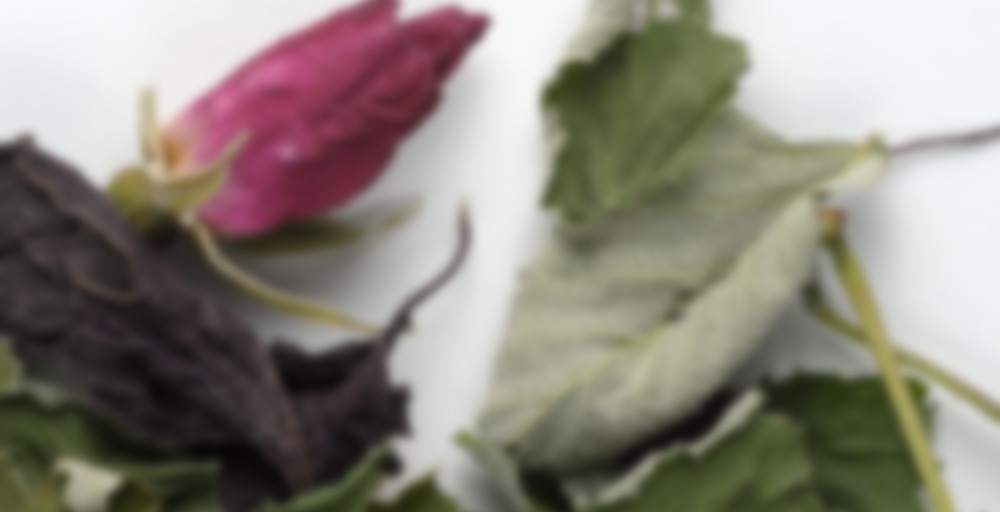 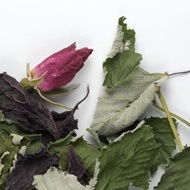 by Camellia Sinensis
79
You

Here is a delicate blend of raspberry, purple basil and wild rose buds. The stunning deep violet liquor is lively and has a pleasant suppleness relieved by a fine astringency that gives it body. The intensity of the aromatic oils of basil and rose blend with the vegetal character of raspberry. The long spicy finish (Peppermint) leaves a sense of lightness.

This tea is beneficial for both the digestive and nervous systems. Especially interesting for people who have digestive problems due to stress. The astringency of the raspberry and rose in addition to the essential oils of basil aid the digestive system to prevent gas and bloating. Meanwhile, basil and rose calm the nervous system, help prevent anxiety and irritability and prevent stress. This mixture is beneficial for the female reproductive system (astringent, tonic, antispasmodic). It can prevent menstrual discomfort, help regulate the menstrual cycle and benefit women at times of hyper sensitivity.

If I’m being perfectly honest, I bought this tisane solely because it’s supposed to brew up purple. Not “Hibiscus” purple, mind you, but honest to goodness purple purple. When it showed up today, I did crack the bag open out of curiosity though; while I was totally suckered in by aesthetics, you have to admit that taste is still probably the most important factor…

The smell of the dry leaf is incredibly powerful and pretty darn unique; it’s like a blast of your grandma’s garden: very fresh and aromatic. However, the only part of good ol’ nana’s garden you’re smelling is the patch where she’s growing all her own spices, and then maybe the roses in their planters across the lawn since the breeze is carrying their scent over your way too. It’s very particular, and very unique.

As far as the brewing process goes, I was totally skeptical but as soon as the water hit my tea (I of course used a clear, glass mug) it started to infuse a kind of grayish blue which then gradually became a deep, sultry sort of blue/purple. Very brilliant and touching on “royal” in hue while still having that darkness that screams “It’s not a phase, mom!”. It’s a little hard to explain and holy fuck do I wish I’d had my phone with me and charged because it may just be the most beautiful infused liquor I’ve ever seen. Actually; no, it IS the most beautiful steeped liquor I’ve ever seen. Honestly, it’s incredibly stunning!

But of course I still wondered about the taste: would it taste like dear sweet Gammie was shoving her summer bumper crop of spices up in my gullet? Actually; given the intensity of the aroma I found this was pretty soft all things considered. You absolutely get a clear taste of the basil in the blend meaning this is definitely a more herbaceous/savory profile. However, that said, I also get some sweetness that reminds me of fennel or anise and there’s the soft, rose/floral undertone as well that cuts in and keeps this from literally being a mug of brewed up spices. At moments I also felt like I was getting the refreshing feeling of peppermint as well, though that’s maybe a bit of a stretch. Still it’s nice, it’s layered and it feels very romantic and poetic to be drinking it. Like I’m in my ivory tower waiting for Prince or Princess Charming to come and sweep me away.

I mean, the fact I was drinking it at near midnight on my balcony while listening to the drizzle and pitter patter of rain probably doesn’t do a whole lot to hinder that imaginative imagery but I don’t think it’s a stretch to say that this is just a really enchanting and unique tisane overall.

Oh my god, I need to get in on this action. Purple’s my favorite color, and I was a ridiculous Goth. Sipping this while working on a mostly-black painting and scowling is now on my list of priorities.

Freaking awesome! This is definitely on my list if I ever order from them.

Surprise after surprise after surprise. I plucked this tea more or less at random from a giant delivery of nearly all of Camellia Sinensis’ herbals. The first surprise: it looks just like that photo! All of their herbals look just like their ridiculous photos. They look like someone may have cut the stems out of a lovely dried bouquet. Next, the tea brewed up to a deep purple I’ve never seen in a tea. Then the flavor – floral herby basil. Emphasis on the herby basil. I think this will be the perfect pre-bedtime tea.