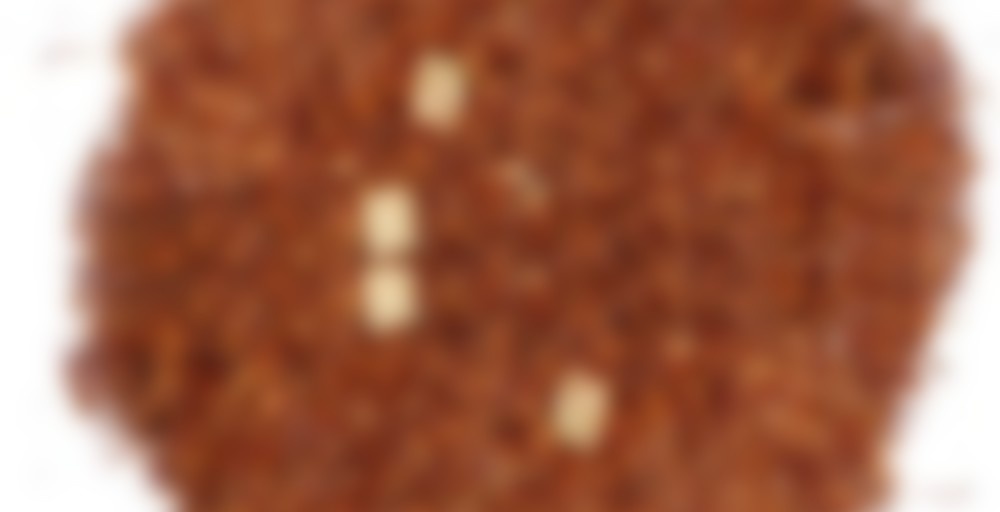 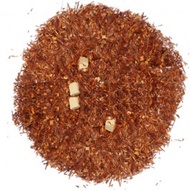 An instant dessert with sweet and nutty highlights, and the sweetness of caramel.

Have been drinking this for a couple of hours now. I didn’t really get much out of the first cup – not much pecan, not much “dessert”. Someone was talking this morning (MissB? – I’m blanking on who it was) about lower water temp shorter steep times to lessen rooibos flavor. I tried that with the second cup – it does lessen the rooibos, but didn’t really bring out anything else. I don’t get this – was expecting caramel, pecan, ooooy gooy goodness. This is pretty much just sweet rooibos.
Thank you VariaTEA for sending me this sample.

This and DAVIDs Creme Caramel tasted pretty similar – both just sweet rooibos. I am sorry you did not get much from it.

Yep, twas me. Have done it with all of my rooibos now for the past two days, with good success – if the tea is decent, of course.

I am trying to watch my caffeine intake, mostly because I think the surplus of black tea I was drinking cancelled out the hydration I was getting from water and slowed down my weight loss. Consequently, I am trying to drink more caffeine free choices as well as trying to balance black tea with water. So, I made this along with Caramel Pumpkin Marshmallow in order to balance it out.

I put off drinking this a lot but when I have it, I am always pretty surprised at how pleasant I find it. It has a nice hint of caramel and is just a touch nutty. Rooibos is probably most prominent but it is neither too woody nor medicinal so I don’t mind. However, now that I have polished off my 25 g, I don’t think I will be restocking on it anytime soon.

In other news, my roommate and I have been having problems with our internet for quite some time now. We had a Bell Tech come a few months back and “fix” it and then give us this weird pitch for coffee he sold. He invited us to come meet with him to discuss the coffee further but since neither of us drink coffee, we never went. When our internet started crapping out on us again, we joked that he came back and messed with the internet as punishment for not going for coffee. Anyways, today, my roommate had another Bell Tech come and he had to replace all our cables as everything was corroded. I asked her if this tech tried selling her anything to which she responded “No but when he finished he put on Bollywood music and did a dance for me. I would take dancing over a sales pitch any day”. Haha. Gotta love Bell Techs in Montreal :P.

Backlog from last night. I totally don’t remember much beyond this tasting like a smoothish sort of creamy tea. I liked it..but sadly i got distracted by my bed and forgot to pay attention to it. But thank you VariaTEA! :) it was enjoyable haha

I am glad you liked it and don’t worry as there have been many times I drank cold cups of tea in the morning because I passed out before ever taking a sip.

I totally do that! I’ll probably do that tonight!