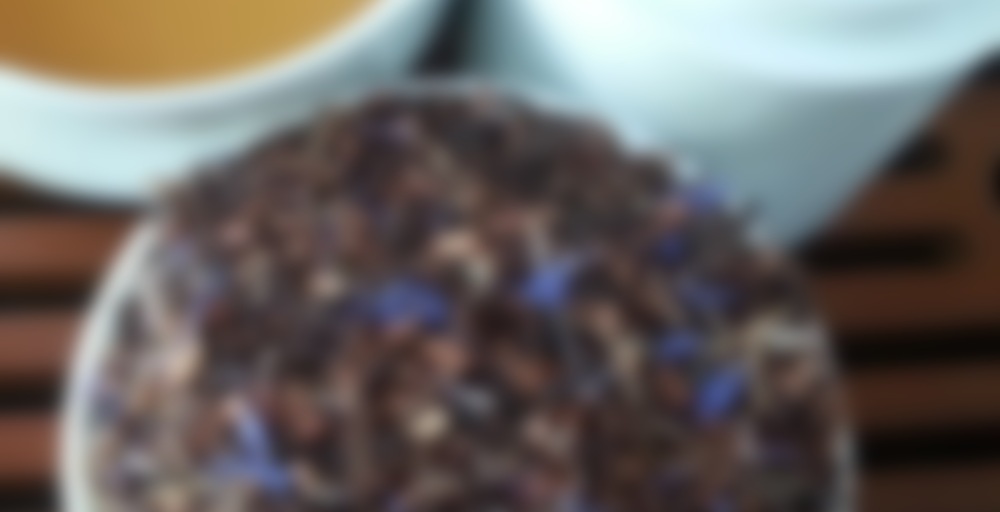 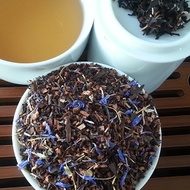 Our Coffee Ice Cream is the perfect late night treat since the honeybush base is caffeine-free. Gentle coffee notes pair with caramel and creamy ice cream flavors for a naturally sweet dessert treat.

I had a very indulgent bath earlier tonight where I read and drank a whole pot of this. It was my reward for getting done with my university work for the summer. The roasty coffee and sweet, creamy vanilla go really well with the rooibos and with each other, and remind me of affogato which is something I adore. It’s a shame that it used up the last of my leaf. I’ve put the spent rooibos into a tumbler in the fridge to cold steep to see if I can force anything more out of it. Trying not to get my hopes up about it, though. This was a pretty unique flavour, and I think I’ll be hard pressed to find something to replace it, but I’m damn well going to try.

You’re done for the summer?! Excellent :)

Yep, I would have been done a month sooner if I didn’t have a freakout and end up needing an extension!

One step closer no matter how you got there. Good job :)

This tasted very woody to me, not like coffee—let alone ice cream—at all. It was faintly creamy and a bit sweet, but that was about it. This one was a real disappointment to me, as I’d been blown away by Butiki’s Rootbeer Float and was expecting more of the same honeybush magic with this one. I can’t quite describe what rubbed me the wrong way about the coffee, but it unfortunately kept me from enjoying this blend.

Thank you VariaTEA for the sample! I definitely toyed with picking this one up, but I have another Coffee/Mocha Rooibos blend I usually keep stocked up so I figured that it probably wasn’t worth ordering since I didn’t anticipate it to be much different. But definitely glad it worked out and I’m getting a taste after all!

It’s been a while since I had actual coffee ice cream; and I always associate it with this cat I used to own named Peanuts. Back when I was, uhh, maybe five I was living in Moosejaw but would drive down to this small town called Eyebrow every other weekend to visit my Dad. Eyebrow’s a retirement community kind of out in the middle of nowhere; it’s population is probably like 200 people MAX; most of which are seniors. There’s an elementary school there that’s K-12 with all the students feeding in from about five other comparably sized communities in the area. All the kids are basically the children of farmers, the younger people who own/operate the few businesses in the area (a restaurant, bank, ice cream shop, and a few grocery stores spread throughout the different towns) and the teachers themselves. My grandparents and one of my Aunt’s live there, and at one point so did I.

But that’s all kind of beside the point; the point is I had a cat named Peanuts. He was the runt of the litter and never grew more than the size of a kitten. My Dad is a big fan of coffee ice cream so we always had a big tub of it, and he’d set out this teeny tiny little bowl with a scoop of coffee ice cream for the cat. Of course it made him go kind of crazy; and in hindsight it probably was terrible for him but at the time I thought it was so funny. And that’s ALWAYS what I think of whenever I see/have coffee ice cream…

Taste wise; I definitely get the coffee and a bit of slight roasty flavour but I think I might be missing the ice cream component. I do taste a little vanilla, but nothing creamy per se. It’s a little disappointing but this still tastes pretty divine. The honeybush pokes through a fair bit though so it’s definitely not for people who dislike rooibos/honeybush and the woody kind of taste. What the vanilla is reminding me of is those vanilla wafers that grandparents always seem to have on hand; when I first started drinking coffee I’d always dip those wafers into it. I also drowned it in milk, but that’s beside the point too. A few sips seemed to have a metallic tang to the aftertaste, but it wasn’t unpleasant – just a touch weird.

Definitely happy I tried this one if for no other reason but to have that bit of nostalgia. I like the Latte Macciato I keep stocked a little bit better just for the hint of chocolate it has, but this was tasty too! And definitely more different than I thought it’d be.

I hated the first coffee-flavored tea I tried (David’s Cafe Mocha) so I was a bit wary of this one. I needn’t have worried, though! Stacy is pretty much incapable of blending a bad tea. This is exactly what the name promises: creamy and slightly sweet with a realistic coffee flavor that isn’t at all bitter or overpowering. This isn’t something I’d personally reach for often (just because I’m not a big coffee person) but it’s quite good!

Sample from Kittenna! Thank you. :)

I wasn’t expecting to like this one, either, really. Coffee does not belong in tea. Even the smell, although lovely, made me hesitate. But I got over it and steeped it up and it’s FANTASTIC. I added some milk and a touch (like.. 1/4 tsp maybe?) of sugar, and it’s coffee and creamy and sweet and yum.

Thank you so much for sharing! I’m kinda sad I didn’t manage to get any of this one, but I’m very happy with the taste.

Probably one I would have loved but never tried. At least that means I don’t have to be sad about it vanishing forever :)

the last cup of tea that i had last night, again from VariaTEA. I was super excited about this one because it was one of the teas that i wasn’t able to get from Stacy before things sold out. As i was drinking this last night, i couldn’t figure out what it was reminding me of…but it came to me this morning….this tastes very much like the matcha coffee smoothies i used to make in the morning with redleaf’s matcha. It’s creamy, sort of melted coffee ice cream…if that makes sense..though it’s not as strong as actual coffee ice cream. It was a great cup to end the night with, but as it turns out, i’m ok with just getting the one cup. Cheers to you Stacy!

This is a surprising-not-surprising winner for me. Surprising because it’s a honey bush base, and I didn’t expect coffee flavour to translate terribly well, but not surprising, because I would expect to enjoy a creamy coffee flavour and well, this is Stacy we’re talking about, not some junky company.

It’s actually quite tasty. Bang-on coffee ice cream. I went through a phase of always getting coffee ice cream when I had the chance (cones in the summer, etc.), and this is exactly how it tastes. Not as sweet (though I almost feel like sugar would ruin it), but otherwise practically identical.

Ok, that sounds like a confusing drink. I like coffee in stuff like ice cream, but I don’t like coffee as a drink. To have a drink that’s coffee flavored but not coffee makes me wonder if it tastes like coffee-as-desert or coffee-like-the-drink. That makes my brain hurt.

Mmm. This is perfect. The flavor is dead on. Creamy coffee goodness. It’s great iced, too! I like that this is caffeine-free because I can have it for dessert or as an evening treat. So glad I picked some up before it sold out.

This sounds so good.

Sil – Yup, according to Stacy’s running list on the discussion board. I was surprised how quickly it happened. Maybe it was a small batch? Or someone bought several pounds in one shot?

sigh maybe I just won’t place a last order with STacy after all. By the time I get to stable internet (5mins to post if I’m lucky) everything that I want will be gone. Frustrating since I want to support her but at this rate anything I feel in love with would be gone already

Kaylee-Made 2 or 3 large batches of this one. Customers were buying it in larger quantities. I think it lasted maybe 2 weeks.

Sil – Sounds like you’re having internet trouble. That sucks! I hope it gets fixed soon. Things are selling out fast but there’s still a fair amount of tea on the website.

Stacy – Do you have the ingredients to reblend if there’s enough demand?

Kaylee-I’m out of cream flavoring but I could replace that with Eggnog flavoring. Did that with the nutmeg custard and people can’t seem to tell the difference in the flavoring.

Coffee nog? The eggnog is very vanilla/creamy, so I can see it being a good substitute.

Does that mean you’re running low on/out of Pistachio Ice Cream too?

Ever try Ben & Jerry’s Coffee Coffee BuzzBuzzBuzz? Well, that’s what this tastes like. Coffee? Cream? All there and all good.

What?! When was there a Coffee Ice Cream tea?!

It’s been out for a week or two but I think we only have a few ounces left.

How did I miss that when I was placing my last order? Maybe I was trying to be good and look the other way since I really shouldn’t be buying any tea in the first place. :)