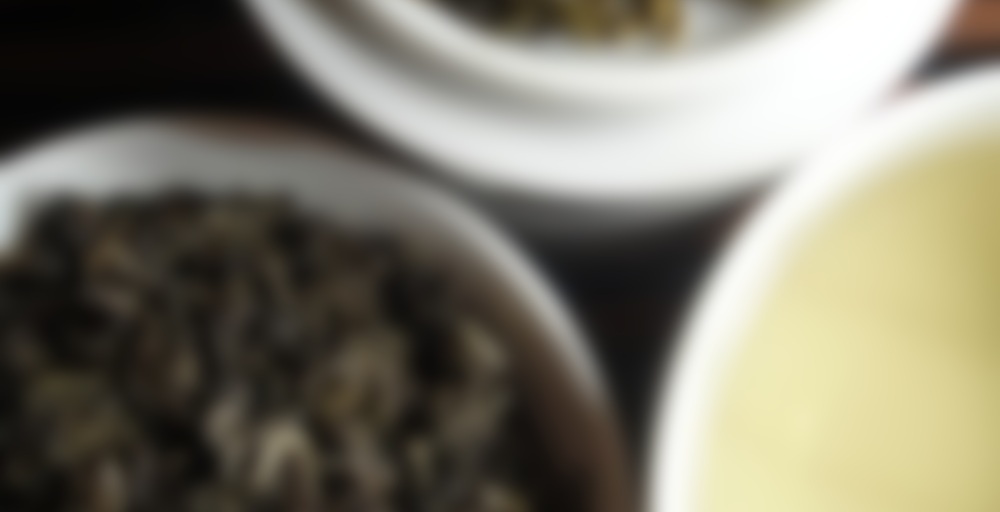 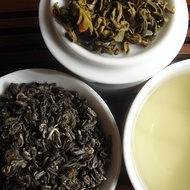 by Butiki Teas
81
You

Harvested from trees that are now more than 200 years old, this tea originates from Wu Liang Mountain in Yunnan, China. Our Bi Luo Chun comes from a family farm that only grows organic teas and follows tea making traditions that have been passed down from generation to generation. This tea is carefully handpicked, sun dried, and hand-rolled. Bi Luo Chun translates to “Green Snail Spring”. Green refers to the color of the tea, while snail refers to the shape of the tea leaves and spring is when this tea is harvested. Our Organic Ancient Bi Luo Chun has toasted pine nut and fresh cut grass notes with some fruity and floral notes. As the tea cools, citrus notes can also be detected. This juicy tea has a sweet finish and a substantial body.

Sipdown! I’ve mucked about with my numbers and such, and I’m sad to say that I’m back at 800. And I’m not even entirely sure how accurate that number is. (Probably accurate within 50… :/) Oh well. The Butiki order added ~10 teas (including samples), plus I didn’t have any of Lynne-tea’s box recorded.

Anyways, this is a sipdown, and I continue on with my tea-buying hiatus which, aside from the few samples I ordered with Sil yesterday/today, and the Pom Tango sample I picked up in the airport, is going very well. I think I may be at nearly a month? Of course, I also had about 2 weeks of not even drinking tea in there. I’m sure I will break said hiatus soon to pick up the DT summer collection + a couple others I’ve missed, but that’s kind of a given, so it doesn’t count… right?

I digress… so this tea. I’ve only tried one other Bilochun that I recall, and that would be the Laoshan version, which was pretty good. This tea seems to be reasonably comparable to it, although I definitely oversteeped a touch, so the flavour is a bit stronger than I’d like, and a little bit astringent. The predominant aroma and flavour is very green and beany, much like Laoshan green. There’s a hint of caramelly sweetness, that I suspect would be more apparent if I knocked the accidental extra 30s off my infusion time. I was hoping that there would be some sort of characteristic “ancient” flavour to this, but if there’s something in there, I’m not picking up on it. Either way, this is certainly an enjoyable tea that I’d be happy to drink again… but must remember to watch the infusion time!

Wow, no ratings and no tasting notes. I’m … the first to try this? I feel unworthy, being such a green tea newbie. With no other tasting notes to compare this one to (aside from Butiki’s description) I’ll try to describe it my very best, as uncultured as my tastebuds are.

The dry leaf was very interesting. It really was snail like, except they didn’t look disgusting like snails do. During the two minute steep — as directed on the sample baggy — they’ve fully uncurled themselves and are much longer than I initially expected, since the rolls were so tiny. They’re lovely to look at.

The smell of the steeped tea is very vegetal, more so than the Organic Huangshan Mao Feng.

The taste is surprisingly fruity and juicy considering! I was almost taken aback. After an almost overwhelming vegetal scent, I wasn’t figuring on the burst of fruit! :)

The taste starts off sort of roasty grassy, then BURST of fruit, followed by sweetness and gentle vegetal notes at the swallow. Each sip consistently goes that way. You don’t taste one thing on one sip, and another on a different sip. Each sip gradually flavors from one thing to the next until the swallow.

It isn’t bitter, nor is it astringent. Of the green teas I’ve tried — honestly it’s not very many — this has the thickest mouth feel to it which I’m enjoying. It feels creamy on the tongue, but not so much so that your mouth is being coated.

As the cup cools, the vegetal taste at the swallow is turning more into citrusy fruit. Very gently so mind you, it’s not at all tart.

All in all, I enjoyed the cup. :) It was a very soothing drink, I almost feel ready to go to bed even though it’s only 6PM, haha. And now, hooray! I’ve finished all of my samples :D

Hello Steepsters! Between my computer breaking (leaving me virtually computerless) and finals followed by leaving the state temporarily, it has been quite a while. I would like to take a moment and apologize to Stacy from Butiki Teas for the delay on my end of our commitment. That being said, I will be attempting to put up the bit of backlogging I have compiled ASAP. Now, on to the tea!

The dry leaves of the Organic Ancient Bi Luo Chun are tightly wound balls which when steeped, release a liquid of strong vegetable smells. I used just under what I might should have of tea leaves so I increased the temperature some. Around 2 minutes and 15 seconds, I noticed that the tea truly did not have much color in it, so I allowed it to steep on. This went on until I stopped it at the 3 minute mark. This produced a gold colored tea, which I feared I may have over steeped too much.

My fears were relieved when I tasted it and it only had the slightest bitter bite to it. The tea is juicy and vegetal with a slight bite to it, which as I said might be my fault, but is not at all a bad thing. The second steep was allowed 3 minutes as well to test the finish of the tea. Despite my deceiving steeper, this one too produced a similar, if not lighter gold liquid. This steep did indeed have a smoother finish to it. The tea continued with the vegetal taste, though subtler. I could see this as being an easy go-to green.

Drank this all afternoon yesterday as I’m so smitten with Verdant Laoshan Bilochun I want to try all the bilochuns I can now, ha. Granted, my muddled understanding is Laoshan Bilochun is kind of unconventional somehow, like it features the “snail” rolling style but the way the leaves are grown or treated prior to rolling is different maybe (? I can’t remember…). So I know it might be off in its own spot anyhow. But this was very enjoyable, and thanks to my new set up making resteeps at the ideal temp a snap that’s instantly available I totally had like a bajillion cups. I can’t believe how much I love green tea now. I know it helps that it’s back to 100F here, bah.

A very nice, medium-strength green tea. I received a sample with my order from Buitki and I would definitely purchase.

I guess these days you’ve got to try a Butiki where you can. I’m enjoying green tea more and more these days, so this was a sure try from the box. The leaf is a beautiful thing – hand rolled pellets that do resemble a snail’s shell, with the downy silver tip darkening to green/black on the outside. Unfurled, the leaves are bigger than I expected, and a fairly uniform medium green. This is clearly a tea that’s been prepared with love and care, and it’s a delight to see. As per the recommended parameters, I used 1 tsp of leaf, and gave it 2 minutes in water cooled to around 175 degrees.

It’s gorgeous. The liquor is a medium yellow, and smells very vegetal with a hint of floral. The taste is similar. It’s quite strong initially, and a distinctive mixture of green cabbage and grass. The mid-sip introduces a smooth, silky buttery note, and it rounds off with the flavour of pine nut. It’s such a smooth (almost to the point of creamy), clean tasting green, with absolutely no bitterness or astringency. As it cools, I also pick up a burst of citrus fruitiness in the mid sip. A characterful green, and an absolute pleasure to drink. I will miss Butiki terribly, not least for their commitment to quality which is absolutely self-evident in teas like this.

I have some news:The paperwork was signed for my new house on Wednesday and I receive the keys on Friday 14th. I will be moving towards the end of the month ie in a few weeks, this will make my Steepster posts erratic and infrequent, though I hope that it should only be as such for a few weeks. It’s been several months in the process already (thanks to the vendors solicitor ignoring our questions and concerns) but at least the end is in near sight.

Now to the actual tea – These small Bi Luo Chun balls have very shiny silver tips with lots of hair and gloss. They have a thick grass, sweet pea and floral scent.

ps – While this is steeping I will mention my method. I’m using a new travel set I bought from AliExpress. The bowls are 50ml and the steeping pot is 100ml. It’s perfect to take to my parents house next time I dog sit for them.

Once steeped the tea is cloudy yellow in colour with a thick yet sweet floral scent.
Flavour is sweet and grassy with floral and vegetal tones, all being smooth with a crisp finish. Like sweet pea flowers, peony, grass, seaweed, butter and green leaf cabbage all in one. It leaves a sweet floral smog like after taste. It carries it’s flavours well through further steeps, though it picks up a toasted like, dry flavour.

It’s full of flavour that is clean and smooth tasting, making this a beautiful Bi Luo Chun.

Congrats! I hope the move goes smoothly for you! :)

Congrats! Oh, and that travel set is adorable!

Yay!!! New house!! That’s very exciting – hoping that it will provide the backdrop for many years of happy memories.

Thank you all for your comments. I’m excited, this is the first house I’ve purchased and it’s masses better than the shambles I live in now. Plus I’m turning the smallest bedroom (it’s a 3 bedroom house) into a tea dojo :) It will be filled with tea, tea pots/bowls etc, a tea table with a ceremonial set carefully set out and some floor pillows that I need to get around making. With a huge sakura tree sticker to fill one wall.

How awesome that you are making a tea dojo! Just a little fyi, Just in case you are interested, I’ve ordered some stuff from here and they are great: http://tatamiroom.com/

Congrats on your new house!!! Tea dojo is a great idea. Maybe I should turn the library into one? Since I stopped buying actual physical books, mostly, I don’t use it anymore……