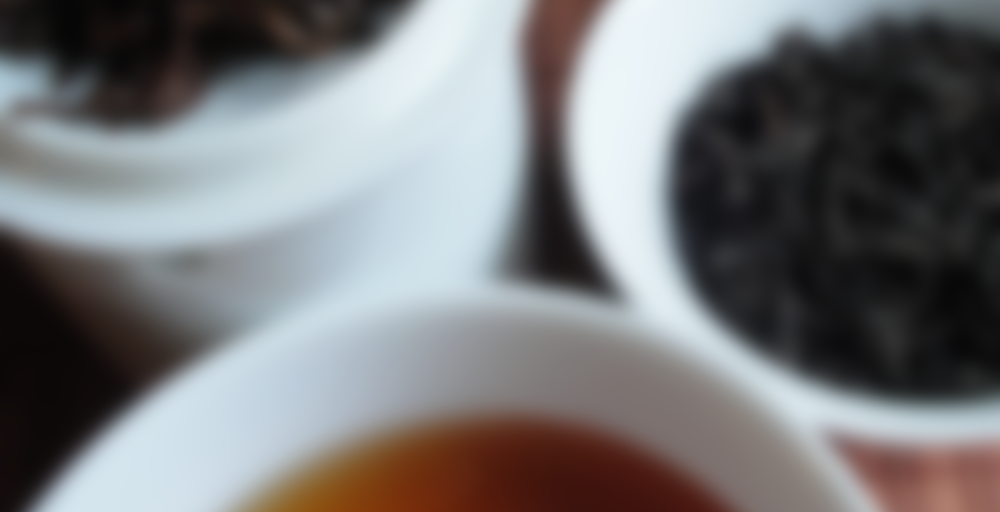 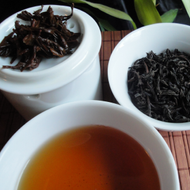 by Butiki Teas
81
You

Sourced from the Venture Tea Estate in Dickoya, a town in the Nuwara Eliya District in the Central Province of Sri Lanka, our Organic Ceylon is an Orange Pekoe grade. Organic Ceylon is a smooth bodied tea with a sweet finish that works well iced.

Wow no tasting notes on this one yet? Crazy. So this is a pretty basic straight tea.
Very refreshing, a clear amber cup that is very transparent.
The flavor is that of a basic black – it is not pretentious or complex and some times we want nothing more than just a nice clear clean refreshing black! This tea is what I would use for a basic black iced tea when family comes over, with holiday meals, etc.
HOWEVER, it is also a great tea, NO astringency, NO bitterness, and no nasty after taste, so even the more discerning tea drinker would appreciate it when visiting.
I also like this tea on those mornings I am not sure what I want and just NEED my caffeine NOW!
There is a light sweet finish as the description says but not artificial or cloying at all. Just a finish that has this juicy burst similar to berry flavor.
Excuse me now, I need to go do a second steep.
:)
Oh also I wanted to mention – my mother and uncle are black tea HOUNDS – they come to my house and want iced tea all the time. They sometimes LITERALLY stop by JUST for a cup of tea and then leave. LOL
This is the perfect tea for them!
Yes sometimes they do enjoy something different and they never complain yet this – this is their type of tea for sure! I need to stock up! :)

Sounds perfect! I do love me some Ceylon. Was so close picking this one up my last order. I guess it just moved to a “must” on the upcoming order. :)

Sipdown #5
Thank you Stacy for sending me a sample of this tea.
I’m not always a big Ceylon fan, but I wanted to try it anyway, because it’s in Stacy’s Irish Breakfast Blend, along with Khongea Golden Tippy Assam, & Hattialli Golden Lion Assam. I love that blend, so I figured I should try this tea by itself. Actually it’s pretty nice!

It’s not a bold, wake me up, breakfast tea. It’s a very clean & sweet cup, very light on the tongue, leaving the mouth with a juicy sensation. The flavor is crisp & bright, & slightly fruity. I can see why it compliments the other 2 teas in the Irish Breakfast Blend!

Before I realised it, my cup was empty! That’s a pretty good sign that this is a good tea.

I keep forgetting that “plain” black teas are amazing in their own right. I bought this tea a few months ago and never tried it because, oh it’s just ceylon no big deal blah blah blah. I should never listen to my brain. This tea is GREAT. Will do a proper review next time.

I am (apparently) easily confused and had been thinking that I had the non organic version of this tea. According to the label though, we’re drinking organic today! In my dietary habits I am more concerned with local than organic (I know too much about how the term is bandied about in North America to really believe in its efficacy) but it is nice to believe that organic teas are truer to the meaning of the movement.

In the pouch, this one has a very sharp smell that catches in the nose and sticks with you. I have had few ceylons before but found them generally sharp though smooth and easy drinking with little bitterness and no astringency. None of my beloved cocoa but frequently with honey. These qualities are what I assume make up a ceylon, so we will see how this goes.

Steeped, this yields a warm orange cup with a strong sweet note that makes me think of brown sugar. Very nice aroma, again not like my usual Chinese blacks but very attractive on its own merits. The taste is a bit less than the aroma but I do get a (muted) sense of the leaves. This is much like a standard bagged orange pekoe but done right. No bitterness or astringency, no dust or grains that make my face screw up. Just a solid tea. I don’t know that it would stand up well to additions, I think it would be easily over-powered but since I don’t mess with my tea, that’s okay. It might be interesting to see what it is like with a bit of brown sugar to try to bring out that aroma from before, but I won’t mess with that.

In the end this is a very nice tea but a bit too mild to capture my attention for every day. It might be a good tea to bring bagged tea drinkers into the light, but since I rarely make tea for non tea drinkers, I don’t really need to have it on hand once I have finished it. Cheers!

Steeped this twice today for two very different cups of tea. I put organic honey in my first one, hoping to tap into honey’s natural antimicrobial properties to chase away the impending sore throat that I keep waking up with. That cup was pretty standard- the sweetness of the honey complemented the nuttiness of the Ceylon.

Then I picked up some organic raw blue agave nectar at the store and decided that Ceylon is the perfect tea to try a new sweetener out on, because it’s such a basic blend. So I steeped up another mug and added a spoonful of the agave, and here we go!

The difference is pretty profound. The agave gives it an almost bready taste, and the nuttiness is more pronounced. I don’t dislike it, but it’s definitely an adjustment from pure cane sugar or honey!

Such a bittersweet sipdown! Had the last of this over breakfast with the husband. Awesome down to the very last. I will miss this, as it was such a perfect ceylon. Since Lupicia’s Nuwara Eliyah is so elusive, I will have to hunt down another contender for my ceylon fix!

My first tea of the day, somehow. This smells a bit like cinnamon at first, but that’s the infuser. Otherwise, I some malty notes and hints of citrus. The flavour is smooth and sweet. It’s refreshing, and solves my Ceylon craving.

I took Stacy’s recommendation and tried this as an iced tea, and it was delicious. I cold steeped the tea, so it took a while to infuse (probably close to 30 min), and still was much lighter in color than if I had brewed it hot. It had a slightly citrus flavor to it, and was thirst quenchingly refreshing.

Glad the iced version works for you!