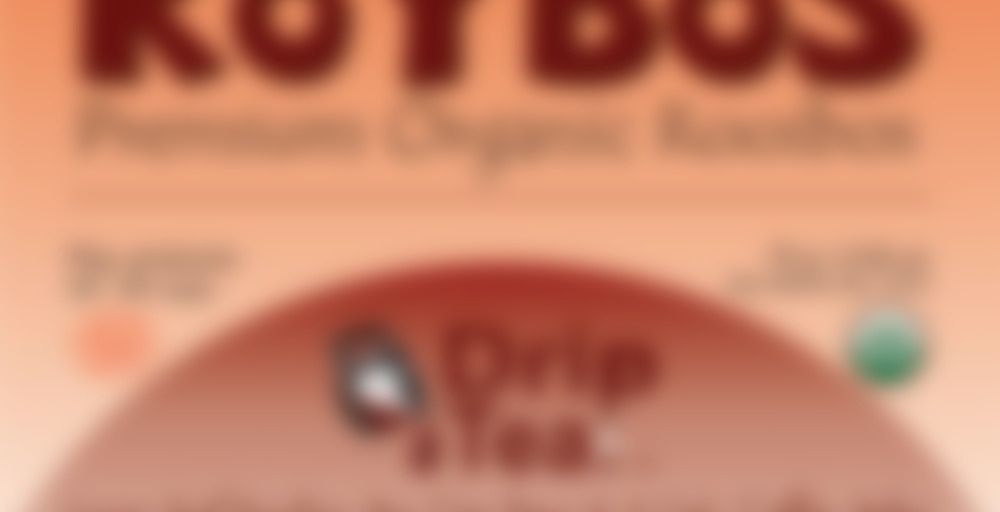 by Busch Tea Company
77
You

We have designed the worlds FIRST drip tea – tea designed to be made in a drip coffee maker.

Today is the first day of my new diet, so I’m trying to drink a lot of my teas with no additives, particularly ones I think will make a good dessert replacement. This falls into that bracket and also happens to be one of the oldest in my cupboard, acquired in the early days from my mystery box from MissB . So last summer I was doing really well on Weight Watchers, and had lost almost 3 stone which was my goal. I was 36 lbs down with only 6 to go (though it had slowed down significantly) when I met my wonderful boyfriend. Since then, 10 months have passed and I’ve gained back 18 lb through a mix of a more active job (I’ve gained significant muscle mass in my calves), takeaways, restaurant dates and happiness. Even though I’m happier than I’ve ever been, I would like to get back to the weight I was last summer, as I was a lot healthier then and had worked so hard for it. It’s two months until my birthday now, and I’m aiming to lose 12 lbs by then. Hopefully by documenting that here I will hold myself more accountable!

Anyway, all of that to say that I’m really enjoying this more than I had on previous occasions. The flavour has held up well over time, and the rooibos base adds a kind of burnt caramel note to the orange which makes me think of marmalade. It is fulfilling its role of desert substitute nicely.

You go girl! Well done! Delighted for present happiness—-yay! And hurray for future successes too!

Thanks to MissB for passing some of this down! I didn’t try it in the coffee maker because I’m a chump, but brewed the traditional way, it’s very heavy on the rooibos. Also ridiculously cinnamony. BPAL had a Christmas perfume a few years ago called Pumpkin Masala Rooibos. This smells so much like this, and as a result, I can’t help thinking of that whenever I take a sip. Makes me feel like I’m drinking perfume. But seeing that it’s a very unconventional perfume, I highly doubt others would feel the same way.

Herbal TTB provided me the opportunity to taste this fruity/spicy-tasting rooibos. Not bad, but not something I will be adding to my cupboard any time, soon.

another tea that i am finishing up tonight and it’s a little sad. I can see wanting more of this in future. there’s just something about the combination that makes me a happy little tiger.

Oh, it came in a huge bag from a weird shop at New Westminster Quay. I can definitely get you more anytime.