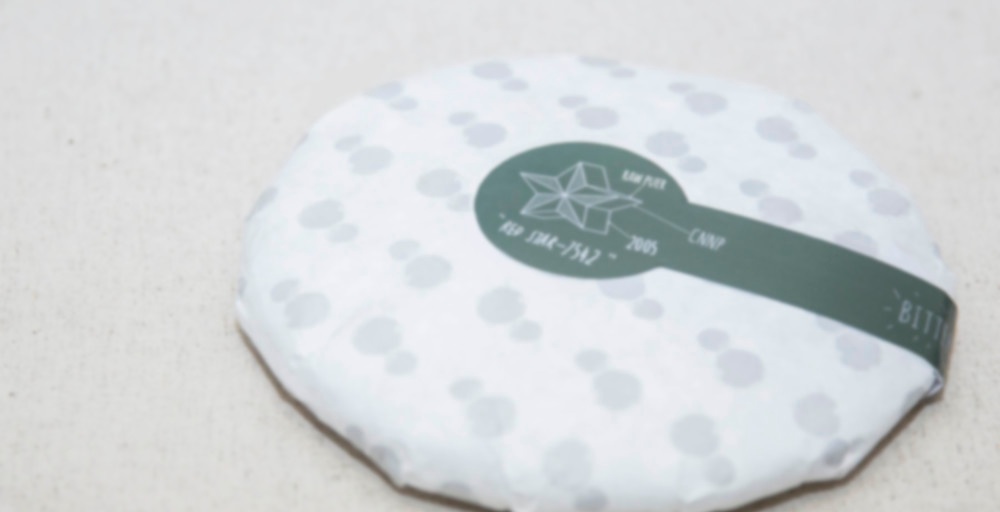 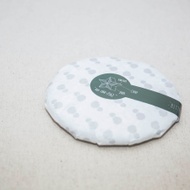 This is a powerhouse of an aged tea. After 10+ years of aging, this tea still has plenty of buck. Compared to most of our other offerings so far, this 2005 Zhong Cha (CNNP) production is a more aggressive tea. It leans towards a campfire-smoke and and wood flavour, which recedes slightly during the middle steeps as the tea starts to level out more. An excellent tea for scotch and cigar lovers.

As one of the most recognizable labels out there, the 7542 or “green mark” wrapper is also one of the most forged and exaggerated. There is very little useful information on the original wrappers, making dates and source of material difficult to verify unless coming from a trusted source. Even among legitimate production teas, this label has undergone periods of inconsistency. We evaluated this tea based on its taste and quality, as we would with any other production.

As far as this particular tea’s history, it was purchased in 2006 directly from a Zhong Cha employee in Kunming, and dry stored by one owner ever since. This tea was part of the second production batch in 2005 (batch 502).

7542 is likely the most famous recipe in the realm of pu’er. I’ve never tried the original by Dayi, but this is CNNP’s take on this famous tea. The dry leaf has a very notable scent of tar, reminding me of Bitterleaf’s other aged offering Dear Comrade which is now sadly sold out. I weighed 7.5g in my 110ml Yixing zhuni teapot and gave the leaves a 10s rinse followed by a couple minutes of rest to give the moisture some time to soak in. After the rinse, the wet leaves reveal more of a smoky aroma, but nothing like the bonfire you might get from a Xiaguan for example. I did a total of eleven infusions, the timing for these 15s, 12s, 15s, 20s, 25s, 35s, 50s, 80s, 2 min., 3 min. and 5 min. respectively. I used both a porcelain cup as well as one made from Yixing zisha. The clay cup is fairly new and I’ve been dedicating it to dry-stored aged sheng, but it hasn’t necessarily had time to properly season yet. I’m still unsure if it’s a good match for sheng and may switch it up later if I find that it would suit some other tea better.

The Red Star opened up sweet, fruity, with some honey and a touch of tar along with a whisper of smoke. Very strong. I was quite impressed, actually. The tea was hinting at bitterness, but it wasn’t quite there yet. Drunk from clay, the tea was much stronger. More dryness and more noticeable hints of bitterness. There was more minerality pushing through and the honey and fruit had been pushed back from the forefront.

The tea maintained its strength well throughout the infusions, peaking around the third one. That is also when bitterness and astringency started creeping in. Denny of Tea DB often describes raw pu’er as being inherently peaty or gasoline-y, but I can’t really associate that with most of my experiences with (mainly young, boutique label) sheng pu’er. If we are talking of the same thing, with teas like this however I often get what he’s talking about. Gasoline isn’t really the right word, but it is an apt enough descriptor for getting the point across. Through most of the steeps, this tea has either some tar, smoke or that peaty, gasoline-y character to it. It’s never really the main focus, however, but always present in some capacity.

Other flavors you’ll find are the ones already mentioned: sweetness, honey, fruit, minerals. Perhaps even some creaminess in the late steeps. Very much what you’d expect from an aged Bulang, even though I assume this is a blend of some sort. The qi is quite strong and caused me some tightness in the chest and buzzing in my head. Again you can think of a typical Bulang tea in that respect. Not necessarily the most aggressive cha qi, but definitely more on the aggressive side than gentle.

In porcelain, the body was nothing to speak of until it started getting better in the last few extended steeps. Here the clay obviously offered considerably more body across the board. The tea was also considerably stronger drunk from the clay cup, with more base notes but less top notes. Not a surprising result. The clay made the tea a smoother and much more balanced experience. It added a mineral taste that was absent in porcelain and sometimes muted the top notes too much. Despite this muting nature, sometimes the clay revealed more depth and nuance to the tea, at the cost of complexity. Whereas when drunk from porcelain, the flavors started tapering off around the eighth infusion, there was no such change apparent in clay until the tenth steep. By the eleventh infusion the tea had become very clean tasting and soft in the mouth, but still possessed strength to go on. I, however, was quite full of tea and decided to call it there.

All in all this was a very good learning experience. Those familiar with my reviews are likely aware than I’m not particularly fond of blends and large factory productions, but it’s interesting to find out what’s the appeal of these teas. While this may have not been the authentic Dayi 7542, I think I have a very good idea of what to expect from a tea like this now. It is very strong, possibly the strongest aged tea I’ve drunk, and in its youth it was likely borderline undrinkable if we can assume that it has mellowed at least to some degree from back then. There is bitterness and astringency to be found – actually more so dryness, especially when drunk from clay – but I have a fairly high tolerance for them compared to most people I imagine, so by my standards they stay quite moderate.

If you like your teas to have a bit of bite to them, this may be drinkable now, but there’s definitely decades’ worth of room to grow in this tea. I don’t think there’s anything particularly impressive about this tea, but it is very solid for the price if you happen to like this profile. It’s not the tea for me, but I’d still regard it one of the better aged teas I’ve tried up to this point – still looking for that first tea I fall in love with. I didn’t find the smokiness excessive at all, but if you are not tolerant of that at all you’ll steer clear of this tea. There’s very little greenness left in the taste, far less than most other dry-stored teas this age that I’ve tried.

If you are curious at all, I’d recommend grabbing a sample when placing your next Bitterleaf order as this tea costs close to nothing. Given the age, the tea might even be worth it at double the price even if the base material itself would have originally been worth the current asking price at most.

I’d hesitated to try smokey tea again after a Lapsang souchong smoke bomb I’d bought on a trip; but after reading the description of Red Star 7542 I got a sample along with a tea ware order.

I gave the tea a rest and when the bag was opened was happy to find the leaf pleasantly smokey and not overwhelming for my taste.

The brewed leaf with water off the boil had a semi sweetness which lasted many steeps. I think if I bought a cake it would be an interesting tea for aging.

I picked up a sample of this with my Bitterleaf order, despite the fact their flavor description didn’t really appeal to me, because it was affordable, especially for tea that is over ten years old. When I opened the bag and smelled only smoke, I was pretty sure this tea wasn’t going to be for me. Of course, I could be wrong so I still tried it!

Unfortunately, this one isn’t really my kind of sheng. It’s a smoke-bomb early on, and even when the really woody campfire smoke notes dissipate, there’s still a funky tobacco note dominating the tea. I didn’t find it particularly sweet or bitter.

There are some who really appreciate this flavor profile, but I am not one of them.

I had a similar experience, bought a sample cause that price and age looked pretty sweet (and I’ve really liked the price-quality ratio of the bitterleaf offerings I’ve had in the past) but so much smoke hah.

This one is burly for sure.

mine is stored in smoke prison, all on its lonesome.

I have that and their BuLang in together as well.

Hehehe I don’t really have a place for smoky teas to go.

Which Bulang are you referring to, mrmopar? The 2007 one?

The 2007. It is a Liming factory production but it has an almost cherry pipe tobacco note to it.

Ah, right. I have a cake of that one – I can certainly see the comparison to a pipe tobacco. I just have it in my pumidor right now though – I didn’t think it was too overly smooky.

Not too bad but it still has some lingering smoke to it. I just have it stored with the Old Comrade in a zip bag. They seem to like each other in there all alone…..

This is not an elegant, subtle tea. This is a tea for those who want their tongues wrestled into submission. Potent and smoky. Laphroaig, anyone?

It has a bite to it.

Love me some Laphroaig.

MAY have over infused this one a bit
I agree the end sip is that of DATES
LOVING this company!