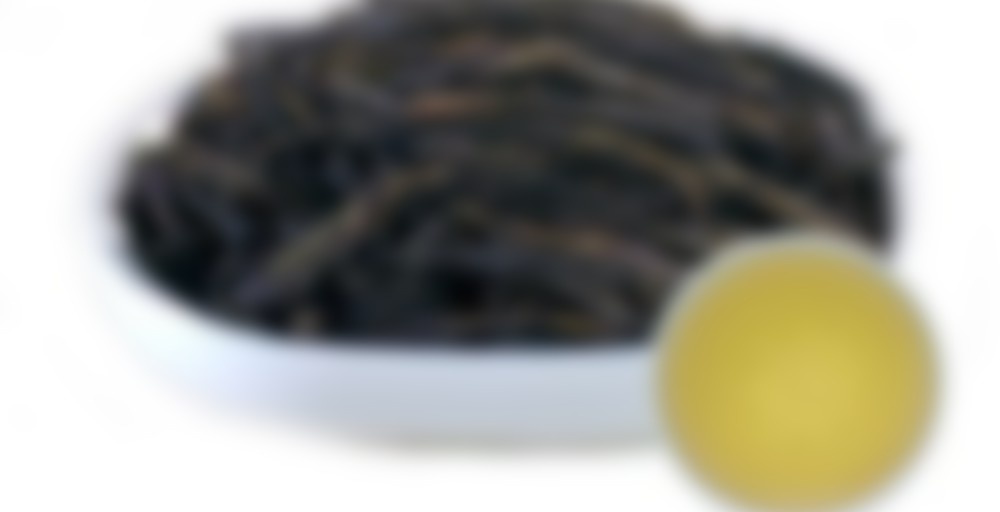 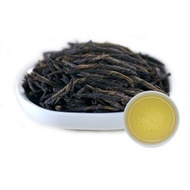 Description: Boasting the wonder scent of jasmine flowers, this tea is hand picked from the Guangxi region in China. Note that as this is a slim tea, it has a bitter melody, yet it offers a well-balanced blend of earthy and vegetal notes. It has been known to detoxify the body and aid in digestion after meals.

Sara’s tealog entry about this tea tipped me off to the fact that this isn’t a tea at all. It seems to be the leaves of a plant called kuding with is a species of Ilex (holly). And yet on the website it’s listed as a green tea and there’s no indication in the description of the tea of it being anything other than one. ⌐_⌐

I followed Sara’s advice and only used two ‘sticks’ and while it still tastes bitter (kuding is supposed to taste bitter) it isn’t as wretchedly horrible as my first ‘experiment’ and I’m actually noticing that it has a nice, sweet aftertaste. Taking the nature of this tea into account (and the fact I’m not massively overdosing) I’ve decided to up the rating a bit. I’m still pissed at the company for being so obscure though. *grumble *

I bought this not realizing it was a ku ding tea, which I’ve been put off by in the past. This one’s not bad, though, milder than what I’ve tried before. It’s still pretty bitter, but a three minute steep and a little while to cool off will make it tolerable. Use only two twigs at a time, and I wouldn’t recommend resteeping. Drink it fast and between two sweeter cups and it’s a nice way to clear your head.

I’ve wanted to try Kuding for over a year now; ever since the Christmas before last Christmas where I was working at Calendar Club and one of the P/T staff was a Chinese exchange student who told me about how her family drank gallons of it every day for the “health benefits”. She said they drank more kuding than actual tea! That seemed so contrary to what I know about China as a tea consuming country that I just had to see what the big deal was.

I’ll admit; when I saw this in the box I didn’t immediately recognize it as kuding. Everything I’ve read about it online has made the tightly wound holly leaves/spikes sound so much bigger than these ones actually are. Plus, the name of the “tea” threw me as well: it’s marketed as a green tea!? That’s definitely not right. Also, silly anecdote: the writing on the baggy makes this look like it says “Jasmine Slime” and so I spent much of my cup pondering where the fuck the ‘slime’ part of the name came from. I thought maybe the liquor colour? It is a very chartreuse-y green, which I suppose is kind of a slime green? But nope; the package actually says SLIM and I just read it wrong.

I wish this wasn’t jasmine scented: I get that it’s probably to make this less bitter tasting as kuding is traditionally quite bitter but as someone who’s been waiting a year+ to try kuding I wish I could have tried the unadulterated version. As is, this tastes almost solely of jasmine/floral notes with only a bit of a vegetal/earthy undertone. Also, it actually doesn’t really taste bitter to me at all?

It’s strange; I seem to have had a much different experience than either two people who’ve currently reviewed this one Steepster. Huh. It’s weird ‘cause I’d kind of built this up in my head as something that’d likely be an awful experience and now that I’ve tried it and it wasn’t awful I feel actually quite let down?

EDIT: I used four “sticks” for my cup.

LOL, sorry for the misspelled label, I was in a bit of a hurry at the time. XD