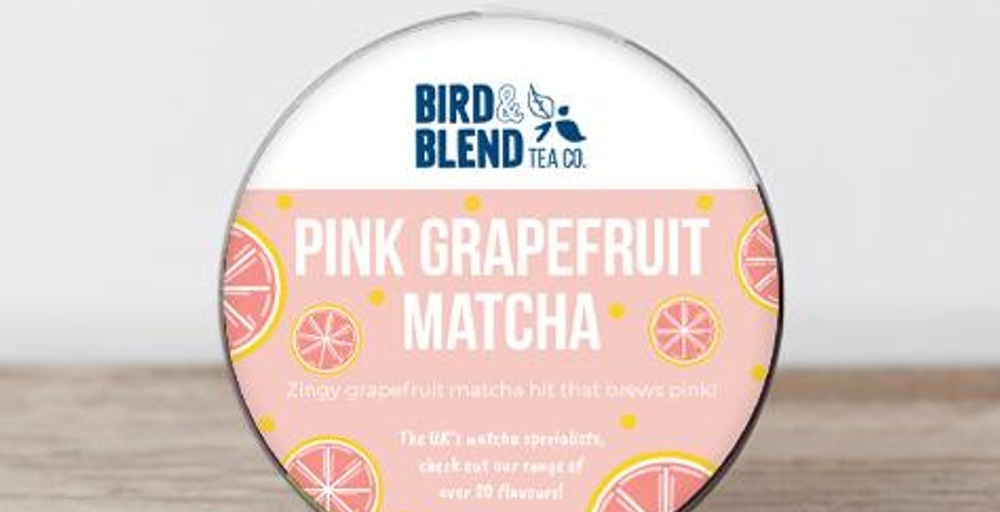 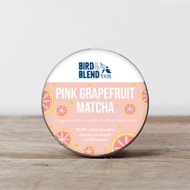 Remember when we turned your favourite Peach Cobbler tea into a matcha flavour!? Well, we’ve done it again – this time with our ultra best selling Pink Grapefruit blend! Brew it up & enjoy neon pink matcha lattes!

Warning: Packed in an environment that contains nuts.

Please check out our allergens page for any queries you may have regarding ingredients.

This is the tea that I drank during the episode recording. I didn’t like the tea I ended up choosing during my watch of the play and when that happens I like to treat my recording tea as a “mulligan” of sorts to sort of say ‘this is what I would have picked if I could do it again’. However, I didn’t have an idea for what a better pairing would have been so… Well, I just chose a random tea.

This is a pretty nice matcha! It does whisk up pink, which is cute and fun for a pink grapefruit flavoured matcha. The thing is, it’s pink because it has beets in it and because it has beets in it the taste is pretty earthy. So if you can accept your pink grapefruit matcha with an edge of earthiness it’s a delight but overall it’s not knocking it out of the park or striking out.

I wonder if you already have a song pairing lined up from the musical. Maybe a really addictive tea for Satisfied.