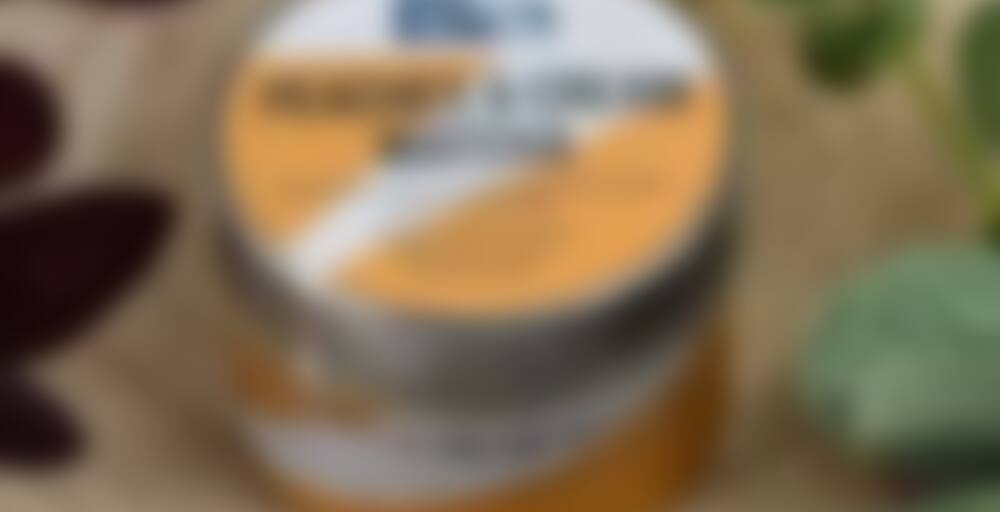 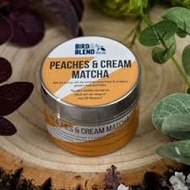 For 2019 we wanted to create some deliciously sweet matchas for matcha lovers to enjoy and for those new to matcha to discover! And, we think nothing beats the simple & classic combo of juicy peaches & cream! Juicy sweet & subtly creamy flavours compliment the Japanese matcha perfectly!

I had this on Monday as an iced latte, and it was pretty tasty. Definitely heavier on the cream than the peach for me, but I wasn’t sure if that was just due to the milk that was added.

So I’m finishing it off as a cold brew today, and the cream flavor is definitely the dominant one for me. There is some peach in there, and it comes out a bit more in the aftertaste. It’s reminding me a bit of peach ice cream, which tends to be very creamy with a subdued peach flavor. There’s also an odd waxiness to it? Which is making me think of those wax bottle candies that are filled with liquid, and you have to bite the top off to drink it.

So overall, it’s a bit mediocre for me? But I guess that’s because I just wanted more peach out of it.

Finally got more dish soap so now Smoothie Town is open again! (Why they gotta use up so many dishes?) Anyway, this was a new-to-me matcha so I whisked it up as a latte to sample first before adding the fruit and yogurt.

I recently switched from sweetened (vanilla) oat milk to regular oat milk because so many of my matchas were filled with sugar and it was just too much, but the last few B&B ones I’ve had have not been sweetened, and since I do find matcha a bit bitter on its own, I definitely think this particular latte would’ve benefited from the vanilla oat milk. It actually had a very vibrant, grassy matcha taste (but along with that, was just bitter enough that at least for my preferences, the latte would’ve needed some sweetening… which I didn’t add since I would be throwing it in a smoothie anyway). But I did get the flavor profile they were going for — there is a noticable peach note, and an even stronger cream/vanilla note, which was coming through even though my latte was a bit on the bitter side (and why I think vanilla oat milk would’ve made this one amazing).

Added it with peaches and some vanilla yogurt (there’s some sweetness!) in the blender and gave that a quick sample before stashing the rest for my breakfast tomorrow. Aaaaaaaaaaaah, there we go! Both the peaches and cream were taken over the top, and the bite from the bitter bite from the matcha itself was completely smoothed out. It was so good. Still a nice grassy element too, but sweet and tempered.

The best before date on this is May 2021 so it seems as good a time as any to get this sipdown in.

I think I have only had this in smoothies in the past so its nice to get to try this without those added ingredients. It does have a very clear peaches and cream flavor, which is nice. It is also a bit chalky though, which is less nice. That is likely due to the matcha itself but it sort of connects to the “cream” component of the flavour and makes it that weird artificial peaches and cream taste.

This was a pretty tasty last cup (or rather, matcha bowl) of this tea – it’s definitely really heavy on those cream notes, and the peach flavour is juicy and bright. I regret not trying it as a latte, just a little bit. However, after having it a second time I don’t feel as though I need to have it back in my cupboard; the peach flavour is very similar to DT’s peach matcha – just less sweet. However, the cream note has a really artificial finish that I think I’d get tired of quite quickly. With how cheap and accessible the DT version is for me in particular, I think I just have to stick with that one for my peach matcha needs.