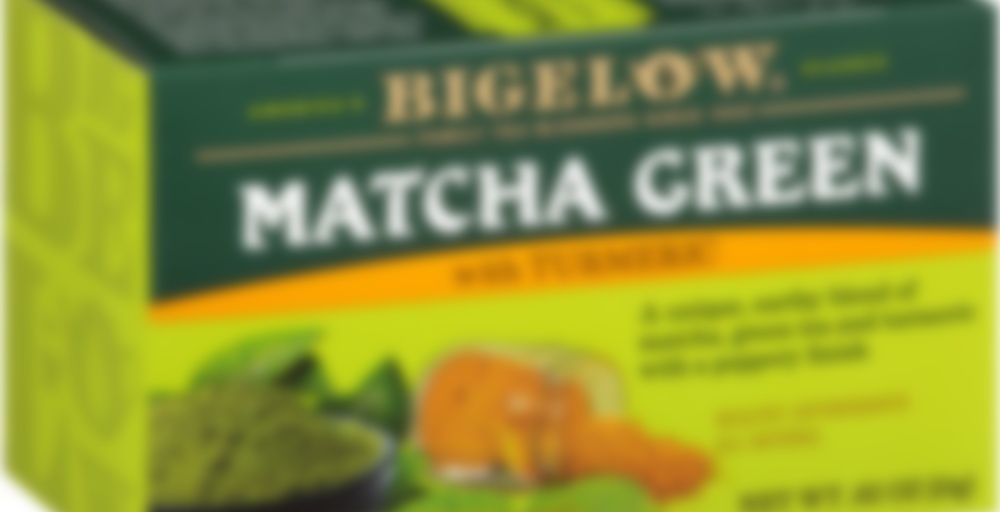 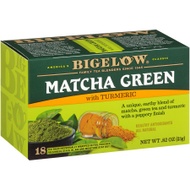 A unique, earthy blend of matcha, green tea and turmeric with a peppery finish

Wow. Despite my parents simply buying this at the store, it wasn’t on here. Odd.

Anyway, I had a couple cups of this over the weekend as I was at the folks’ place and pickings are slim. I really need to get a couple boxes of decent bagged stuff over there for when I visit. Anyway, drank a mug of this, decided I didn’t like it, then tried a second mug to be sure.

This tea would be much better without the fennel. As many of you know, I am not a licorice person, so the addition of fennel you’d think would scare me off, but I decided to try it anyway. Nope, it had way too much of that pungent licorice flavor. The green tea was also present, which was nice, but the tumeric was sadly muted, drowned out by the fennel. Also, despite this being labled as Matcha, I got absolutely no matcha flavor from it. I’ve only had matcha one other time though, so I don’t have much to go by, other than the pure matcha I had was very grassy and this wasn’t grassy at ALL. There was just no grass there. But lots of fennel though!

There were some other spices and flavors involved with a noticeable floral note, and upon drinking the second cup decided it isn’t the worst thing ever. In fact, I can even tolerate it if it’s brewed weak and no sweetener added (the same combo I discovered with the other licorice tea I had recently). I probably wouldn’t drink this again, but if you like licorice flavor… you know what, skip it anyway. There’s much better offerings out there. From an objective standpoint, this isn’t sewage water, but it misses good by a long shot. Pass on this one.