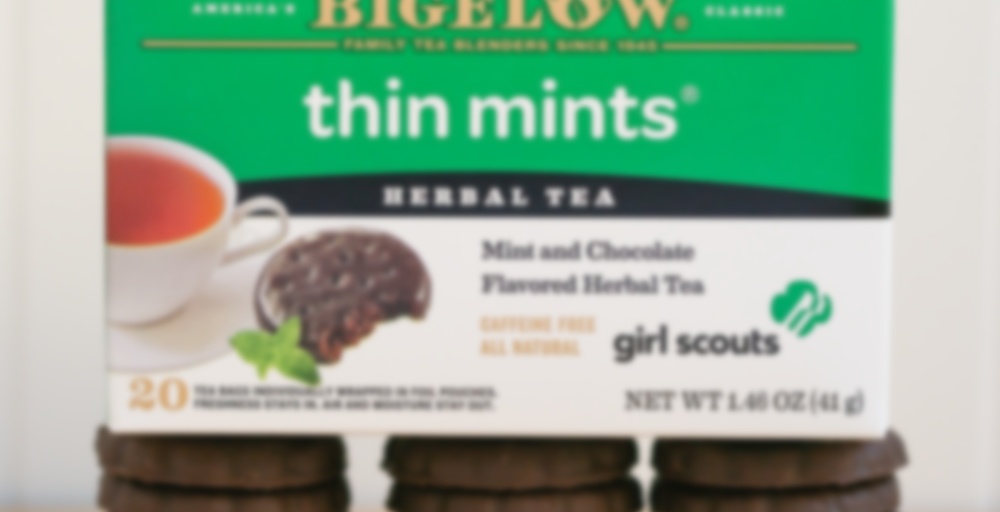 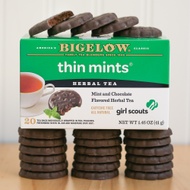 A blend that starts with a smooth chocolate taste followed by a burst of mint, giving your palate a flavor sensation sure to blow your mind

The Path of Tea

A tea I have received just before holidays from postcrossing, postcard link here: https://www.postcrossing.com/postcards/US-7096930

I don’t know why, but it seems a bit festive for me. Scouts don’t sell here any snacks, so at least a little chance to get know again something known to me just from movies and series. Although I am pairing it with the chocolate I wrote about a few days back (Thortons Mint Crunch), this is a liquid.

Of course, I had a mint chocolate before. As for me, I prefer chocolate plain. Nuts causes toothaches often to me and other things added I never was very fan of (though Studentská pečeť (Student’s Seal) have a special place in my heart)

The dry bag had kind of weird aroma. The mint was strong and then there was something less pleasant. Like a some musty cocoa? I decided to brew it anyway, as I just wanted to have my day tea quota.

Steeped for suggested 4 minutes; with almost boiling water. It’s quite creamy with menthol twist; and luckily not that strong. Not sure about the cocoa… chocolate, or what should Thin Mints be like. Are there some filling, biscuit or something? I don’t know! Are they baked by scouts themselves?

The tea from Bigelow is tasty though. Not a tea I would really need to have in my cupboard, but certainly a nice experience. The chocolate wins though, as it isn’t that cloying as the tea. I blame the chicory with licorice is making the swallow bit cloying.

Bigelow also did a chocolate/coconut spinoff of a Girl Scout cookie (Samoas) that was far too chemical tasting for my liking—disappointing, because I love the cookies!

Chicory is not an ingredient that would cause the taste to be cloying. Chicory has been used, in the past, as a coffee substitute and in New Orleans, certain brands of coffee are still part chicory. I bet it’s that Devil Licorice that’s doing it.

And Thin Mints. There are Girls Scout cookies by that name but there is also a choclate that used to be considered a digestif-an ‘after dinner mint.’ You could say, for lack of a better description, that they are candy. A miniscule layer of mint sandwiched between two thin layers of dark, semisweet chocolate. https://www.amazon.com/Andes-Creme-Menthe-Mints-120-Count/dp/B0015A2W32/ref=sr_1_1_sspa?dchild=1&keywords=thin+mint+candy&qid=1608931497&sr=8-1-spons&psc=1&spLa=ZW5jcnlwdGVkUXVhbGlmaWVyPUFLTUFCNk5CQTlTQzAmZW5jcnlwdGVkSWQ9QTA0OTYxODIxTDNPTkFXWTU1WDFMJmVuY3J5cHRlZEFkSWQ9QTA1MTA2MjQyWUUzSlZKUE4wQkhNJndpZGdldE5hbWU9c3BfYXRmJmFjdGlvbj1jbGlja1JlZGlyZWN0JmRvTm90TG9nQ2xpY2s9dHJ1ZQ==

gmathis: what a shame; I would prefer chocolate/coconut cookies too.
White Antlers: Ah yeah, I think I get the concept. It reminds me a bit After Eight chocolate. I guess it will be pretty much same. Yep, chicory won’t be cloying, but licorice is, very probably.

chicory is the root and endives are the leaves of the same plant, and proud to say this is a typical Belgian product. I remember my grandfather having chicory infusion (instead of coffee indeed…I think we call it the poor man´s coffee, although times have changed and access to coffee as well). The drink is dry and bitter and I reckon it needs a while to get used to ;-) But I agree with White Antlers, it shouldn´t cause the taste to be cloying, rather the opposite as described above. Licorice can and will be, however.

Yep, I think I confused chicory for something else :) It was quite popular here too.

M Mack sent a bag of this along with some teas I bought. Thanks so much! It was a delight to find as I didn’t know it existed! I wasn’t expecting much though, as the ingredients list some odd things that I wouldn’t think would add up to a Thin Mint (licorice, chicory, rose hips?!?!) but the result is actually quite delicious. I’d say it is pretty spot on to those delicious cookies. I’m very happy none of those previous mentioned ingredients seemed to be present. ick. Somehow the brew is even the color of a Thin Mint despite being a caffeine free tea and not a black tea. I would say there is more mint flavor than chocolate flavor but it’s shocking how close the flavor is to the cookie here. I’d buy this one.
Steep #1 // 10 minutes after boiling // 3 minute steep
Steep #2 // just boiled // 5 minute steep

This has a very sharp minty flavour with a background of sickly sweet chicory root and a smooth cocoa butter flavour. It could do without the chicory, but overall it is a solid chocolate mint bagged tea. It also does well on the second steep.

Clever, clever marketing: Bigelow has (as best I can tell) repackaged their Peppermint Bark herbal tea—which is mildly chocolate, briskly mint, and generally pleasant—with a Girl Scout cookie wrapper and set it back on the shelves for another season. Hey, it worked—box caught my eye and was in my hand until I read the ingredient list and realized I had plenty of the same stuff at home.